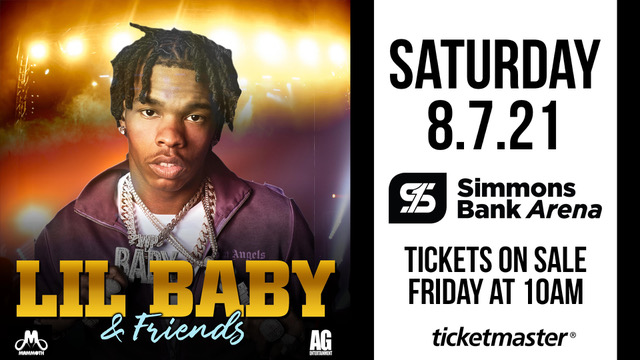 On Monday, it was announced that the rapper Lil Baby will be adding Central Arkansas to his touring schedule. The concert will be at the Simmons Bank Arena in North Little Rock on Saturday, August 7, at 7 p.m.

Tickets go on sale Friday, June 25, at 10 a.m. You can purchase them at through Simmons Bank Arena box office, or online at www.ticketmaster.com.