Razorbacks Are Gearing Up for Baseball Season! 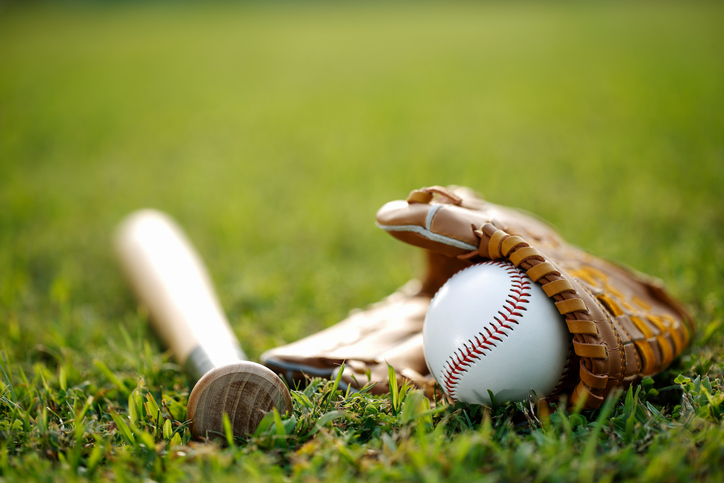 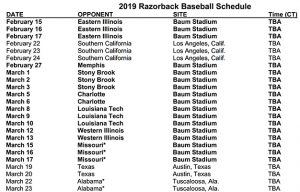 Now that football season is completely finished, it’s time to head back to the diamond – the baseball diamond.
The Arkansas Razorback baseball team is getting ready to kick off its 2019 season this week, and we can’t wait to cheer them on! Starting Friday, February 15, the Razorbacks will play a triple-header against Eastern Illinois at Baum Stadium.
After this, the Razorbacks will head to Los Angeles to face off with Southern California for a three-game series. From February 27 to March 17, the Razorbacks will face all their opponents at home. During this stretch, Arkansas will begin playing conference games against Missouri.
Starting on March 19, the Razorbacks will have a six-game stretch on the road. They will play Texas in Austin, Alabama in Tuscaloosa and Missouri State in Springfield. 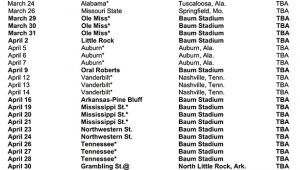 Arkansas will get in the thick of conference play in March and April, playing Ole Miss, Auburn, Vanderbilt, Mississippi State and others. It’s going to be a wild ride!
Check out the full schedule.
Arkansas is coming off a hot season in 2018, with 48 wins – the most under Coach Dave Van Horn in his now 17 seasons with the Hogs. Under Van Horn, the Hogs reached the College World Series – their ninth – and were national runner-ups in 2018.
In a U of A press release, Van Horn says that the Razorbacks will be facing a roster full of competitive teams. “Last year was a testament to what a quality schedule does for a team throughout the year. I don’t think this year is going to be any different. We have 25 games against teams that were in the NCAA Tournament last year and nine against teams that either won their conference outright or won their conference tournament. It’s a good schedule and is only going to make us better,” he says.

Must-See Games
Razorbacks vs. Eastern Illinois
It is the opening weekend, after all!

Razorbacks vs. Ole Miss
Ole Miss had a stellar season last year. Let’s see how they are this season.

Razorbacks vs. Tennessee
Tennessee isn’t always the strongest competitor, but they can surprise you!

Razorbacks vs. Vanderbilt
It will be a drive, but we’re waiting to see what Vanderbilt brings this year.