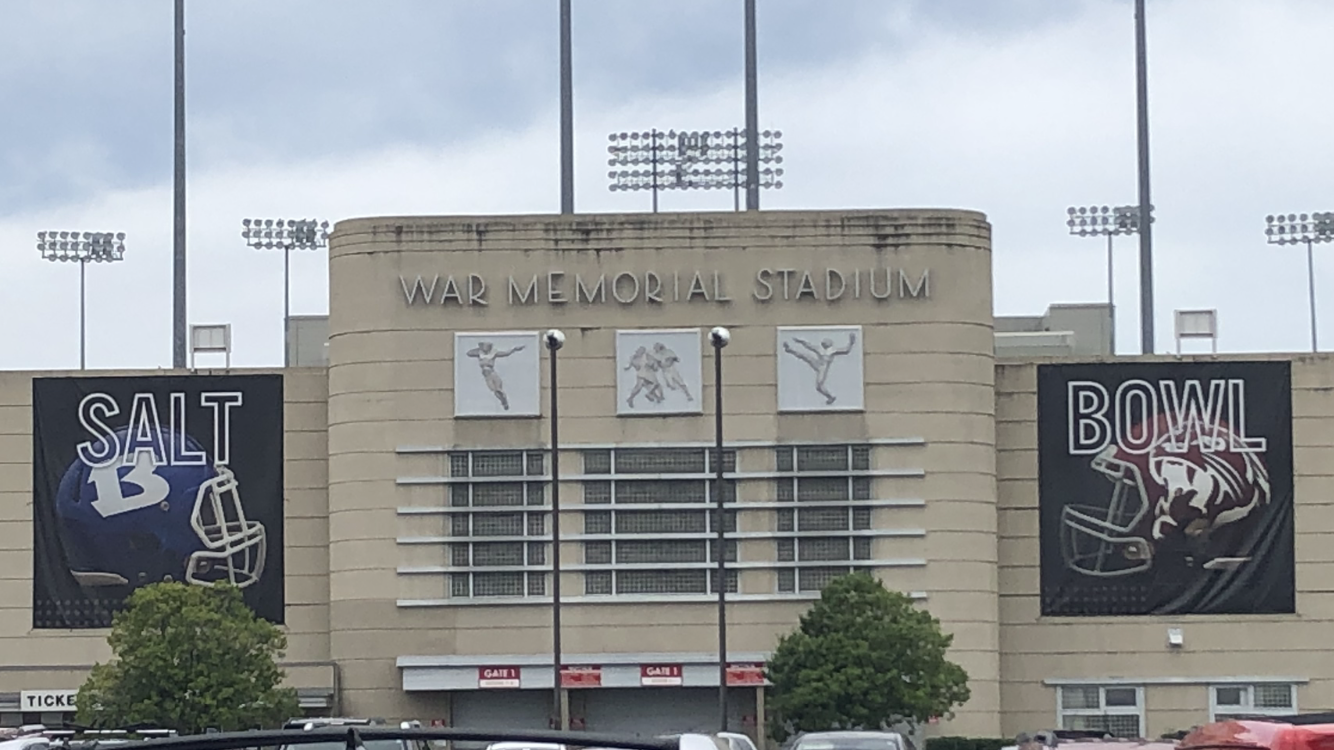 The University of Arkansas has added additional games that it will play at War Memorial Stadium in Little Rock, including a match-up against the Arkansas State University Red Wolves.

On Wednesday, Feb. 3, the University of Arkansas announced that it had amended an existing agreement with the Arkansas Department of Parks, Heritage and Tourism, concerning games at War Memorial Stadium. Under this amended agreement, the Razorbacks will play two additional football games to Little Rock, and the university extended the agreement through the 2025 season.

“We are grateful to the Arkansas Department of Parks, Heritage and Tourism and War Memorial Stadium for working with us to be able to host some historic in-state matchups at War Memorial Stadium, while also allowing us to host Southeastern Conference games on our campus,” Arkansas Vice Chancellor and Director of Athletics Hunter Yurachek said in a statement. “The Razorback program belongs to our entire state and as we have shown in many of our sports, it is important that we continue to maintain a presence in Central Arkansas. It is also essential we provide our coaching staff the opportunity to showcase our campus during SEC games to potential student-athletes.”

Perhaps the biggest development is an in-state match-up between the Razorbacks and the Red Wolves. As Evin Demirel chronicled in Arkansas Money & Politics in 2019, the University of Arkansas has unofficially banned its coaches from playing other in-state sports teams since the mid-1990s, as part of a strategy to “turn the state of Arkansas into Razorback country.”

Since the elevation of Hunter Yurachek to the UA athletic director, there has been a thawing of relations between the state’s sports programs. Multiple sports programs at UA, including baseball and basketball, have scheduled games against each other in recent years.

According to A-State athletic director Terry Mojahir, there had been discussions about a football match-up between the Red Wolves and Hogs dating back to 2019. In an April 2019 interview with 103.7 The Buzz, Yurachek said, “I’m not going to say that it’s never going to happen, but what I’m going to say right now is we’re just taking a step. And that step is to open that up to schools within the system, and that’s what I felt comfortable with. You know we just weren’t ready to rip off the Band-Aid.”

With the scheduled game, it appears that the Razorbacks are preparing to rip off the band aid.

The Razorbacks also set a non-conference game with the University of Alabama at Birmingham in Fayetteville for Sept. 14, 2024.

READ MORE: Hogs-ASU is Closer Than You Think