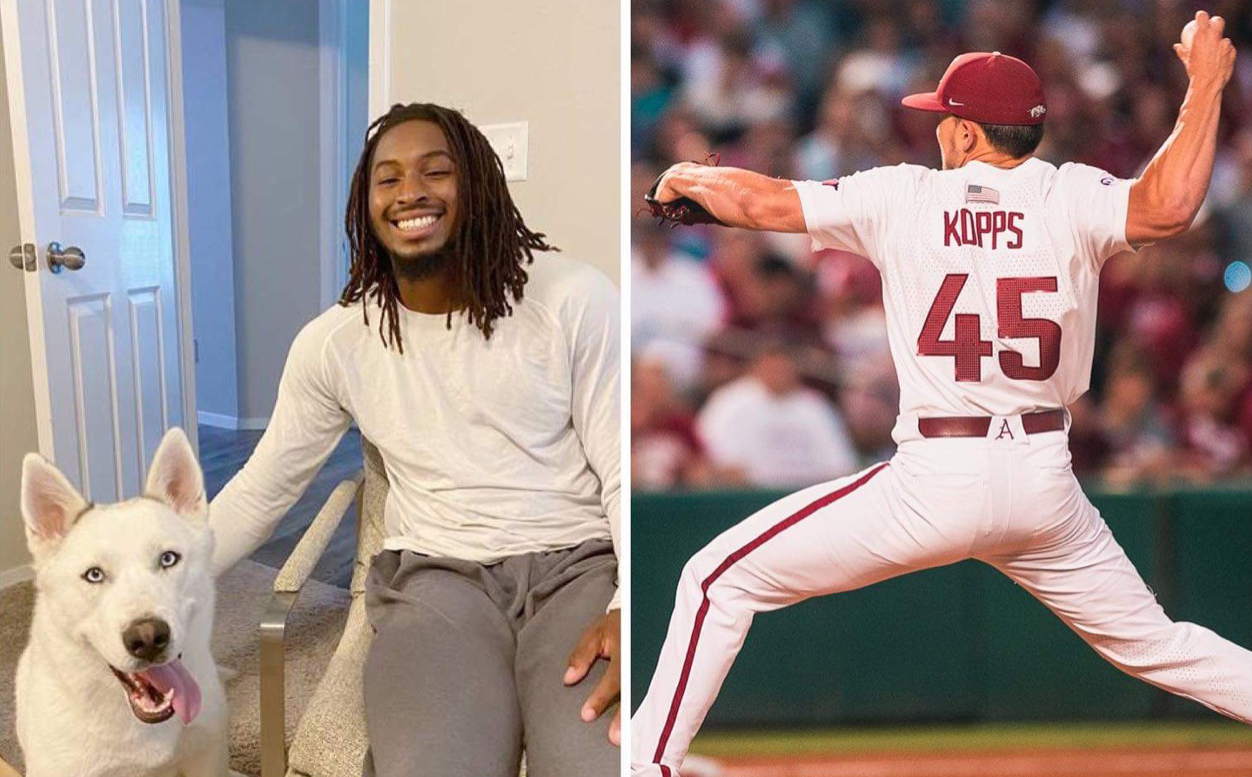 It’s only been about a week since the NCAA’s new Name, Image and Likeness (NIL) rules took effect, but many Arkansas Razorbacks student-athletes have already been capitalizing on the opportunity. The new interim policy, adopted on July 1, suspended the previous NCAA NIL rules, which prohibited college athletes from particular compensation and profits, such as sponsorships.

“This is an important day for college athletes since they all are now able to take advantage of name, image and likeness opportunities,” NCAA president Mark Emmert said in a statement leading up to the rule change. “With the variety of state laws adopted across the country, we will continue to work with Congress to develop a solution that will provide clarity on a national level. The current environment — both legal and legislative — prevents us from providing a more permanent solution and the level of detail student-athletes deserve.”

According to an NCAA press release, the new NIL policy provides the following guidance to college athletes, recruits, their families and member schools:

The first announced endorsement came from the hands of Trey Knox and the paws of PetSmart, featuring both the standout wide receiver and his dog, Blue.

We’re so excited to be partnering with Arkansas wide receiver, Trey Knox. We’d do anything for pets and Trey would do anything for his pup, Blue. @Fbu1Tk #AnythingforPets pic.twitter.com/TZztDfqNpA

“I have always been proud to be a student-athlete and an Arkansas football player, but I am just as proud to be a dog dad to Blue,“ Knox said in a statement. “It was a clear fit to work alongside PetSmart in this game-changing opportunity showcasing my love of Blue and how PetSmart fills all her needs.”

Other Arkansas athletes, such as men’s basketball players Davonte Davis and Jaylin Williams, posted on social media an open invitation for businesses that would like to partner with them. Williams would later share that he is available to book on Cameo for paid-for personalized messages, such as shout-outs or birthdays. According to his profile, he can be booked at $25 per video.

As of July 1, 2021, I will be able to capitalize on my name, image, and likeness. Any business, local or national, that would like to use me and/or my social media as a platform to promote your business and/or brand, please feel free to contact me.

The new NIL deals that Razorbacks and other athletes across the country are capitalizing on are not without rules and some red tape, however. It’s at the behest of the schools to ensure all deals — no matter how big or small — are in line with both state laws and university policies. According to the Associated Press, schools are “scrambling” to manage safety and compliance amid this new landscape.

At the University of Arkansas, “Flagship” was the solution launched in May for student-athletes of the school, designed to help Razorbacks navigate the new NIL waters.

“Just as we prepare and train our student-athletes to compete and succeed in the classroom and on the fields of athletics competition, we are committed to positioning them for personal success with the new opportunities associated with Name, Image and Likeness,” Hunter Yurachek, vice chancellor and director of athletics, said in a statement. “Arkansas Athletics was one of the first programs in the nation to add a senior staff position to lead those efforts and help Razorback student-athletes maximize their potential. By utilizing valuable resources within the Sam M. Walton College of Business and partnering with a variety of other industry leaders, Flagship will effectively serve our 465+ Razorback student-athletes and serve as a model for other intercollegiate athletics programs.”