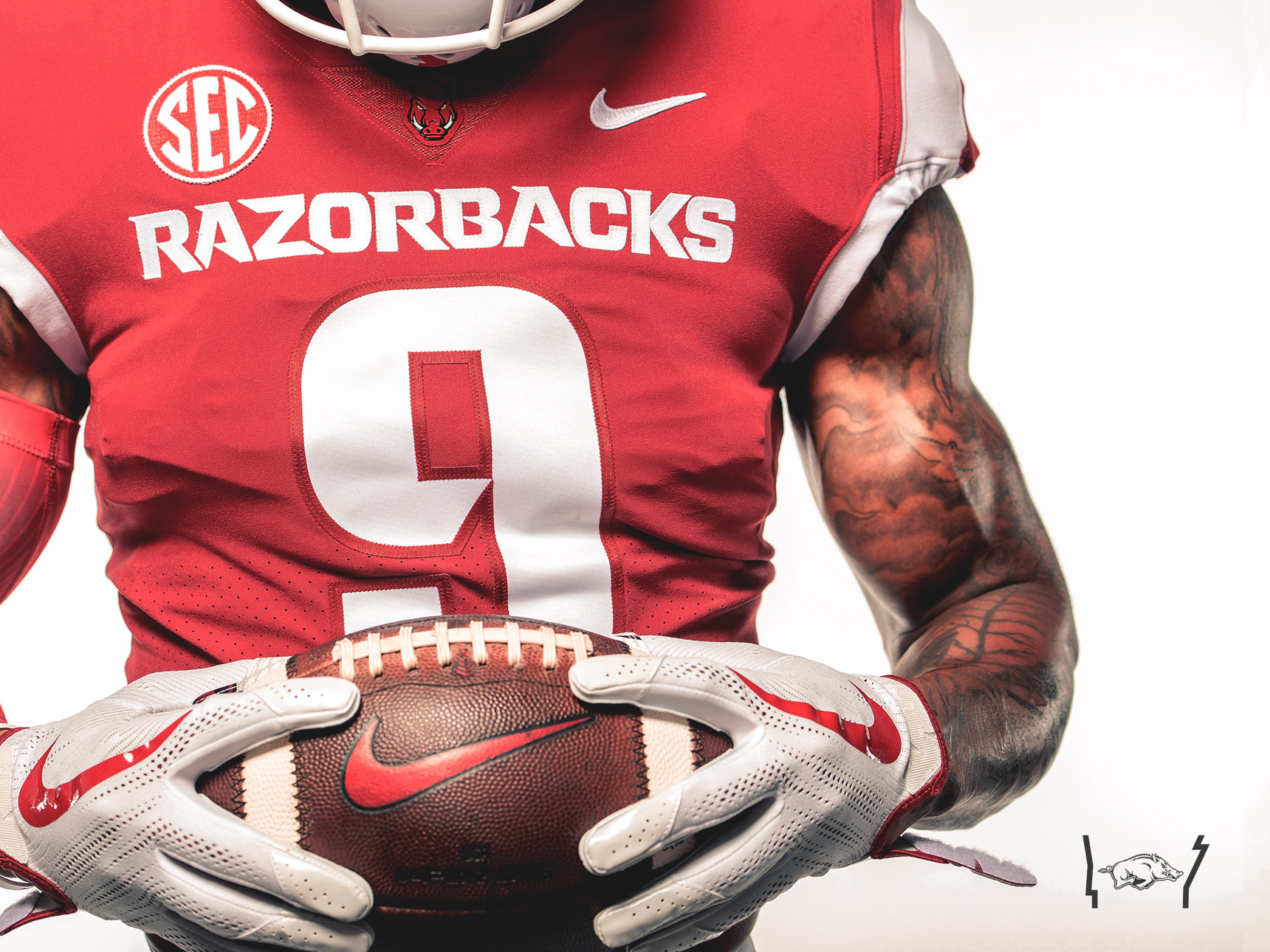 The Arkansas Razorback football team will head into the new season with slightly different uniforms. On Tuesday, the program announced on social media that the football team uniforms had undergone changes, signaling a new era for the program.
The most visable change to the uniforms are the helmets. The Hogs will do away with the matte finish in exchange for what they are dubbing “peal cardinal.”

On their jerseys, Razorback football players will sport only one tusk as opposed to two. The stripe down the side of their pants was also widened and made to look more like a tusk, as well.
The Razorbacks will also be following a trend in college football by converting to white cleats.

What do you think about Arkansas’ new uniforms?