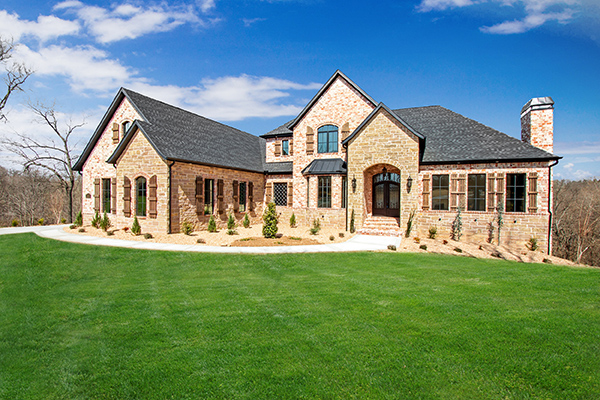 A strong economy in the Natural State means good times for the construction industry, and it’s not a bad time for the real estate market, either. AY About You spoke with different Realtors who have all confirmed the state of real estate in Arkansas’ three metro regions (Northwest, Northeast, and central Arkansas) is solid.

Unemployment is at a record low in Arkansas, and if families are working and wages are up, more people are going to be in the market for a new home.

In central Arkansas, the real estate market has been very consistent for the past couple of years, especially in Pulaski County, according to Casey Jones with The Janet Jones Company. Jones has been in the real estate industry for more than 30 years and has even been ranked Top Agent in the state of Arkansas multiple times.

With a difference of only one unit sold between the same period of time last year, most would say that’s the very definition of a consistent real estate market.

In central Arkansas, Jones says some of the biggest trends he’s seeing in home sales is in desired living space, both inside and out.

“[It’s] what I call the HGTV effect, which has somewhat homogenized the general market’s design and palette,” Jones says.

Social media and television shows that focus on the latest trends and design elements of real estate push those factors to the market at a  much faster pace, according to the central Arkansas Realtor.

“As with most issues, television and social media do not always replicate reality, but it does help to shape and mold the buyers’ demands. This can also eliminate some of the creativity and character from a design standpoint,” Jones says.

Essentially, when high numbers of buyers see the same style or design choice on HGTV and fall in love with it, they all start to desire those things in their local markets when shopping for a new home. And all this can standardize the market because plenty of customers are looking for similar aspects.

If large numbers of customers are looking for the same kind of properties and design factors, that’ll drive up demand. Homebuilders will take note, start to make more of the same, and other styles of homes can fall by the wayside.

Jones says his clients are consistently looking for quality, condition and location.

“From a design standpoint, clients are looking for a family-friendly floor plan that creates synergy and is conducive to family living and entertaining. Outdoor entertainment areas that help create a sense of oasis have become more popular and can add real value,” Jones says.

He adds while the color palette buyers seek is constantly changing, right now soft, light neutrals with splashes of color for accent are still popular.

In central Arkansas, Jones says Realtors face the challenge of keeping up with the pace of the market, as well as understanding how to place sellers so that they’re likely to be successful in today’s market.

The customers Jones sees are typically surprised by the overall pace of the central Arkansas market.

“When dealing with out-of-town buyers, they are often surprised by the vitality and pace of our local market,” Jones says. “Helping to provide an accurate perspective, along with the most current market inventory and values, is a real asset for every buyer.”

Brandy Harp, managing broker with Jon Underhill Real Estate in Little Rock, observes that the real estate market has shifted to a buyer’s market. She says that “buyers are really taking their time to find a house. They’re very thoughtful about what they want.”

And what they want, according to Harp, is the convenience of a turn-key, move-in ready home. Regardless of if the buyer has the money for it, she has seen a shift away from renovation seekers to individuals and families looking for a house that is already set-up for their lifestyle; something that is updated to today’s design trends; a floor plan designed for easy living and entertaining and a kitchen that can accommodate the desire to eat healthier, among others.

In the northeast corner of the state, Jon Moore with RE/MAX Real Estate Centre in Jonesboro says market conditions are great for the seller.

“Inventory is a slight bit low, which is driving prices up some,” Moore explains.

The average price per square foot went from $91 to $96 between those periods, according to Moore.

The biggest trends in the region right now include open floor plans, light colors and white cabinets. Homes in the $150,000 to $250,000 range have flown off the market.

“All new construction has been hot, [with a] large spike in investment properties, too,” Moore says.

One of the biggest market challenges in northeast Arkansas is the number of Realtors has nearly doubled over the past decade, but the property inventory is low, according to Moore. 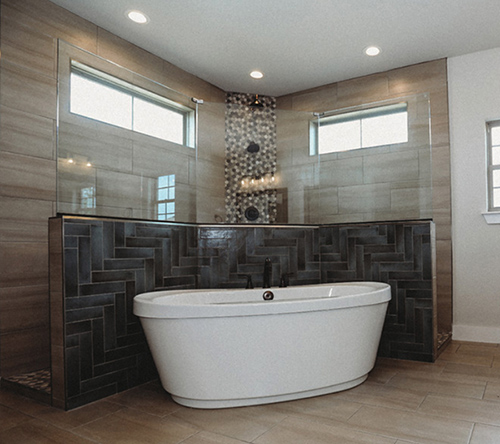 This has led to a big competition in listings with clients who try to sell themselves. Moore says when clients eventually list with him, they’ve typically already had around 10-15 Realtors contact them.

Another impact of this competition is lowered Realtor fees.

“It used to be 6 to 7 percent was the norm, other than new construction, [which is] typically 5 percent. Now you see a lot of homes at five percent,” Moore says of Realtor fees.

Northwest Arkansas is the fastest-growing part of the state, and the thousands of people moving in every year need homes to live in just like everyone else.

Watson typically sees work location as among the most important factor when people in Northwest Arkansas decide where they want to live.

“Years ago you wanted to live way out [in the county],” she says. “I’m seeing more people moving in closer to town for convenience.”

Spring to summer is typically the busiest period for home sales in NWA. Everyone wants to be settled by fall, a natural aspect of having the state’s biggest university nearby, according to Watson.

A little north of Fayetteville, in Rogers, average home prices at the start of 2019 were $263,000, according to Realtor John Kopek with Weichert Griffin. Further north in Bentonville, the average home sale price was $275,000.

The location trend for Bentonville is people wanting to live downtown and be closer to the historic square, Kopek says. Walmart brings in employees from all over the country, and they want to be close to their workplace.

While the economy stays hot, it’s likely the state of Arkansas’ real estate market that will continue to remain solid in these three metro regions.