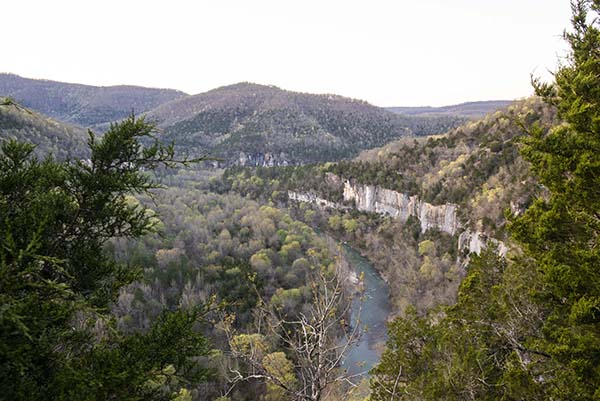 By Angela Forsyth // Photos courtesy of Arkansas Department of Parks, Heritage and Tourism

For the past few years, Arkansans have been fortunate to enjoy the steady climb in tourism that has led to a rise in new businesses throughout the state. We’ve seen hundreds of restaurants, bars, hotels and event venues open their doors, ready to take advantage of the growing number of visitors. Unfortunately, all of that quickly changed when we were hit by the surprise pandemic of 2020. The stream of tourists — and the dollars they brought with them — came to a screeching halt earlier this year when Arkansas was forced to close its doors.

Some might be surprised to hear that tourism is one of the biggest economic drivers for the state. We might not have the international destination presence of New York or the beach vacation reputation of Florida, but our parks, lakes and mountains draw visitors in droves. In fact, according to the state, we saw 36 million visitors in 2019, a 10.2 percent increase over the year before. 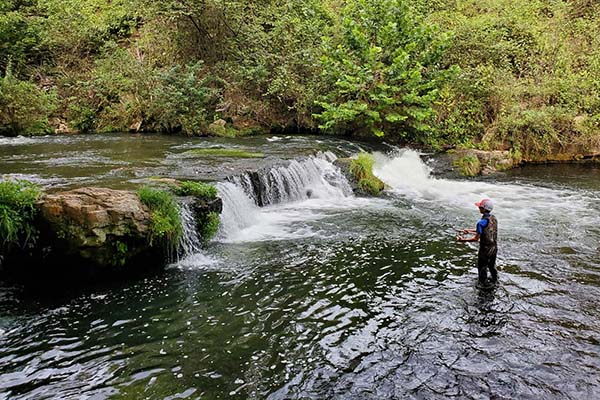 The tourism and hospitality industry is a significant source of employment and revenue for Arkansas that is second only to the agriculture industry. That’s why when Arkansans first started following social distancing guidelines in March, we started to see some businesses decline, and when the state banned recreational travel to outsiders on April 4, we really felt the burn. Beyond the closure of businesses and attractions, we saw the canceling of events — sports games, concerts, festivals. Even national parks were shut down because their popularity might lead to overcrowding and make it difficult to socially distance.

By April, Arkansas’ income from tourism was down 65 percent (based on collected tourist tax) compared to April of the previous year. A month later, Gov. Asa Hutchinson allowed outside travelers back in, but still required a two-week quarantine from some hot spots. Then, in June, there was a total lift of the travel ban into the state. With each loosened restriction, tourism has slowly increased, but we’re still at a loss compared to last year.

Secretary of the Department of Parks, Heritage and Tourism Stacy Hurst admits there is “certainly room for concern” for the tourism, travel and hospitality industry. “But the outlook for tourism in Arkansas is promising, and I’m confident that we will rebound and build back to a position of strength.”

According to Hurst, hotels and convention centers have been hit the hardest. Indoor tourist attractions such as restaurants, museums and concert halls are also struggling.

Strength in the Outdoors

While indoor businesses struggle, those that are able to offer outdoor services are faring much better. Outdoor opportunities like camping, hiking trails, cycling and fishing are seeing increased use and visitation. Cabin rentals are strong and so are visits to state parks and other natural areas. That’s good news for business owners like Ben Milburn of Buffalo River Outfitters, who has managed to gain back some of his initial losses.

Milburn says his company has had a good season and has recovered from the state and national park shutdown that took place a few months ago. Changes have been necessary, but by making some adjustments — such as regularly deep cleaning cabins and rental equipment and asking customers to drive their own vehicles rather than using shuttles — he’s been able to stay open. “We were fortunate that none of our employees were infected and are still able to provide great service and adventure opportunities to people visiting the Buffalo National River and the Ozark Mountains,” he says. 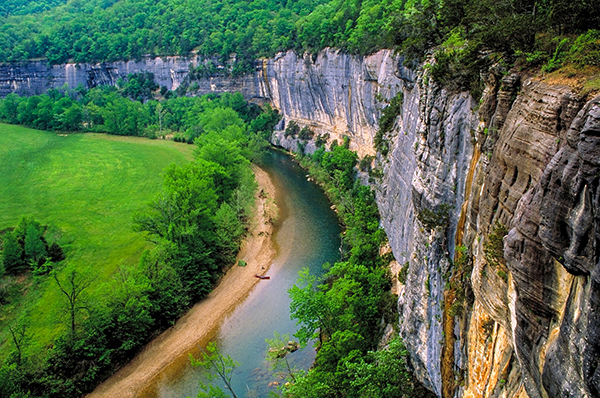 The Little Rock Zoo is another tourism-based business that has been able to capitalize on its outdoor opportunities. When state restrictions forced the state’s only zoo to shut down during the spring — its busiest season — things looked dim. It meant the zoo was missing out on the large number of school groups that typically visit on field trips during that time, as well as families who normally visit on spring weekends drawn in by the great weather. “Not having people at the zoo during this time has had a major financial impact on us,” Zoo Director Susan Altrui admits. It wasn’t until June 29 that the zoo was finally able to open its doors again after being closed since March 16.

Reopening has meant making changes to adapt to current guidelines. The zoo now requires visitors to reserve tickets in advance to keep the park occupancy lower. It has also closed all indoor areas and added hand-sanitizing stations throughout the park.

“I am happy to say that as of the months of August and September, things are really starting to look up,” Altrui says. “Our attendance has been up compared to this time last year, and our revenue is regaining ground.”

The zoo still expects to finish the year well under what it earned last year, but Altrui is grateful it is back on track. “If the COVID-19 pandemic has taught us anything, I think it’s taught us how important our parks and the zoo are,” she says. “We’ve relied heavily on outdoor attractions to help us get through this rough time, and things like the zoo have been respites for families needing a break from the monotony of computer screens and isolation. Connecting with nature is more important now than it’s ever been.”

Innovation has been key for the survival of businesses that rely so heavily on tourism. While the zoo was completely closed to visitors, it launched a Facebook live series to stay top-of-mind and in people’s homes. The virtual series also gave the zoo an opportunity to take online donations.

Earlier this year, the Bentonville Film Festival (BFF) was also forced to switch over to a virtual version. The BFF is a favorite annual event for locals and visitors who come from all over the country to view independent film screenings, attend live interview panels and witness a few celebrity sightings. Normally, it takes place in late April, but it was postponed to August with the hope of keeping it as an in-person event. As the rescheduled date got closer, it was apparent the festival could not be held as planned and the committee chose to adapt to a virtual version of the festival rather than cancel altogether. The event went on with a mixture of drive-in theater and virtual moving screenings, and live panel discussions were conducted over Zoom video. 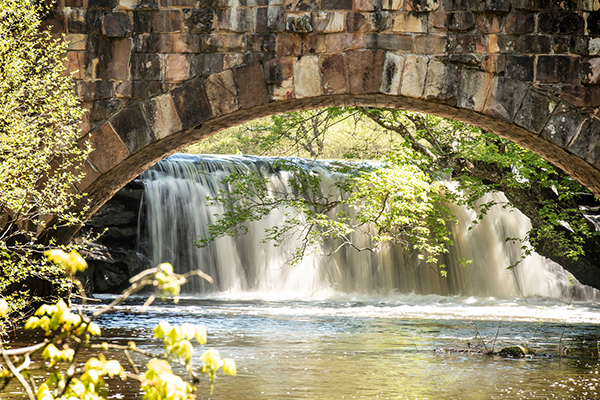 Visit Bentonville President and CEO Kalene Griffith says Bentonville tourism is projecting a loss of 42 to 45 percent this year, which includes declines in leisure and corporate travel. Crystal Bridges of American Art, along with other museums in the area, reopened in mid-summer with reserved time tickets and limited occupancy, but the outdoor trail usage is where people have gravitated more. To meet the financial challenges, the group has come together to reevaluate budget priorities.

“Our team and community have pivoted during the crisis to focus on supporting local business, while at the same time encouraging travel with safety efforts for those ready to visit our city,” Griffith notes.

The group has looked for collaboration opportunities with other businesses locally and throughout the state and has created low-cost projects, such as the Bentonville Public Art Scavenger Hunt, to help draw people to hotels and restaurants.

In May, toward the end of the state’s fiscal year, the Department of Parks, Heritage and Tourism made pretty dismal predictions for Arkansas’ next fiscal year.

“Fortunately, although our collections aren’t great, they have not turned out as bad as we predicted,” Hurst explains. “Some sectors like hotels continue to struggle, particularly in larger cities that typically enjoy convention business or high business-related travel.” 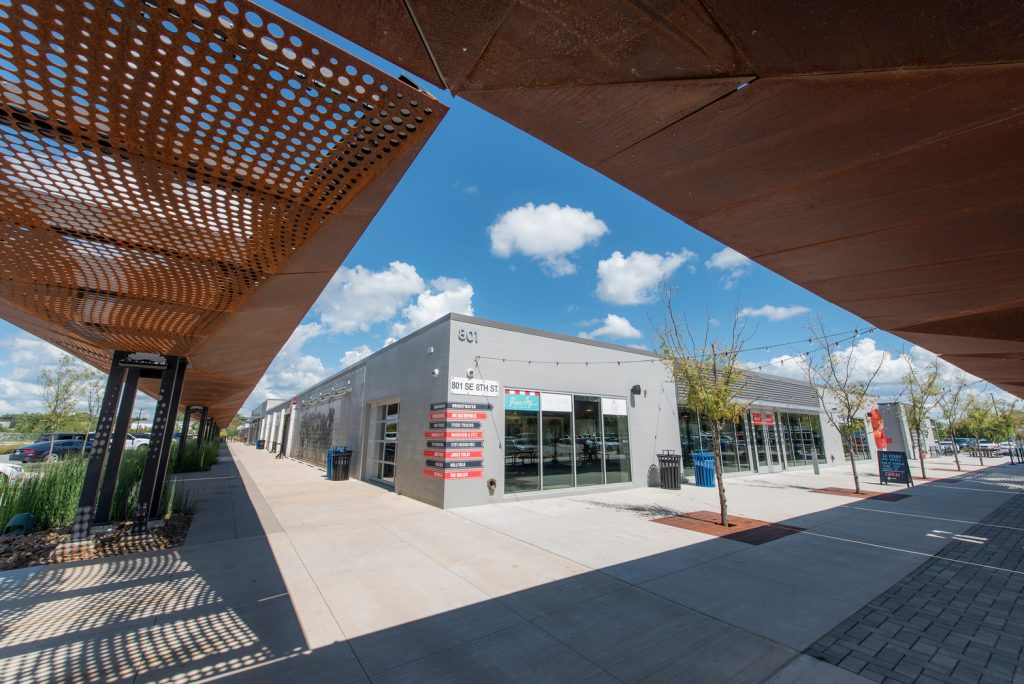 “Arkansas continues to offer robust opportunities to enjoy the beauty of the outdoors with lots of new products coming online like mountain biking trails and backcountry aviation,” Hurst says. “We’ll continue to promote the ways people can safely visit and enjoy Arkansas.”