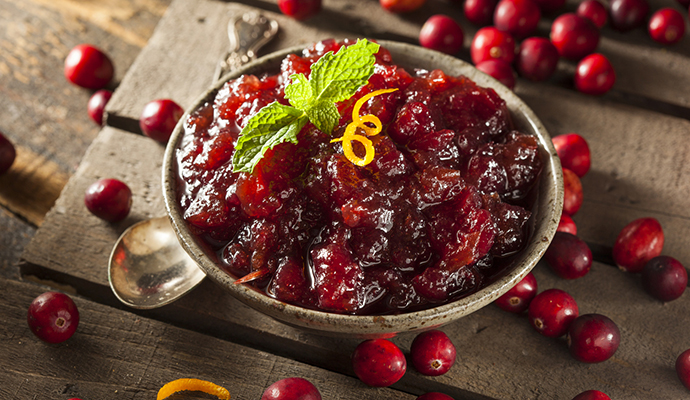 You’ll never eat canned cranberry sauce again.  And you’ll have your ole’ friend Lisa Fischer to thank.  I found this recipe in 2003 when I was a subscriber to Bon Apetit magazine.
For 15 years, I have prepared this or had the recipe tucked away to give to friends, as it is an often-requested recipe. You still have time to run to the grocery store to procure the almighty cranberries. As the magazine says, bon apetit!

Cranberry Sauce with Marmalade and Cinnamon