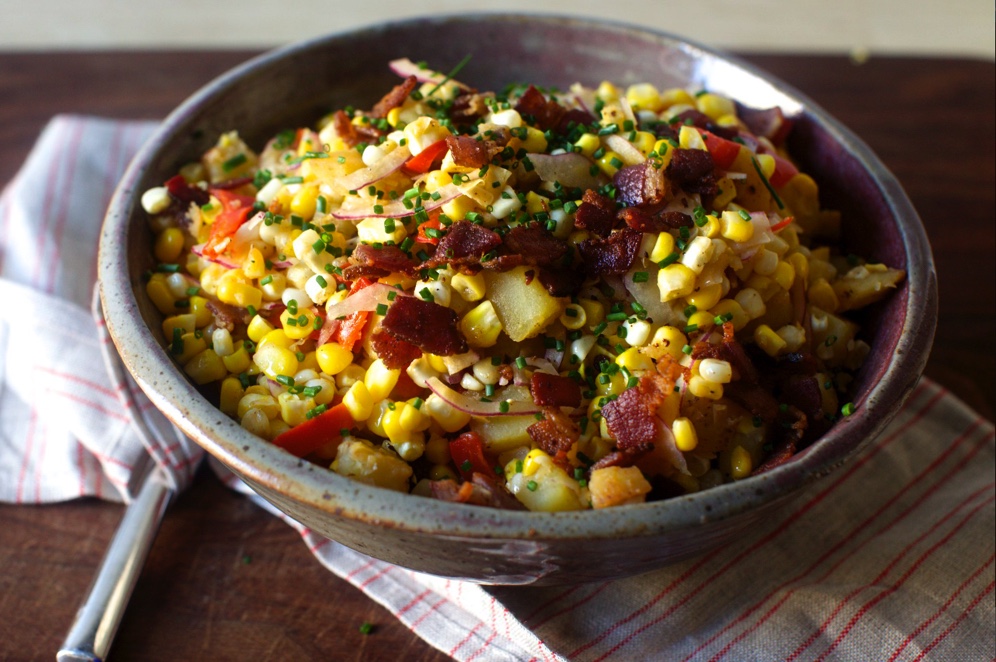 Labor Day recipe right here, everybody! Alert! Alert! We all know that we are supposed to have ribs and burgers. But what about the sides? Who wants corn and bacon and potatoes? Well, everyone who loves carbs does, that is.

2 red bell peppers, cut into 1/2-inch dice (although I made mine smaller) 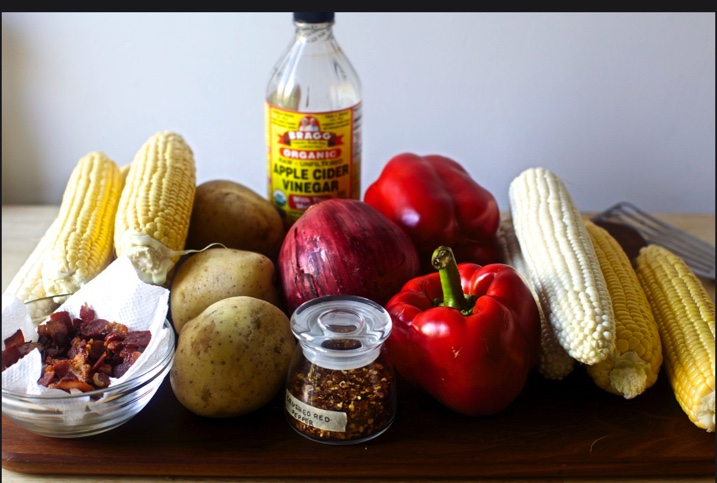 Fry potatoes, peppers and corn: Pour off all but 3 tablespoons of the bacon fat in the skillet. Add potatoes and cook over moderately high heat until they start to brown, about 3 to 6 minutes. Stir and cook for about 2 minutes longer, until almost tender; they’ll finish cooking with the other vegetables. Add diced red peppers and cook, stirring occasionally, until potatoes and peppers are tender, about 5 minutes. Add the corn kernels and cook, stirring, until heated through but still crisp, about 3 minutes.

Assemble and serve: Transfer vegetables to a large bowl and stir in the onion, cider vinegar and bacon. Season with red pepper and salt to taste. Serve warm, or at room temperature.