Red Hair Don’t Care: ‘Annie’ Makes its Debut at the Wildwood Park for the Arts 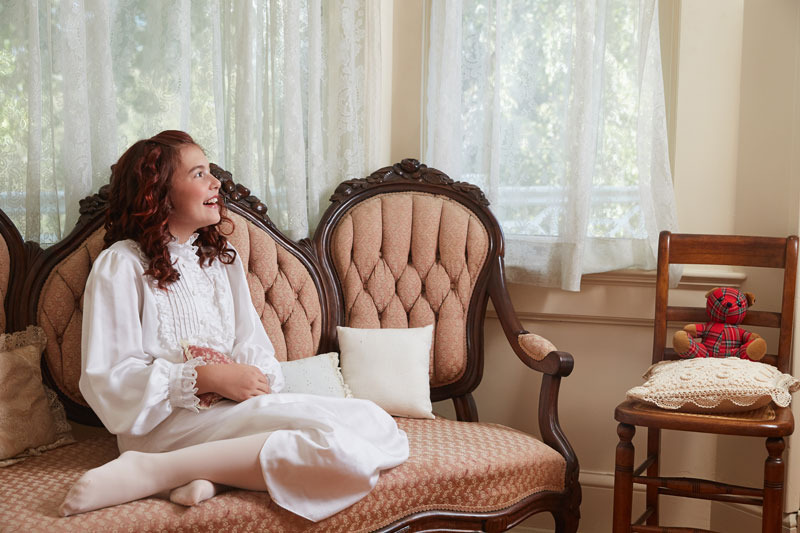 [dropcap]A[/dropcap]s a vocalist and actor with more than 30 years of experience, Robert Holden is no stranger to taking command of the stage. His baritone bravado and precise portrayals have captivated audiences across three continents, earning him critical acclaim both at home and abroad. Yet, although this Arkansas resident is right at home on stage for his recent role as the stern yet kindhearted Daddy Warbucks in the Wildwood Park for the Arts and Praeclara production of Annie, anyone who knows him well knows there is something keenly missing from him in this performance: his hair.

To truly transform into character, Holden decided to lose his legendarily luscious locks.

“Robert Holden’s first rehearsal with the cast was fabulous,” remembers Bevan Keating, artistic director of Wildwood Park for the Arts and Praeclara. “He’s a big, strong, handsome guy. The perfect fit for Warbucks, really. He has a build that can be intimidating all on its own, and a big, bass voice to match, but when he walked into the first rehearsal, the rest of the cast was all agog, because he’d already buzzed his usual lush hairstyle!”

Although auditions were held this past summer, Holden was recruited specifically for the role for his renowned talent and his passion for helping young Arkansan singers get a solid start through his role as professor of voice and opera at the University of Central Arkansas would greatly benefit the talented cast of young performers. In fact, it was one young performer that ultimately persuaded him to accept the role. 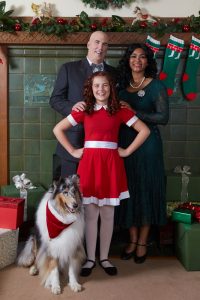 “Upon hearing that I was offered the role, my 11-year-old granddaughter insisted that I take it,” Holden chuckles. “She is very involved in musical theater here in Conway, so how could I say no to that?”

The production runs the weekend of October 27-29 in the Lucy Lockett Cabe Festival Theatre at Wildwood Park for the Arts, where Holden is joined onstage by a talented and diverse cast of Arkansan actors handpicked by Keating and his casting team.

“When we staged The Music Man last fall, we discovered some exceptional talent here in Arkansas,” Keating explains about the decision to perform this iconic production. “There are some really skilled, wonderful kids and parents in our artistic community and we wanted the chance to work with a proper children’s chorus so we could really explore what these kids can do on stage. The young ladies we’ve cast have certainly risen to the challenge.

“We know that our audiences really enjoy seeing promising young people from their community on stage as well. These kids are all from Arkansas, so not only do they get great reactions and interactions with the audience because they’re talented, skilled, and adorable, but also because the audience is looking at Arkansas’s artistic future on stage. Kids, especially “our orphans,” as we call them, bring an excitement and energy to a production that infects not only the audience, but the cast and crew as well.

Taking the title role of the redheaded, little orphan Annie is Ruby Reeves, a sixth-grader at Little Rock Christian Academy who was discovered among the 70 plus auditions held during the summer, about 40 of which were children.

“Ruby’s voice and dance skills, as well as her ease with Sandy, our character puppy, really set her apart,” Keating recalls. “Her audition was utterly delightful, and, in true Annie fashion, she has won the hearts of the whole cast.”

Based off the Harold Gray comic strip, Little Orphan Annie, this Tony Award-winner for Best Musical features music by Charles Strouse and lyrics by Martin Charnin. Annie takes audiences back to early 1930s in New York City, where they meet and later fall in love with a charmingly positive redheaded orphan named Annie. Annie, through the help of her fellow orphans, escapes the cruel world of Miss Hannigan’s (played by Satia Spencer) NYC orphanage through an adventurous journey that includes befriending President Franklin D. Roosevelt (Bruce Rentz), and eventually finding home and family with billionaire Oliver Warbucks (Robert Holden), his secretary Grace Farrell (Brianna East), and a lovable mutt named Sandy (Skye and Cali, two Collies handled by Dr. Vicki Lind, who appears in the production as none other than the dog catcher).

“Annie is a wonderful show for all audience members,” Keating adds. “It’s a show beloved by generations at this point, especially for families. One of the really fun things about Wildwood’s thrust stage is that it brings the action right into the audience and necessitates staging and choreography that is always, always moving and changing and larger than life. Combined with the truly excellent singing, dancing, and acting from our cast, it will be a wonderful way to introduce children to professional theater in the beautiful surroundings of Wildwood Park for the Arts. Productions there are truly an experience, and Annie is a show audiences won’t want to miss.”

Tickets for each production are $30 each ($15 for students). Visit www.wildwoodpark.org or call Wildwood at 501-821-7275 for tickets and more information.

Photography courtesy of Wildwood Park for the Arts