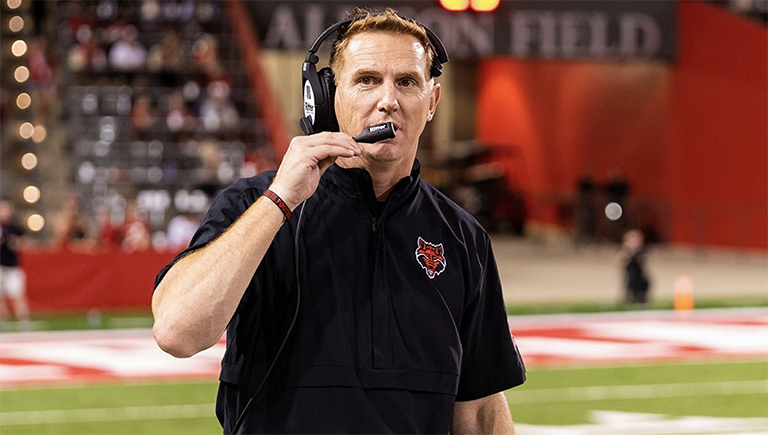 Multiple news reports on Thursday indicated that Anderson will be taking the head coaching role at Utah State. Anderson has served as the A-State head coach since 2014.

A-State has confirmed that Anderson will be resigning to take a role at a NCAA Division 1 Football Bowl Subdivision school.

Anderson will be taking over from Gary Anderson, who was fired in early November 2020, as well as current interim head coach Frank Maile. The Utah State football team has a 1-5 win-loss record for 2020.

A-State Vice Chancellor of Intercollegiate Athletics Terry Mohajir confirmed that A-State would be looking for a new head coach and that the nationwide search would be led by Mohajir, A-State Chancellor Kelly Damphousse and ASU System President Chuck Welch.

“We appreciate Coach Anderson’s contributions to our program,” Mohajir said in a statement.  “He is the only head coach in our FBS history to win two conference championships, and he played for a third while also leading us to six bowl games.  We wish him the best moving forward.”

“We’re excited about this search. We believe we have an attractive program and that we’ll have a great pool of candidates.  We look forward to finding our next head coach to continue advancing our program and building our emerging brand.”

Assistant head coach and offensive coordinator Keith Heckendorf has been tapped to serve as interim head coach while the search is ongoing.