Reigning USA National Preteen is Making a Difference, One Classroom at a Time 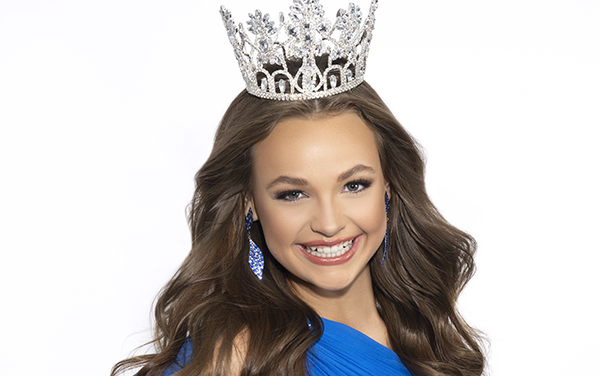 Reigning USA National Preteen is Making a Difference, One Classroom at a Time

Inspire compassion, inspire kindness and inspire Earth. These are the three pillars on which the USA National Miss pageant is balanced upon. For every young girl who comes through the system, these pillars are used to empower and motivate the next generation of leaders to give back to their communities and make the world a nicer place.

Ava Mae Masters, a 12-year-old from Bentonville, was crowned USA National Preteen in the summer of 2021; the first Arkansan to hold the title. She held a state title for three years before donning her national crown and sash — and for her own personal mission to spread kindness, the perfect platform to reach more people.

“I get to do lots of appearances around the community and in schools. I go into elementary and middle school classrooms talking about our national platform of ‘Inspire,’” Ava Mae says. “Our girls do a lot of community service and find what they’re passionate about in our pillars of compassion, kindness and Earth.” 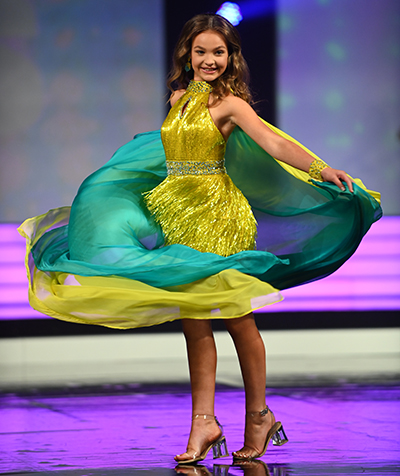 Ava Mae found her passion at an earlier age than most. Second grade, to be exact. Bullying is unfortunately not unique to one age group; it can be found almost everywhere. She made it her personal mission to stop bullying through her 501(c)(3) — “Inclusion Begins with I.”

“I started my nonprofit in the second grade because of a little boy with Down syndrome named Henry,” she says. “He was treated differently by other kids because of his disability, and I didn’t like that at all. Henry was one of my very, very good friends, so seeing what he was going through was hard. So I came up with the idea for Inclusion Begins with I.”

The nonprofit promotes inclusion and being kind to everyone. She advocates for anyone who has been mistreated or bullied, and she’s ready to tell anyone who will listen what it means to be a good human being.

“The mission is not only for kids with disabilities but also just for anybody with differences. Whether that’s race, gender or whatever it may be,” Ava Mae says. “We will be making a website later in the spring for my nonprofit, and I have been able to talk to over 2,000 students in Arkansas about Inclusion Begins with I.”

Ava Mae’s organization has also begun an advocate program that equips people with merchandise, tools and resources for the kindness campaign. There are currently advocates in 12 states, and Gov. Asa Hutchison has declared “Inclusion Begins with I Week” for the past two years in support of her cause.

As part of her role as USA National Preteen, Ava Mae is constantly looking for more opportunities to serve the community, and if those opportunities happen to coincide with her organization, it’s a cherry on top.

“I have been able to get super involved in things relating to my platform,” she says. “I work at my church with special needs students, and they are the kindest, sweetest people ever. They’re awesome.”

The media has consistently portrayed pageants and pageant queens through superficial lenses. The USA National Miss website states that they, “Leave young women empowered, motivated, encouraged, inspired and equipped to reach their full potential.” The girls and women who compete are essentially acquiring the skills needed to be leaders in their communities, nationally and, maybe someday, internationally.

Ava Mae has been in pageants for as long as she can remember, and as she describes her time as a titleholder, one can only assume the pageant world is not for the weak but rather the most strong-willed and strong of heart.

“A lot of pageantry is confidence. I have friends that when they first started doing pageants they had no self-confidence, but after practicing public speaking and being on the stage, they grew so much,” she says. “You also learn how to take care of your community. I do a lot of community service as a national titleholder, but even as a state titleholder — I was a state titleholder for three years — I was able to do tons of community service throughout Northwest Arkansas and Arkansas in general. Whether that was donating clothes, donating food, volunteering at church and all kinds of different things.”

Constantly surrounded by empowered females ready to make a change, Ava Mae looks to one woman, in particular, for guidance.

“My mom works very, very, very hard for her family, and I have been blessed with many opportunities,” Ava Mae shares. She gives a little laugh and adds that her dad also works hard to support their family, but in the spirit of women supporting women, she’s proud of all her mother has accomplished. “She is the hardest-working woman, a loving mother, and I look up to her.”

One skill she most likely picked up from her mother is time management. Between traveling around the country with her fellow USA National Miss queens, growing her nonprofit and seizing every opportunity to give back to the community, Ava Mae is also in the middle of her seventh-grade year.

The young queen is preparing for her final year of junior high, with high school right around the corner. And as though she wasn’t already doing more than most kids her age, she is also a competitive dancer.

“I’ve been dancing since I was 3 and competitively for seven years. I dance for my school, Lincoln Junior High. I love dancing, and it’s a huge part of my life,” Ava Mae says passionately. “Managing my time through USA National Miss, school and dance has really been a challenge, but it’s also been such a great year.” 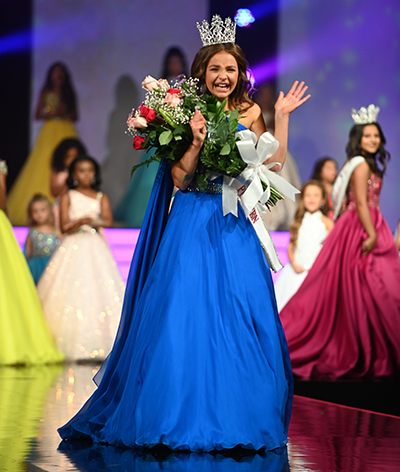 Her 2021 USA National Preteen reign is halfway through, and Ava Mae shares one of many highlights in her experience so far.

“USA National Miss is well-known for their prize package, and part of that is we get numerous trips around the country during our reign,” she says. “I recently got back from Hollywood, California, with the three other older queens. It was the best thing ever. I’ve always wanted to go to [California]; it was beautiful, and it was the perfect time to grow closer to my UNM family.”

The USA National Miss organization holds a special place in her heart, as she has been a part of and competing in the pageant for so many years.

“USA National Miss is faith-based, and I have an incredible director that emphasizes that,” she says. “Anything that we do is always brought back to Jesus, and it’s really been an amazing and eye-opening part of my reign.”

As the new saying goes, things look different due to the pandemic. The pageant world has had to make a few adjustments for queens and competitors to perform their duties, but Ava Mae is rolling with the changes and finishing out her term with positivity.

“We’re not allowed to go into schools and classes to do presentations right now, but we have been doing a lot of virtual presentations through Zoom and talk to students that way,” she says. “It’s been very different, but we’re still going.”

Looking forward, Ava Mae plans to focus on school and prepare for the inevitable day she transitions from junior high to high school. In the meantime, and probably for the rest of the time, she will continue spreading kindness.

READ MORE: Sharing the Love: Black-Owned NWA is a Vital Service for the Region