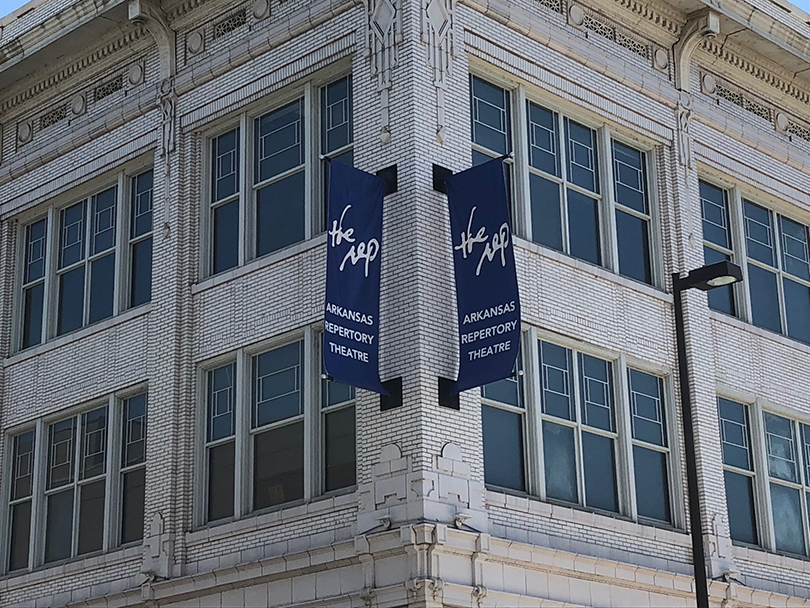 Arkansas Repertory Theatre officials will host an open public forum on June 26 to give its audiences, donors and statewide community members the opportunity to offer constructive input to assist leaders in developing an action plan for the future of the state’s largest nonprofit professional theater.
A town hall style meeting is scheduled for 5:30 to 7 p.m. on Tuesday, June 26 at the theatre in order to learn what is important to Rep patrons and to hear their ideas for a “Reinvented Rep.” The meeting is open to the public.  RSVPs are encouraged (but not required) by calling the box office at 501-378-0405 or emailing info@therep.org.
On April 24, the Arkansas Rep Board of Directors announced the immediate suspension of operations due to significant cash flow issues. Reporting an emergency deficit of $750,000, The Rep also cancelled the final production (“God of Carnage”) of its 2017-2018 season and was forced to lay off two-thirds of its artistic and administrative staff.
“Although the decision was a painful one, we are choosing to focus on the opportunities this unfortunate circumstance presents,” said Ruth Shepherd, Rep board chair-elect.  “We want to stress to people that The Rep is not closing, but we are taking what you might call a ‘brief intermission’ to reassess, refocus and reinvent a theatre that, going forward, is professional, affordable and sustainable.”
“We are taking the time to thoughtfully construct a solid action plan to allow us to do just that, and in doing so, we feel it is essential to involve the community we serve – our loyal and supportive audiences – in any plan for the future of The Rep,” said Shepherd.
Since the April 24 announcement, The Rep has received more than 600 gifts totaling about $290,000 and has secured two challenge grants – one from the John and Robin Horne Foundation and another from the Windgate Charitable Foundation – valued collectively at $1,025,000.
“We have been incredibly encouraged by the outpouring of support and generosity shown not only by our fellow Arkansans, but also from individuals all across the United States,” said Shepherd. “We have actually received donations from friends in 25 states, and it is simply overwhelming to think that – quite literally – half of the country has joined in our efforts to save The Rep.”
Arkansas Repertory Theatre was founded in 1976 with a mission to produce a diverse body of work intended to illuminate the human condition through great storytelling and is the largest non-profit professional theatre company in the state. Having produced more than 350 shows (including 40 world premieres), the 377-seat theatre is located in downtown Little Rock where it serves as the anchor of the city’s Creative Corridor.
For more information, visit therep.org.