One of the things that my family and I try to do is visit the different Arkansas State Parks and wildlife management areas around this great state. It is a unique feature for Arkansas to have so many different places to visit in the Natural State.

Last month, we packed up the Jeep and rolled out to the Rick Evans Grandview Prairie Conservation Education Center, located near Columbus in rural Hempstead County off Arkansas Highway 73. I have to be honest, I wasn’t really that excited to drive that far from Little Rock until I read…“state-of-the-art trap range” on site. Heck yeah, we are going!

The drive down really wasn’t that bad at all; before we knew it, we were rolling in the gates and driving by the big rock that was engraved RICK EVANS GRANDVIEW PRAIRIE. As soon as we got there, we met Casey Hardaway, conservation educator. Since my 17-year-old jumped out of the Jeep first with his shotgun in hand and full trap gear already on, Hardaway said, “Why don’t we make the trap range our first stop?” 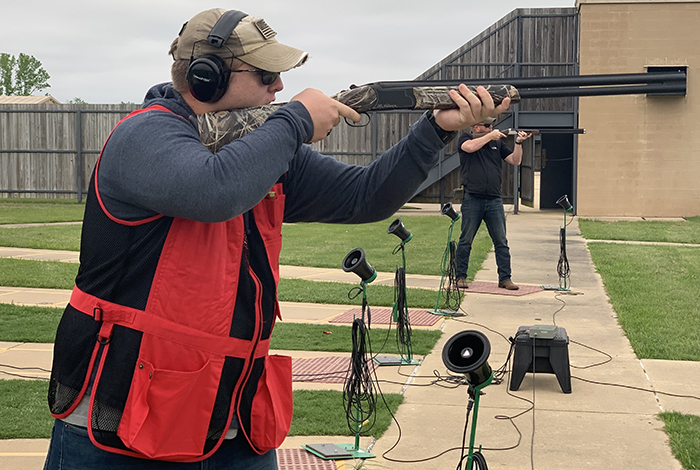 We pulled up the hill to this amazing facility, and my son, Hunter, and I got our gear out and got ready to shoot. The ranger brought a 20-gauge shotgun for my wife,  Heather, and, for the first time, she joined us on the range. After a quick safety briefing, Hardaway went over the basics with Heather, and we lined up for our first game. I was shocked at how much fun my bride was having. She was bound and determined to bust as many targets as Hunter and I did. Once the game was over and Heather’s shoulder had taken all the abuse it could handle, Hardaway took some time to give us some history on this area. 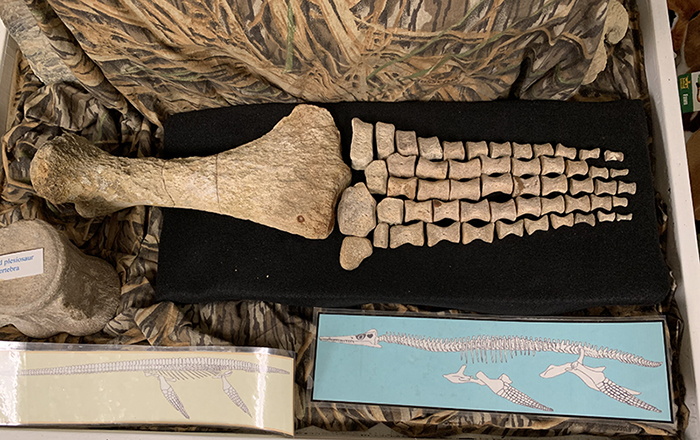 Back in the Mesozoic Era, the Ozarks was beach-front property! The land we stood on used to be part of the Gulf of Mexico and was filled in by deposits from the Mississippi River. This is how the unique black soil came to be in the area. Later, we got to see part of the dorsal fin of a giant longneck mosasaur that was actually found not far from where we stood. For those of you, like me, who are not up to date on dinosaur names, that is the big swimming dinosaur that comes out of the water in Jurassic Park 3! (That cleared it right up for me, too.) 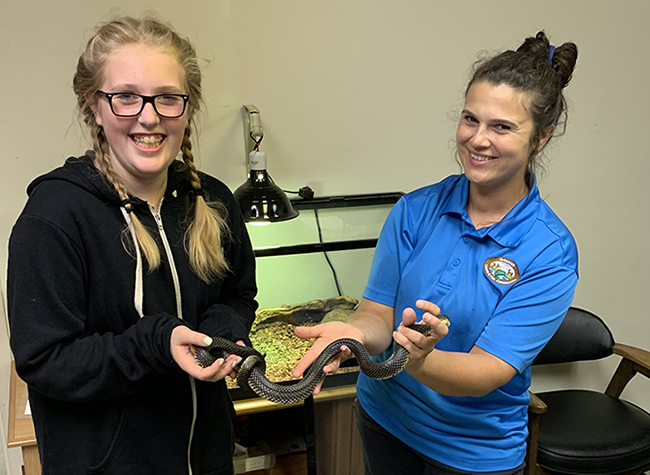 Next the ranger took us back to the welcome center and showed us dinosaur bones and other fossils that had been and are found all over the property. Later, we got to meet Ali the Alligator. She is a small little gator that was rescued not far from here. She is currently in a tank with several snapping turtles but is in desperate need for a larger 500-gallon tank. Funds are being raised to help build her one. My daughter, Savvy, got to handle a king snake, while Heather played with a tarantula. After all the wildlife was put away, it was on to our accommodations for the night. 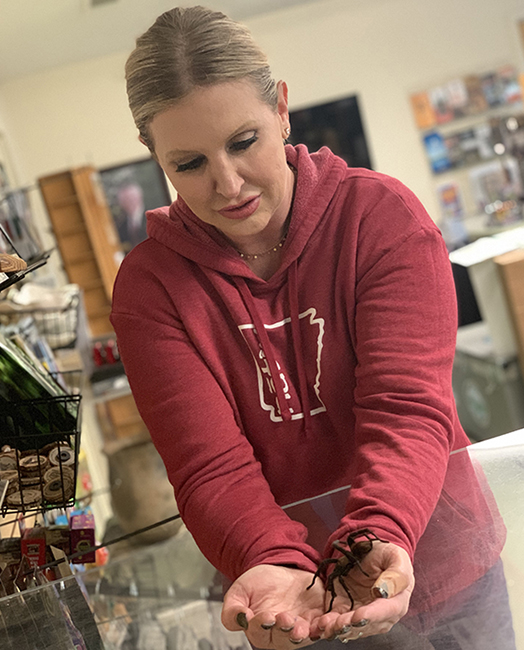 Heather plays with a tarantula.

The facility has two large cabins that rent for about $150 a night. That did not sound bad at all, but then you walk in and realize these cabins sleep 25-30 people! I mean, I don’t even know 30 people, let alone that many that I actually want to hang out with all night long. But to be able to do it for $150, that’s very affordable. There was a full-sized kitchen, a really nice living room area, and, most importantly for my bride, great air conditioning! But we were not here to sit in the cabin. Off to the wildlife management area we went.

Rick Evans Grandview Prairie has 4,885 acres, most of which are open to explore 365 days a year and 24 hours a day. The terrain in this area, due to the black soil, is covered in a lush flora. There are not a lot of trees, just rolling hills of wild flowers that grow everywhere. We grabbed a book on flowers before we left the welcome center, so we could identify as many different types of flowers as we could. But what ended up being the highlight of exploring the prairie was the indigo bunting birds that migrate to this area from Central and South America and eat the seeds that fall from all the unique flowers that grow here. We became obsessed with taking close up pictures of these birds and must have chased them all over the property for hours. We would start to read a sign, and here one would come, and off we would race. We drove, ran and walked until just about dark before we finally gave in and headed back to the cabin. 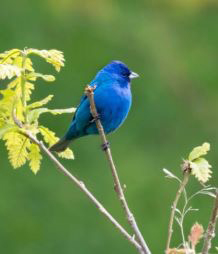 The next morning, we were looking forward to one of the fishing derbies they have on site. They have a large stocked pond that you can walk around and fish from the banks or paddle out in one of their canoes. They hold several of these derbies a year and are just good, fun family entertainment. But some serious storms rolled in, and my crew decided to grab breakfast and make a mad dash for home rather than fishing.

The trip was definitely worth the drive. We got to blast skeet out of the air, see some dinosaur bones, chase rare blue birds over almost 5,000 acres and actually learn a little bit about our great state at the same time. The best part for me was laughing and playing with my kids, and it didn’t involve a phone in their hands! Well that, and, every time Momma got out to take a picture of a flower, we may or may not have driven off, jokingly leaving her behind.