The Rise of Rock Bottom BBQ 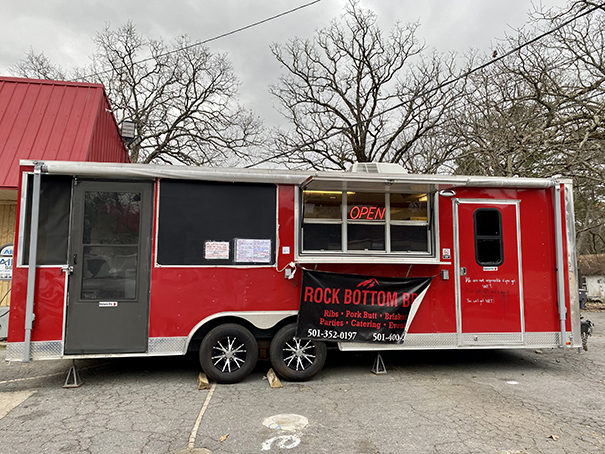 Rock Bottom BBQ is a food trailer run by the husband-and-wife duo of Blake and Samantha McFadden.

The business started in May 2018 as a pop-up tent on Highway 300 near Pinnacle Mountain, which the McFaddens soon upgraded to a mobile eatery. After a recent location change, they now call 23724 Highway 10 home. It’s all been a dream come true for the couple.

“I have had an itch since I was about 17-years-old to own a business of some sort. Food called a few times in the past, but I quickly went the other way because I love cooking and thought doing it every day would take the joy from it. Little did I know it was my calling, and now the joy runs over seeing the smile on customers’ faces and always coming back,” says Blake McFadden. 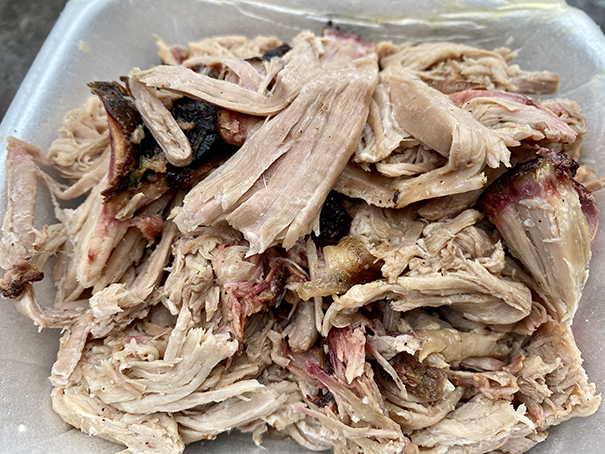 For McFadden, the key to producing great barbeque comes down to dedication, patience and wood. Like many of those who have mastered the craft, he believes in smoking meat low and slow, with a keen eye on various elements like weather, temperature, and air flow. He also uses pecan and oak, rather than the often-used hickory.

After two visits, I’ve sampled much of the menu, including the pulled pork, pulled chicken, and ribs. The pork and chicken stand out, both in moistness and flavor. I particularly enjoyed the bark on the pork and how McFadden laces the chicken with a subtle amount of sauce. The meaty, dry rub baby-back ribs lean more towards a fall-off-the bone texture. Sliced brisket also resides on the menu, as do beef ribs, but you’ll have to keep an eye on the latter to see which days they’re available as it’s not every day. Sides include baked beans, potato salad, cole slaw, smoked green beans, and smoked corn. I’ve yet to try the green beans and corn but have been pleased with the baked beans and slaw. The creamy potato salad with its touch of tang and sweetness is also a hit. 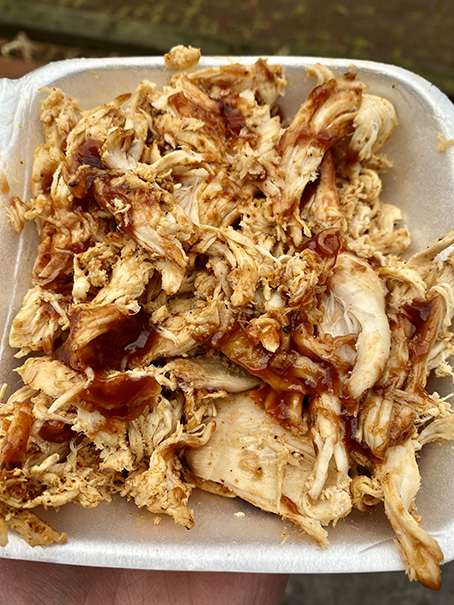 However, one of the true jewels of the menu has nothing to do with barbeque. Rock Bottom’s cheeseburger been enthusiastically embraced by its patrons, including me.

“We were looking to expand our menu and target those that didn’t want just barbeque. Burgers seemed to fill that void, but my wife didn’t want just any old lifeless burger patty. She set out to get it right, and I believe she did it. We hand-patty ours fresh every day and they are seasoned just right. It still carries a subtle smoky flavor.” 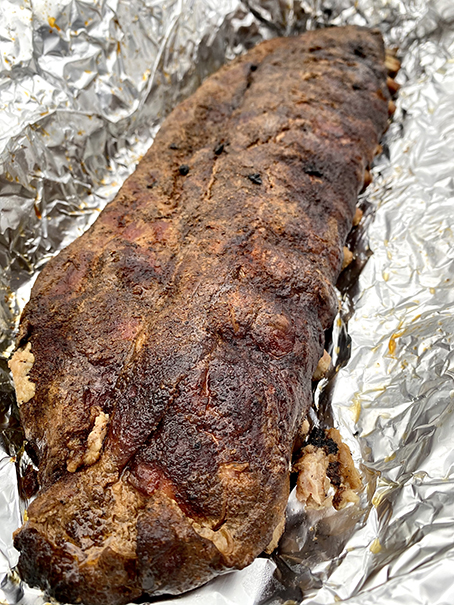 He is right about that smoky flavor. Couple that with a thicker patty somewhere between a thin, dairy bar and thick, pub-style offering, and you’ve got yourself a burger than can compete with many of the best in the area.

There’s a lot to love about the food and service coming out of the Rock Bottom BBQ trailer. To go along with great food, you can expect even more change in the very near future. 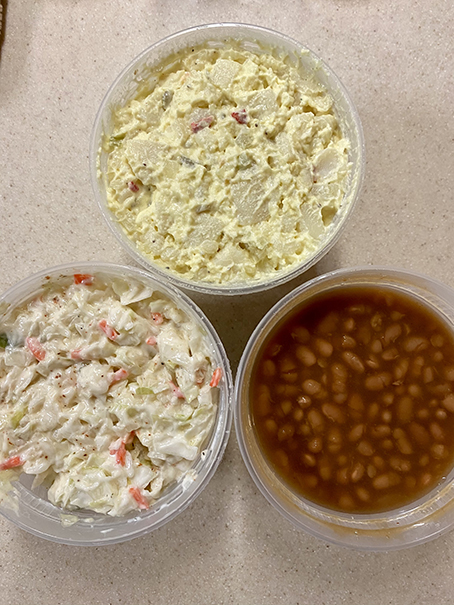 “In the next few weeks, we will be transitioning inside the old Highway 10 One Stop. We will start out with breakfast, burgers, and barbeque from 5 a.m. to 2 p.m., seven days a week. From there, we’ll expand our menu to include deli sandwiches, pizzas, and daily/seasonal, home-cooked specials. Catering will be incorporated as well.”

The plan is to stay at this location for the foreseeable future, with a long-term goal of having a more traditional brick-and-mortar restaurant down the road. For now, just make sure you check out Rock Bottom BBQ.