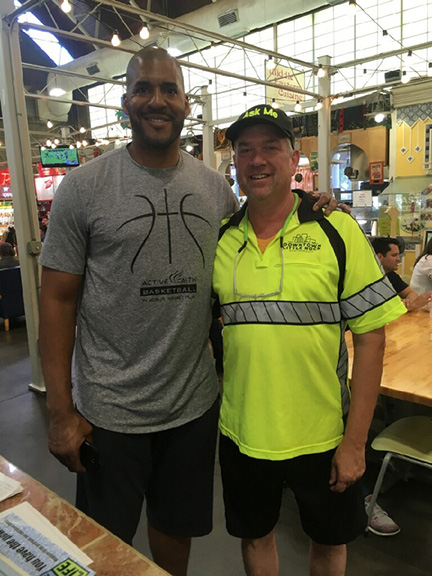 Jeff Roper is a typical 9 to 5’er by day, but by night, he dons a highlighter yellow shirt and is assist visitors and locals who are in the River Market Entertainment District. Roper is one of four paid River Market Ambassadors who canvas the streets seven days/nights a week.

You’ll see him in his black hat that says “Ask Me.” Roper says he had to have those words printed because otherwise he might look like a nosey parking lot attendant. It is good knowing that folks like Roper are on our downtown streets helping people get to their cars, giving restaurant suggestions and even picking up trash. 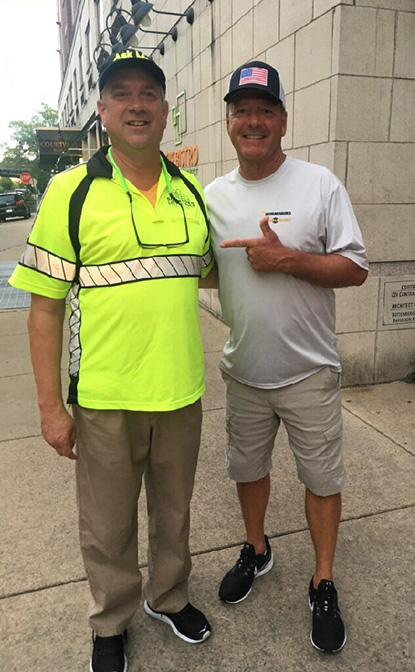 Roper with professional fisherman and member of the Bass Fishing Hall of Fame, Davy Hite.

Since the open container law took effect last month during a hot August, Roper says, “there has not been one single incident of people acting a fool.” You know how the heat makes some people lose their religion. But not River Market guests.

The ambassador program is a year old and by the looks of things, it is a beneficial program to the city. Half of the funding comes from the city; the other half from local businesses in the area. A fundraiser will be held October 15 at Cache. We will post more information when it comes available.