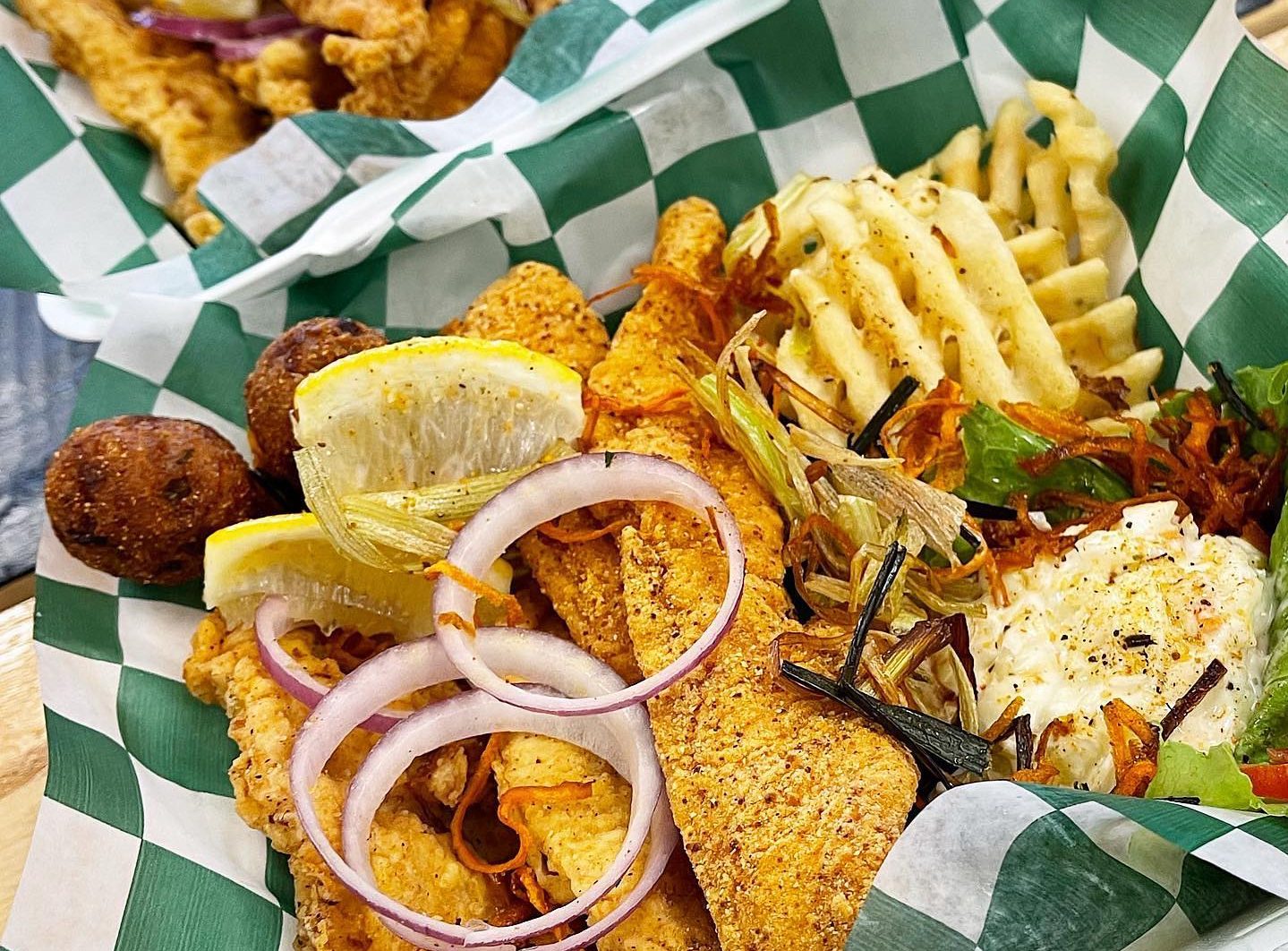 “We’re pulling out all stops with this one, offering a two-piece Faith’s Fish, two-piece chicken tender, fries, hushpuppy and coleslaw, all for $8.20. We are practically giving this away in celebration of our one-year anniversary,” says founder Joe Vincent. “There’s also free cake for every customer.”

One year in, it’s been quite a ride for Vincent and his crew.

“Our first location at 1515 W. 7th St. in the DF&A Building opened in July 2020 in the midst of the early stages of COVID-19, when everyone was packing up and vacating what we identified to be these beautiful state locations with great potential for an awesome concept,” Vincent says. “As far as becoming a restaurateur, I don’t know anything else but challenges and strategizing on how to overcome them. This is my family’s first go-around in the industry, so everything has been a learning experience. I think starting during the pandemic should give us a competitive edge when we get all this behind us.”

But what was the motivation behind opening two locations in such close proximity to each other?

“Honestly, it was very unintentional,” Vincent says. “One of the main guys over at the department said, ‘Hey Joe, some of our people walk over to your location at DF&A. We want you to take a look at our restaurant space.’ His exact words were, ‘It’s much nicer than what y’all have at DF&A.’ Here I am thinking, ‘Yeah, right.’  Because we just basically finished renovating it and having the grand opening not even a month prior to this conversation, and we’re all still proud of this accomplishment. But all in all, they’re the exact same concept, but with a very different customer base. Our goal was to create a comfortable space with killer food that the Department of Revenue Services would be happy to call their own.”

Size is the biggest difference between the two locations. The Revenue Café has more space and a private room for Rock City’s Diamond Customers.

“Diamond Customer Lounge Customers are Rock City Kitchen’s most frequent customers, like my man, Austin, who works at the Revenue Building. He has supported us since day one because he truly enjoys the food and atmosphere. This location is also where you can find our executive chef, Harold Lowery,” says Vincent. “Chef Harold brings an extensive culinary background to the team.”

That includes support from the likes of Mayor Frank Scott Jr. and Little Rock Independent School District, as well as several state departments and local media.

This is the year of collaboration. According to Vincent, “We are happy to announce that we will now carry Loblolly Ice Cream and will have a signature blend for Rock City Kitchen. We will also be launching a micro nutrition Revenue Nutrition by Seven Generations Bar that will give our customer base a healthier option for lunch or midday break. My Aunt Rose is revamping our dessert line and she will bring on the goodness.”