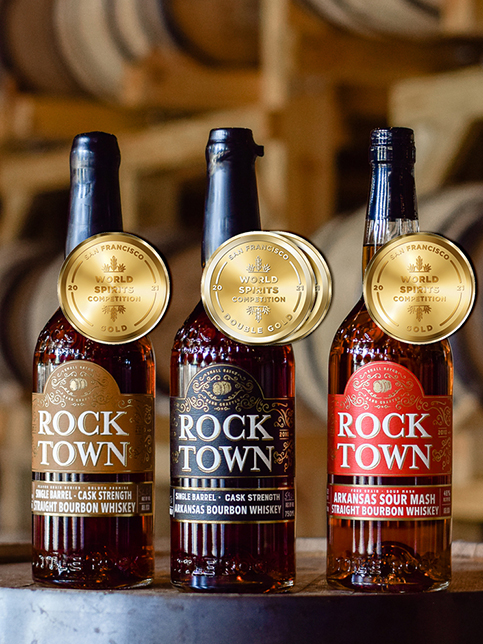 “To win a Double Gold for our Single Barrel Bourbon is an incredible achievement” Rock Town Distillery founder and head distiller Phil Brandon. “The competition was so fierce with so many entries, we’re over the moon with excitement”.

The San Francisco World Spirits Competition, held annually since 2000, is the second oldest spirits competition in the world and the largest in the United States. In the 2021 competition, there were 3,800 entrants.

For the 2021 competition, the judging took place over three weeks with 30 judges doing three panels each day – using only nine judges at a time – evaluating the entered spirits. According to Tasting Alliance chief operating officer Amanda Blue, the judging typically takes three days, but was extended due to COVID-19 concerns.

This is not the first time Rock Town has scored big at the San Francisco World Spirits Competition. According to the Encyclopedia of Arkansas, Rock Town’s gin won the double-gold award. The company has received numerous other awards, including being named the 2015 U.S. Micro Whisky of the Year in the 2015 edition of Jim Murray’s Whisky Bible.