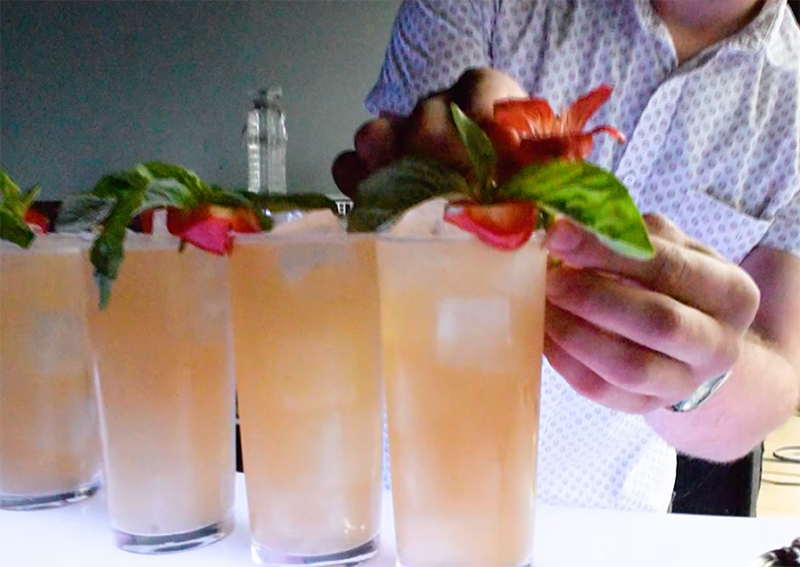 The final round of the Great Arkansas ROX STAR Bartender Competition 2018 is tonight, Monday, June 25 at the Capital Hotel in Little Rock at 6 p.m.
The top six contestants will face off one final time in hopes of becoming the winner of the competition. The lucky victor will win a trip to attend Tales of the Cocktail, a New Orleans-based bartender conference. This is one of the most prestigious bartenders’ conferences in the world.
There will be six contestants who will be competing tonight, Merrick Fagan of Trio’s Restaurant, Courtney Stowers from the Capital Hotel, Veo Tyson of So Restaurant Bar, Jorge Prado of Maxine’s Tap Room, Nilson Clark of Ben’s Apartment and Joshua Blackwell-Purdy of Local Flavor Cafe.
Fagan, Stowers and Tyson are the three finalists from the Central Arkansas region. Prado, Clark, and Blackwell are the three finalists from the Northwest Arkansas region.
Creator of ROXOR gin, Herren Hickingbotham, has always been very involved and supportive of the restaurant and bar scene in the state of Arkansas. Therefore, it is no surprise that the purpose of this competition was to further promote the leaders in the restaurant and bar industry. Throughout the rounds each contestant had 10 minutes to create three cocktails and were judged based on their technique, presentation, taste, and originality.
Tonight, the competition concludes and it is sure to be an exciting one. The final round will be filled with rivalry, talent, and of course delicious drinks.
Texas-based gin company ROXOR is hosting the competition and AY Magazine is sponsoring the ROX STAR Bartender Competition.
RELATED: Read more about the Central Arkansas Round »