ROXing the State of Arkansas 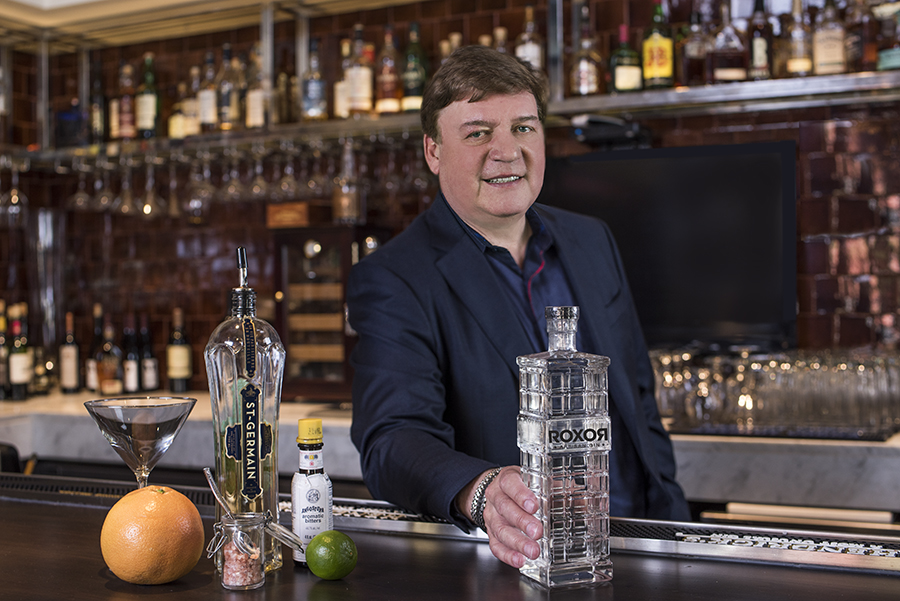 By Kristy Alpert | Photography by Jamison Mosley
They say family history has a way of repeating itself. Fortunately for Herren Hickingbotham, his family has a history of good taste.
The Arkansas native was in his early 20s when his father famously made the trip to a Neiman Marcus store in Dallas where he was finally persuaded to try a bite of frozen yogurt. His aversion to yogurt didn’t stop him from giving it a taste, after which he allegedly exclaimed, “This can’t be yogurt!”
The rest is history.
In less than two decades This Can’t Be Yogurt! (later renamed The Country’s Best Yogurt, or TCBY) grew from a single storefront in Little Rock, Arkansas, to more than 3,000 locations in 70 countries around the world, attracting a fan base that echoed the founder’s flavorful sentiments with each bite.

Herren Hickingbotham is ROXing the state of Arkansas with ROXOR gin.

Now the managing partner for an artisanal gin based out of Texas, it was Herren’s own food aversion — just like his father’s dislike of yogurt — that would eventually lead him to his newest endeavor, which is taking the spirit world by storm.
“I was never a big fan of gin,” admits Herren, managing partner for New Artisan Spirits, Inc., the makers of ROXOR gin. “My experience with gin was typical British gins, and I thought all gin was a Christmas-tree experience, taste-wise.”
So when two of his close and trusted friends invited him to be among the first to sample their new gin, he was skeptical but willing.
“It was so incredibly balanced and smooth,” he recalls. “Really, it was like a high-quality vodka, but with more body and taste.”
Of course, it didn’t hurt that those two close friends and masterminds behind the gin included former Coca-Cola executive Don Short and James Beard Award-winning chef Robert Del Grande, who also holds a doctorate in biochemistry. It was Short who designed the striking skyline bottle and the clever palindrome name ROXOR (as in: It can be served on the ROX, shaken OR stirred), and it was Del Grande who is credited with developing the amazingly balanced recipe and flavor profile of the gin itself.
“What Robert Del Grande has done with the recipe is just fabulous,” says Hickingbotham. “I now know that the taste I didn’t like was the juniper berry. ROXOR has plenty of juniper, but Robert has a way of balancing it with the other 11 botanicals to provide a lovely, balanced experience. I also now know that the way our team steeps and distills the gin is another reason for its success.”
The gin is created in a way best described as “soft steeping and distilling,” a revolutionary process Del Grande created to steep the botanicals for 24 hours in a high-quality neutral grain spirit, with just a touch of heat. Unlike other ginmakers, the ROXOR team avoids crushing the plants during steeping, as that would bring out some of the oils and create an off-putting taste. Instead they focus on the perfume extraction of the plants.  After a final distillation, the team liberally clips the heads and tails from the botanicals, where off-tastes can sit, resulting in a superior quality gin with a beautiful nose, fragrance and taste.
Although the differences between frozen yogurt and gin are vast, Hickingbotham notes that there may be a few similarities lurking between the two products after all. 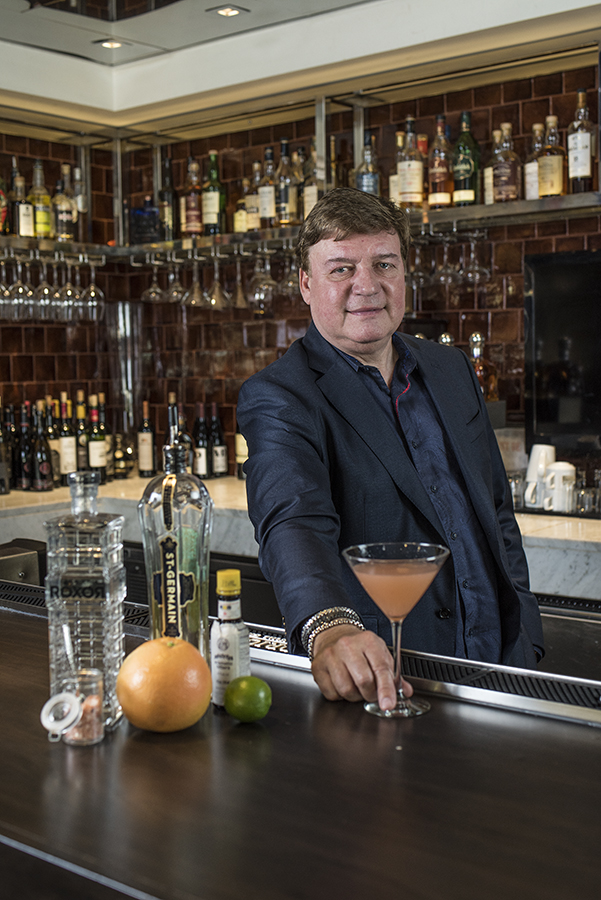 “Both are unique tastes and concepts,” he explains. “Trial is critical. The first days of TCBY were focused on giving out samples of product to everyone. Frozen yogurt was a new item, and the consumer had to taste the product to believe. I believe the same is true with ROXOR. Gin, as a category of spirits, has been pretty flat for the last 20 to 30 years. I think people don’t understand it very well, and many gins aren’t very approachable from a taste perspective. So at ROXOR, like TCBY, we are constantly supporting events, making signature cocktails and allowing consumers to experience the taste.”
ROXOR has been very involved in supporting the burgeoning restaurant and bar scene in the state of Arkansas and will be hosting a Great Arkansas ROX STAR Bartender Competition 2018 to further promote the leaders in the industry. The competition is open to active bartenders in the state of Arkansas, where each contestant will have 10 minutes to create three cocktails that will be judged on technique, presentation, taste and originality.
The first round of competition will take place in Northwest Arkansas on June 4. A Central Arkansas competition will take place at Cache in Little Rock on June 11, where the top six finalists will then advance to the ROX Star Finals in Little Rock on June 25. The winner of the competition will enjoy an all-expenses-paid trip to attend Tales of the Cocktail in New Orleans, Louisiana – the most prestigious bartender’s conference in the world.
“I believe in our company, product and team,” adds Hickingbotham. “In Arkansas, you’ll find me sharing ROXOR with consumers and friends. We’ve made a modern gin, perfect for new consumers of gin and even those who don’t think they like gin.”
Tasting greatness is a Hickingbotham specialty, and it was the spirit’s unique blend of Texas grapefruit, sarsaparilla, Texas pecans, cocoa nibs and the mystical earthiness of Italian juniper and traditional botanicals that combined to convert this genetically skeptical palate into an avid Arkansas gin drinker.
For more information, visit newartisanspirits.com.