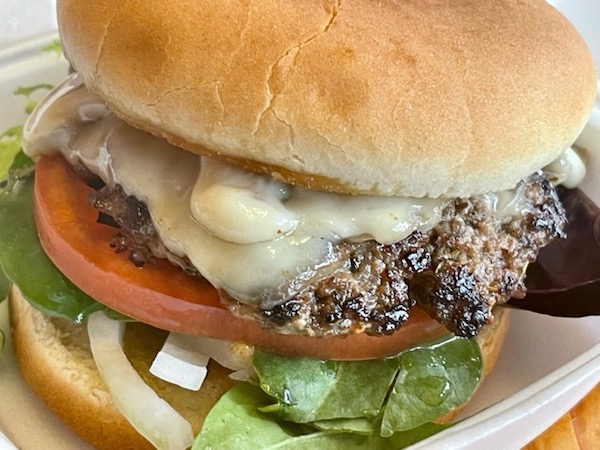 When you ask the average American what kind of burgers they associate with castles, they’re probably going to tell you White Castles. A significant number of Americans inexplicably love the tiny burgers. But if you ask the same question in Central Arkansas, more than a few folks are going to say Leo’s Greek Castle. The cozy Hillcrest restaurant best known for its affordable Greek fare also does significant burger business, which is why its burgers made AY‘s Burger Bucket List.

I feel safe saying a good proportion of Little Rockers who have been here for some time have visited the charming little restaurant (which, despite its ambitions, is neither a castle, nor still owned by a Leo). Five small tables inside and, thanks to outdoor eating during the pandemic, the two picnic tables outside have been joined by several more. Years ago, I was here once a week at least, but it’s been a while. Our bucket list visit rekindled my enthusiasm for the unlikeliest castle in Arkansas.

Leo’s Greek Castle has never been one for frills (there’s no room for frills), and that’s truer than ever. Whether you’re eating in-house or taking it with you, all food comes in a to-go box. The printed menu is, as ever, a simple piece of white typing paper folded in the middle. But don’t make the mistake of thinking the relaxed approach to selling and plating food means Leo’s slacks on quality. No, that’s where the staff’s whole focus is.

Occupying a full quarter of the inside menu, listed even before the Mediterranean entrees, is the “Award-Winning Burgers” section. Leo’s offers seven varieties of beef burgers, plus two garden burgers to please the plant-based crowd. The burgers range from 5 to 10 ounces (meaning one 5-ounce patty or two), and come with all sorts of options. The most basic is the 5-ounce hamburger with tomato, mayo, mustard, pickles, lettuce and onions. The same ingredients, plus American cheese and a second patty, class the hamburger up to the Leo Burger. There are also Chili Burgers, Bacon Cheeseburgers, California Burgers and Royal Burgers. 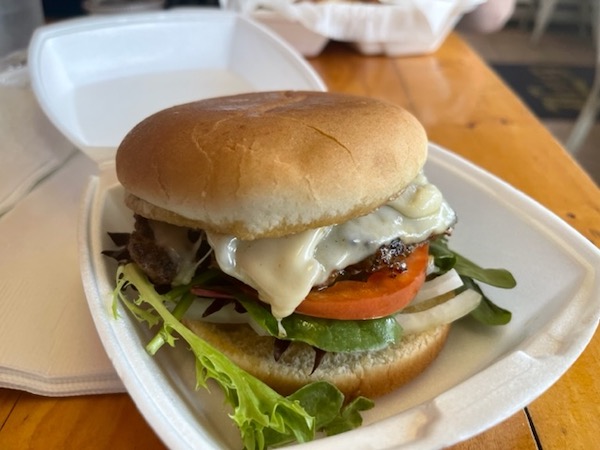 We opted for the Royal Burger (we were in a castle), a small appetizer of dolmas, and a gyros platter for old times’ sake. The dolmas, mint- and onion-rich rice rolled in marinated grape leaves, served cold, are a refreshing summer appetizer. Honestly, I could order more and just eat these for my entree.

The 5-ounce Royal Burger comes with Swiss cheese, grilled mushroom, mayo, mustard, tomato, lettuce, pickles and onions. It’s tasty, and a manageable size. The deeply caramelized ground beef is juicy and savory (I’m betting there’s some Arkansas Cavender’s on there). It’s clear why Leo’s royalty enjoy this grilled mushroom-Swiss beauty. It’s grilled just right, and it was a pleasant surprise to see the lettuce was a fresh spring mix that looked particularly appealing poking out of its sides. We opened up the second container, the Gyros plate, and my husband said, “Wow! Is that just fries?” Because it looked like it. Turns out, this platter comes in layers. The gyros platter comes with a “massive portion” (quoting the menu now) of sliced gyros meat, tzatziki sauce, tomatoes and onions and a “half-order” of fries. Served in the aforementioned to-go container, the large entree part of the tray contains the meat, while another smaller compartment is generously filled to the brim with tzatziki, and its companion compartment with tomatoes and onions. All that fills the container, so the round piece of fluffy-thick pita bread sits on top. But where to put the fries? Simple. They pop in another piece of paper to catch the grease and spread the fries across the entire top layer. It’s a massive amount of fries, and they’re seasoned, hot and crispy.

The platter for me has always been a build-your-own gyros event, though you can eat it anyway you choose. The meat was gyros perfection, and plenty of it. My handmade gyros attempt is not going to win any gyros beauty pageants, but it tasted awfully satisfying. 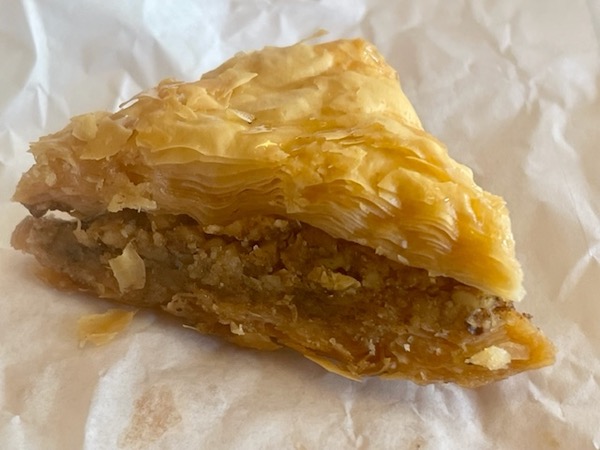 I urge you to get a triangle or two of reliably delicious baklava to take home. Those honey-soaked, rich, buttery phyllo layers never fail to taste indulgent. The castle also serves ice cream and occasionally other baked goods.

And once you’ve had your burger fix, be sure to come back some morning for the beloved Leo’s Greek Castle breakfast, which though available daily, on weekends is served well into the afternoon. Because of course, King Leo sleeps in on weekends.