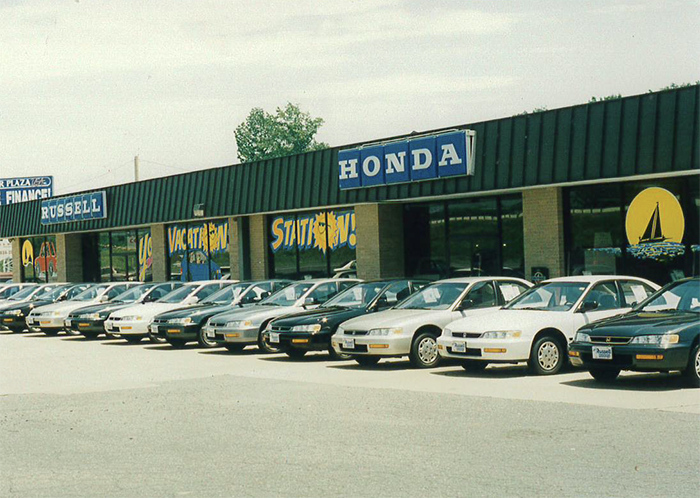 With a smile, Bob Russell shakes his head as he laments the days when auto dealers thought the best way to advertise was to go on air and yell about their deals in television commercials.
“The trend was to go on TV and all of these dealerships screaming and hollering,” he says. “Luckily that type of advertising has gone by the wayside. We’ve never gotten on TV and yelled at the customers. We’ve always been low key.”
That laid-back approach has allowed the Russell family to enjoy 73 years of success selling automobiles to multiple generations of Arkansans.
By the early 1950’s, John Russell went to work as general sales manager at Critz Chevrolet Co., in North Little Rock. After more than 15 years, he bought the dealership from John M. Critz, and Russell Chevrolet debuted on Jan. 2, 1963. In time, Russell brought his sons, Bob and Rick, into the automobile sales. Within a decade, he opened the first Honda dealership in Arkansas in 1972. When John Russell retired, Bob took over the Chevy dealership while Rick assumed control of the Honda dealership. Today, the third generation of Russells are in charge of the family-owned dealerships. Bob’s son, Brett, leads Russell Chevrolet and Rick’s son, Jarrod, runs Russell Honda.
“It’s kind of unusual for companies to make it to a third generation of family ownership,” says Bob Russell. “A lot of companies don’t make it that far. We’ve been fortunate.
“It’s a testament to our employees and our repeat customers,” he says. “When you’ve been doing business as long as we have, you have to have a sterling reputation. We don’t put pressure on the customer when they come into the dealerships to try and buy a car or a service. It’s all a person-to-person approach. That’s how we’ve always done business.”
Today, Russell has the largest selection of new Chevrolet vehicles in all of Arkansas, ranks as one of the 200 largest Chevy dealers in the nation, and is a multi-year recipient of the General Motors Chevrolet Mark of Excellence Trophy. 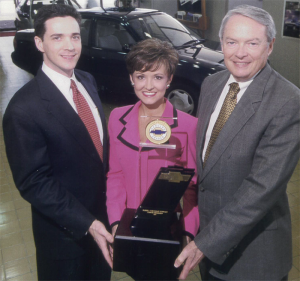 “Being a family-owned dealership means we answer to our customers, not a bunch of stockholders,” Brett Russell says. “The family and staff of Russell Chevrolet understand that the purchase of a new or pre-owned vehicle is a big commitment. That’s why we take pride in going the extra mile for our customers. We can provide you with the exact vehicle you’re looking for without having to shop all over town or the internet.”
The dealership has a fully-trained and knowledgeable sales staff – many of whom have been with the company for 10 or more years – that is ready to help customers make an informed decision on their purchase.
Jarrod Russell says the family Honda dealership is operated on the same business mindset that his grandfather established 56 years ago.
“At Russell Honda, our primary goal is to satisfy our customers. We strive to make buying or leasing a new vehicle a pleasant and rewarding experience,” Jarrod Russell says. “We work hard to get you into the vehicle you have always wanted, and we work with a vast array of lending sources to make sure you get the most complete and comprehensive financial package available.”
While the vast majority of dealerships were family owned in the past, he said most have sold out to corporate interests.
“Sometimes it feels like we’re a dying breed,” he says. “Thirty or 40 years ago every town had a dealership. Now, you’re hard-pressed to find many family-owned dealerships anywhere. We’ve got a vested interest in this dealership, its success and survival.”

Hometown Heroes: Jajuan Archer of Women’s Own Worth
September 20, 2021
Go to Top
Never Miss An Issue!