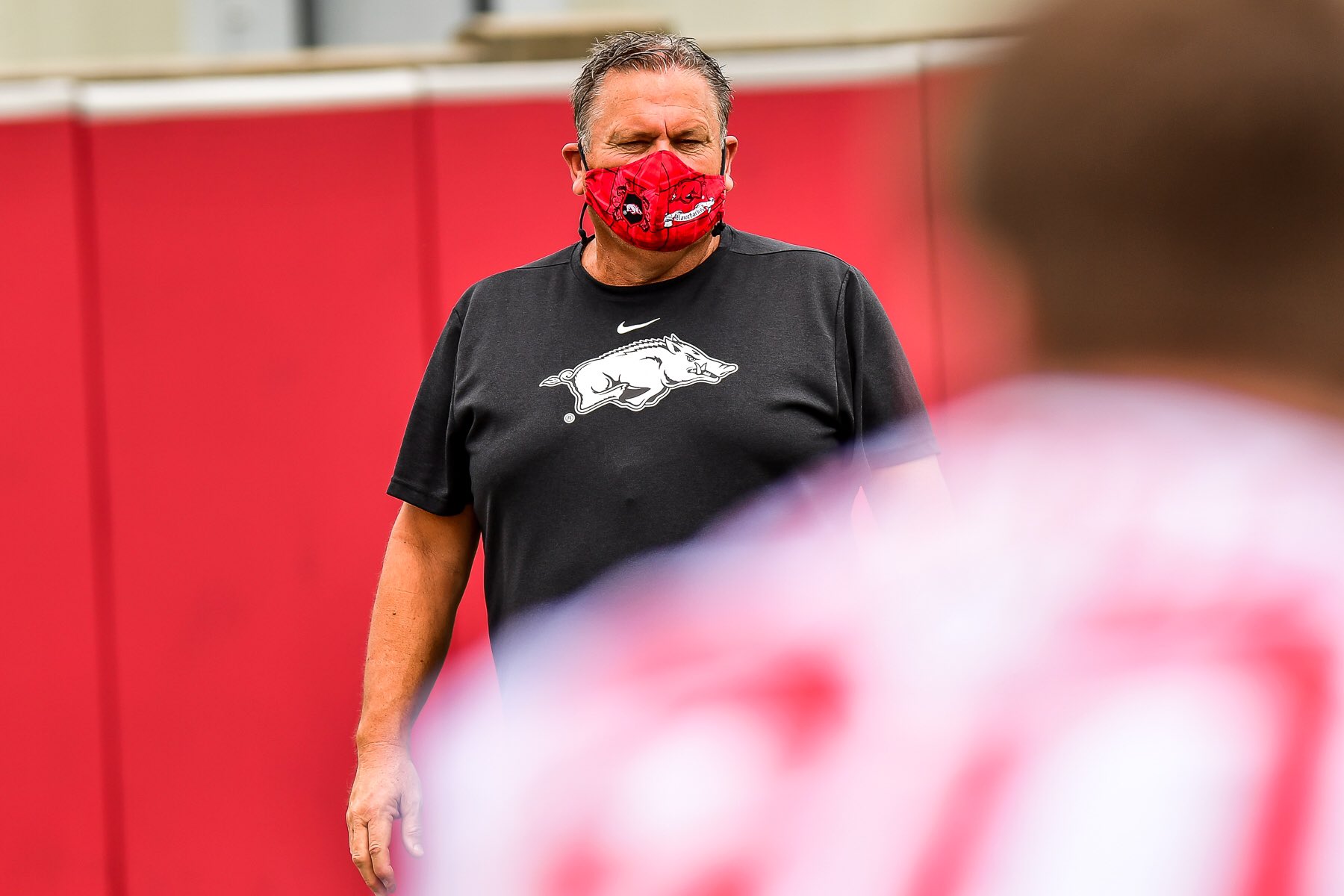 The head Hog has tested positive for COVID-19.

According to the University of Arkansas, head football coach Sam Pittman received a positive result on a PCR test on Sunday. In a video interview, he said that he was informed at 6:30 a.m. on Monday that he had tested positive and went to be re-tested.

“I’m feeling great. Well, I’m not feeling great. I’m embarrassed. I wish I wouldn’t have gotten the COVID. To be honest with you, I haven’t done anything different than what I’ve done since we were on test 33…,” he said.

Pittman went on to say that he was disappointed in the test result but did not see that it would impact the football team.

“I feel the same as I have all year and was ready to get going with Florida. We’ll certainly continue that. That won’t be a problem with our coaching staff. I’m just disappointed. I mean, you get into coaching to coach, and I’m disappointed that I won’t get the opportunity to do, assuming the test wasn’t incorrect and I don’t get three negative tests in a row, which I hope I do,” he said.

In Arkansas’ most recent game, the Hogs defeated the University of Tennessee 24-13 on Saturday, Nov. 7. So far this season, the Razorbacks have a 3-3 record.