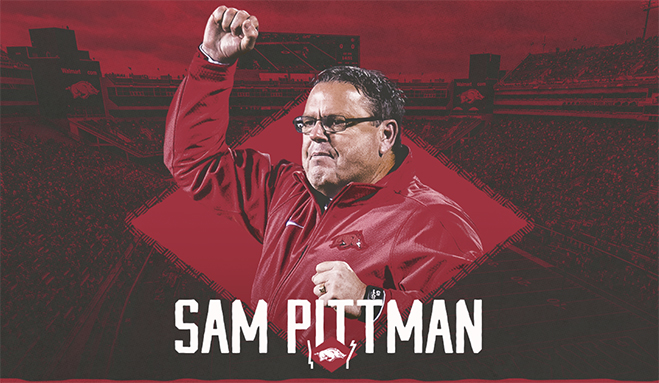 While the fans had their requirements for a new coach – head-coaching experience, great recruiter, Arkansas ties, etc. Hunter Yurachek had an additional box to check – value. Or maybe he didn’t, but he should have.

Some of these Arkansas fans that were screaming for Yurachek to back the Brinks truck up to Lane Kiffin’s front door don’t get it. Arkansas is already paying a buyout to Coach Chad Morris not to coach. (They got a break on that total when he took the offensive coordinator job at Auburn Tuesday.) The Razorback Foundation is about to be embroiled in a lawsuit with former Coach Bret Bielema regarding his buyout after it quit cutting his checks claiming his $50,000-a-year defensive line coach job with the New England Patriots didn’t equate to his full earning potential, thus nixing the buyout. Bielema essentially took way less for the position to ensure he would still receive a fat check from Arkansas.

So, all of that is going on in the background while Yurachek is searching for the Hogs’ next head coach.  We have thousands in our state that live below the poverty line, and students who can barely afford to attend the university in question, but fans fully support throwing more money at a third coach. No good.

But, then the announcement Monday, that Arkansas and Sam Pittman agreed to three million dollars a year for five years with incentives. Over the five years, Pittman will earn $250,000 for six wins, $500,000 for seven wins and $750,000 for eight wins. Those figures will not be combined. He also will get another year extension if he leads Arkansas to a bowl. He can add a second year by guiding the Hogs to another bowl during the length of the contract. If Arkansas fires Pittman they would own him 75 percent of his remaining pay if he had won 50 percent or more of his games. If the Hogs lose less than 50 percent of their games and fire Pittman, they owe him 50 percent of his remaining pay.

This is exactly the kind of contract Arkansas needed. In the process, they probably got a steal. This situation is very similar to when Yurachek hired Eric Musselman from Nevada. Sure, Musselman made some waves guiding the Wolfpack to the 2018 Sweet 16, but his stock wasn’t quite as high after the 2018-19 season when Nevada finished 29-5 but lost in the first round of the NCAA Tournament. There were several sexier names mentioned for the Arkansas vacancy when Yurachek fired Mike Anderson, but Musselman has proven early that he was the right choice even though he didn’t make many pundits’ short lists.

Pittman has more than two decades of experience as a college offensive line coach, but he’s never been a head coach or offensive coordinator. That has caused some to be skeptical. I’m confident in Pittman for three reasons. He is one of the best recruiters in the country, he desperately wanted the job, and he is familiar with the Arkansas program serving as an assistant for three years. Does it fit the template of most major college hires? No, but there are exceptions to every rule. See exhibit A.

I would also submit that most of the names being mentioned came with risk. In Kiffin’s case, it was baggage. He has a reputation as a loose cannon and was fired at USC. His name and wide-open offense brings sizzle, but Ole Miss overpaid at over four million dollars for a coach with baggage. And Missouri paid four million dollars for Eliah Drinkwitz, who is 36 and has one year of head-coaching experience at Appalachian State. How is a guy under 40 who has one year of head-coaching experience way more of a lock than a guy who has been on Division I coaching staffs for 30 years?

Of the three options, Pittman is the safe choice. The risk/reward balances out. Not true at Missouri and Ole Miss. Pittman is hungrier than both of those guys. Don’t be surprised after five years if Pittman is the only one of the three who hasn’t been fired.

Whether Pittman was the top of Yurachek’s list or the bottom, he’s brought in a coach who appears to be a good fit at a bargain price – again.