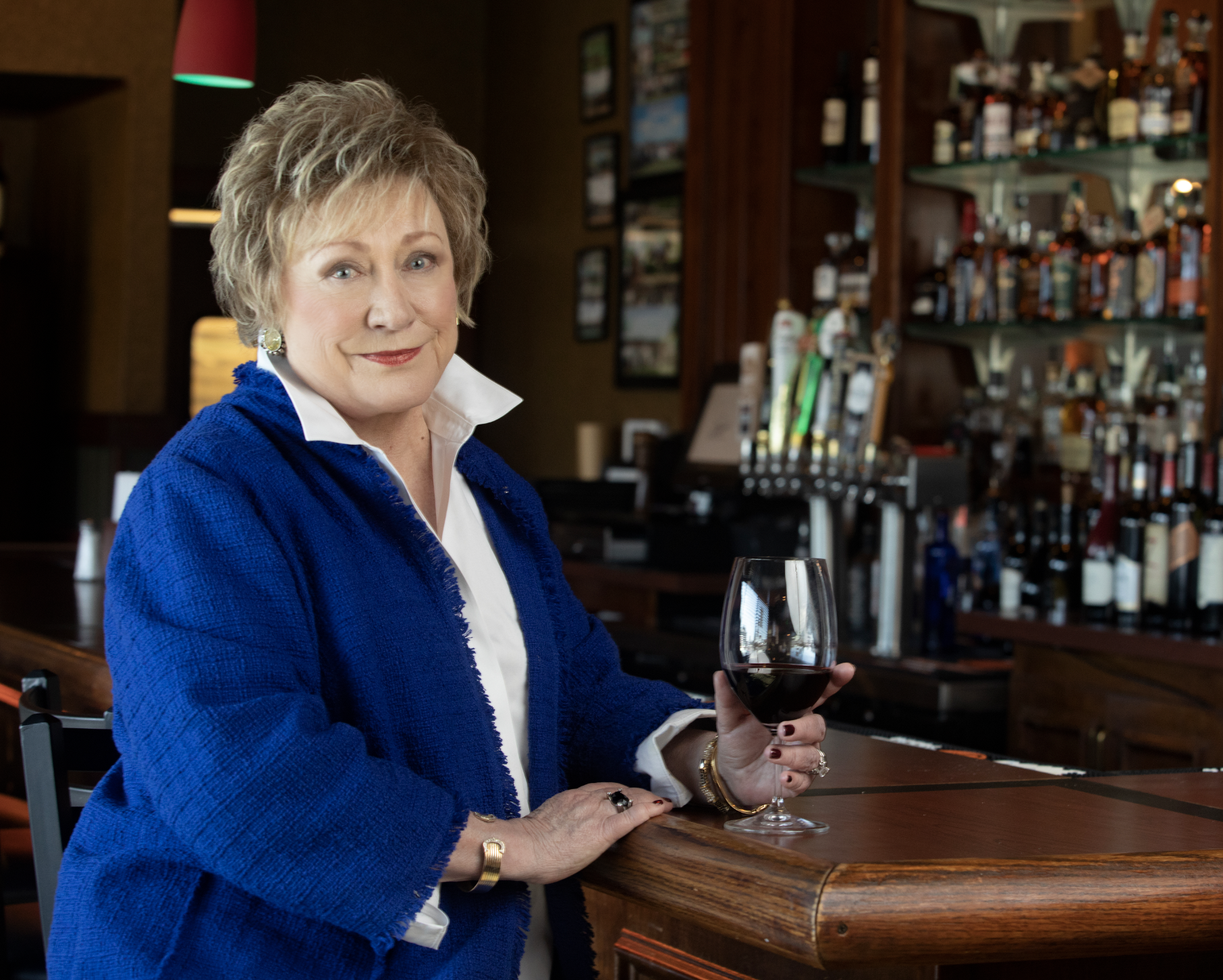 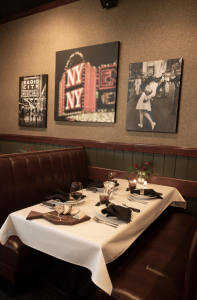 “It has that kind of a feel on the outside, so it looks like a chophouse. He wanted something that was a little more nostalgic and something that brought Hot Springs back to your memory.”

By Kim Dishongh | Photography by David Yerby
Sandy Sutton, of Sandy Sutton’s Design Center, has worked with Hot Springs restaurateur Lee Beasley on several projects over the years. And one of their most recent projects is Bones Chophouse.
Beasley bought the building previously occupied by Ruby Tuesday, on Central Avenue, with a chophouse setting in mind.
“He decided he wanted to do something a little more upscale than his other restaurants,” says Sutton. “It has that kind of a feel on the outside, so it looks like a chophouse. He wanted something that was a little more nostalgic and something that brought Hot Springs back to your memory.”
Because Hot Springs has long been a tourist destination, Sutton kept the focus in Bones Chophouse on the things that bring people to the city – the track, the bathhouses, the lakes and gambling.
Some of the artwork Sutton chose to hang on the walls at Bones Chophouse is local, photos of casinos and of the Chicago White Socks of the National League, which preferred Hot Springs for spring training because of a more temperate climate and its healing springs. There are a series of photos taken by horse trainers, owners and jockeys, a nod to Oaklawn’s long history in the community. Other artwork represents more of days gone by – portraits of Elvis Presley, James Dean and Marilyn Monroe and the iconic VJ Day in Times Square shot by Alfred Eisenstaedt, of a sailor passionately kissing a girl upon his return from the war, all of which are meant to evoke a sense of universal nostalgia.
She chose warm earthy tones for the dining area, and hanging lamps that resemble downtown streetlights.
“We went back to that steakhouse/chophouse feel for everything,” she says. We looked up the definition of a chophouse, and it’s where people go to be together and have good times and great food, so that’s the atmosphere we wanted.” 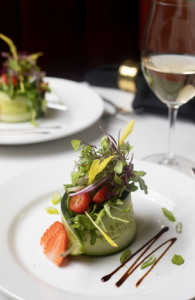 Sandy Sutton, of Sandy Sutton’s Design Center, has worked with Hot Springs restaurateur Lee Beasley on several projects over the years. One of their most recent projects is Bones Chophouse.

Years and years ago, my family used to go to Baton Rouge, La., and my favorite chophouse was there. It had an almost English library kind of feel. I always enjoyed it when we would travel there, and I wanted this to have that kind of feel,” Sutton said.
Beasley also consulted Sutton for the design at Froggy’s, where corrugated metal lines the underside of the bar, illuminated in green light, and fence slats line one wall.
“We wanted to give it a little texture,” she says. “We wanted this to be very rustic, very casual. It’s a fun date-night thing, and they’re open for lunch and dinner. I’ve taken my family there many times. People of all ages have fun.”
She and her family are regulars at Bones, too.
“They have started a Sunday brunch, which is popular, and we go there a lot after church… And they’re doing a huge amount of catering,” she says. “Also, we are actively searching for the right location to bring [another] Bones Chophouse in Little Rock. We’re very excited about that. We have so many people who come from Little Rock for dinner, and they’re always asking. That’s just something that Lee Beasley has decided we need to do, so we are actively looking.”
Sandy Sutton’s Design Center
4112 Central Ave, Hot Springs National Park, AR 71913
sandysuttonsdesigns.com • 501.624.6700