Saracen Has It All 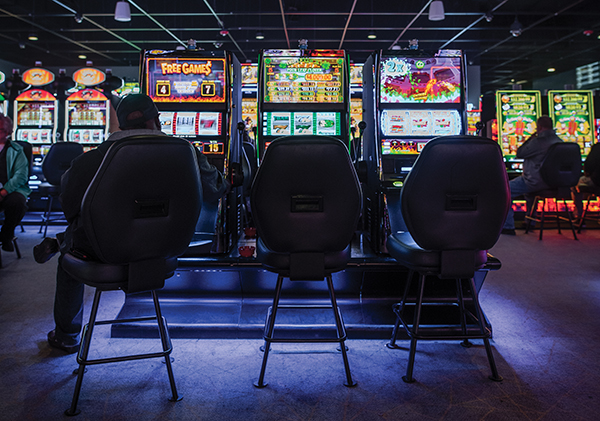 Las Vegas is quite a trek for us in Arkansas. No matter which city or town you call home, it’s at least a 1,000-plus mile journey that’s either a multi-day car ride or about a three-hour plane ride. Don’t misunderstand: Vegas is not out of reach; thousands of Arkansans make the trip every year. But, we don’t have to in order to find the Vegas experience anymore. Pine Bluff has a shiny new spot that feels just like “the Strip,” maybe even better: Saracen Casino Resort.

Jefferson County’s new place to play opened with a bang in October (well, maybe not quite the bang they would have hoped with the pandemic and all) and its commodities have been turning heads ever since. But creating such a destination that is self-described as the “best bet in Arkansas” did not happen overnight. It took years of planning and a team of motivated and mission-driven minds. People like Carlton Saffa and Todd Gold — already known among the best of what they did before, but have garnered even loftier reputations since joining the project. 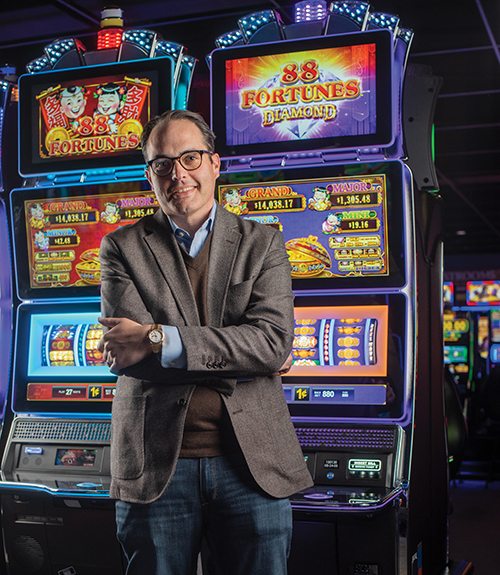 In fact, Saffa was the first official employee of the venture, hired after years of prosperous work for Gov. Asa Hutchinson.

“I was pegged as an ‘action junkie,’ and a number of legislators and stakeholders always knew I was interested in something that had a lot of action, a lot of activity,” he says. “I never worked a bill for the governor that we did not pass.”

One of these projects that Saffa worked was as the go-between for the racing commission and the governor’s office. He and John Berrey, the former chairman of the Quapaw Nation Business Committee, developed a good working relationship, which turned into the organization asking the governor for permission to offer Saffa a job. 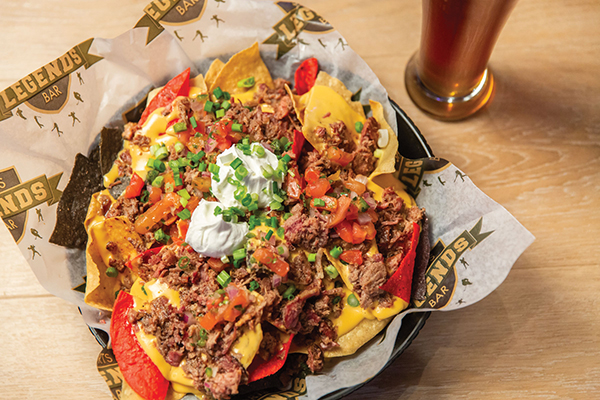 “I remember the governor asked me, ‘So, are you going to go lobby for them?’” Saffa recalls. “And I said, ‘No, they want me to run this thing.’” Saffa would leave the governor’s office in June 2019 to become the chief market officer for Saracen Development, LLC. “We had no gaming license. We had one employee: me. And for a year, we worked it. In that first year, we got the gaming license; we got everything permitted; we got the casino largely under construction. I will tell you that I’ve got sweat and scars from most of it, but it was the vision of then-Chairman Berrey and the leadership of now-Chairman Joseph Byrd that keeps us going.”

Also pivotal to Saracen’s development was Gold, who also left a place of comfortability for the exciting challenge that the new venture presented. He had spent nearly 30 years at the University of Arkansas-Pulaski Technical College’s culinary program, most recently serving as associate dean and south site director. In addition, Gold was also the president of Purple Cow and served a term as president of the Arkansas Restaurant Association. Anyone in the local food scene knows his name and what he brings to the table; Saracen wanted him to be the food and beverage director. 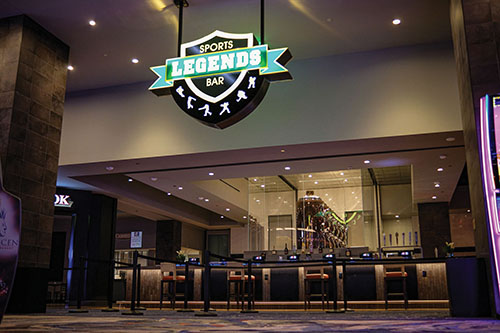 “I’m a project guy. I love projects,” Gold says. And Saracen presented plenty of those for the venerable Gold. “I’d never opened a facility with this many concepts.” There are nine in total if you include the employee dining and all the bars. “I wasn’t scared of it. I embraced it all with arms wide open.”

With him at the helm, Saracen has developed itself as one of the most unique attractions in the state and the South. Of course, there is the gambling dynamic that both Saffa and Gold admit receive the lion’s share of attention and recognition. And for good reason. But, the culinary experience colors Saracen a cut above and keeps people coming back. You can gamble at most gas stations these days; you can’t get food like the fare at Saracen just anywhere.

Both men are proud to boast the magic words to sum it all up: farm to table, pasture to plate and bean to cup. The food crew at Saracen has complete control over almost every ingredient in every dish served. “I wanted us to be a culinary and hospitality destination in the region and in the state,” Gold says. 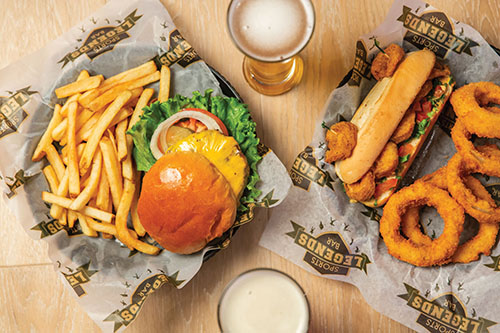 For Saffa, the prime attraction is Red Oak Steakhouse, which he believes is the best restaurant in Arkansas. The beef served comes from its own cattle herd that grazes in Oklahoma (with “perfect genetics”), is processed at the Quapaw meat processing facility, aged and then sent directly to Pine Bluff.

At that, Saffa is quick to add another motto which he thinks is an even better designation for the food at Saracen: “Our food, our table.” His favorite meal on-site is the bison tenderloin, the filet mignon of bison. “It is almost impossible to find on menus anywhere, but it’s something you’ll find with us.” 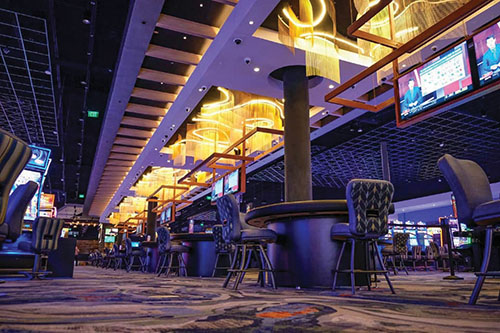 Gold and Saffa have no plans to stop there. Coming soon: a hotel, event center and amphitheater. We’re still about a year or two out from those amenities (the pandemic introduced some delays), but you can rest assured that all that, and more, are to be on the menu at Saracen.

“We just want to continue to raise the bar and then re-raise the bar,” Saffa says. “Everyone has the same slots. Everyone has the same table games. It is the little extras that we offer in terms of your experience that make the difference. And the core of that is just our incredible team. The Quapaw should be lauded for what they’re doing. A) in terms of investing in Pine Bluff to B) the risks they’ve taken.”

This month, Saracen is giving away $75,000 in prizes including a new Ford Bronco. Whether you want a shot at those or just to see what all the fuss is about, Gold, Saffa and the rest of the 850-person team of locals would love to host you.

READ MORE: The City of Progress: Pine Bluff Lives Up To Its Motto