The phone in Christie Erwin’s purse chirped. On some level, before she even fished it out, she knew who it was and what they wanted. 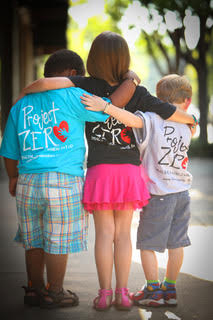 “I need help,” was all the text said.

The person on the other end — let’s call him Jack — isn’t legally one of Erwin’s children, or of the parade of foster kids she’s taken into her home over her lifetime. As much as she objects to the term, Jack is a statistic, a child of the system who’d bounced around foster care for most of his growing up.

That didn’t make him a stranger to Erwin. As executive director for Project Zero, a Little Rock organization that works to connect waiting children with loving homes, she’d known him for years, bolstered his spirits, assured him his family was out there. “Be patient,” she told him, even as the passing years tightened her throat and made her heart race. “Have faith,” she said, even as her own tearful prayers for him went unanswered.

Jack waited and hoped and at last, surrendered. First chance he got, he signed himself out of his last foster care stop and vanished, equipped to find little more than trouble. He’s a ghost now — a ghost with her cell number; a ghost Erwin can’t fully leave behind unlike most of the other adults he’s known during his short life. She doesn’t let him off the hook for his choices, but believes fervently there’s an underlying common denominator to the many problems he now faces. 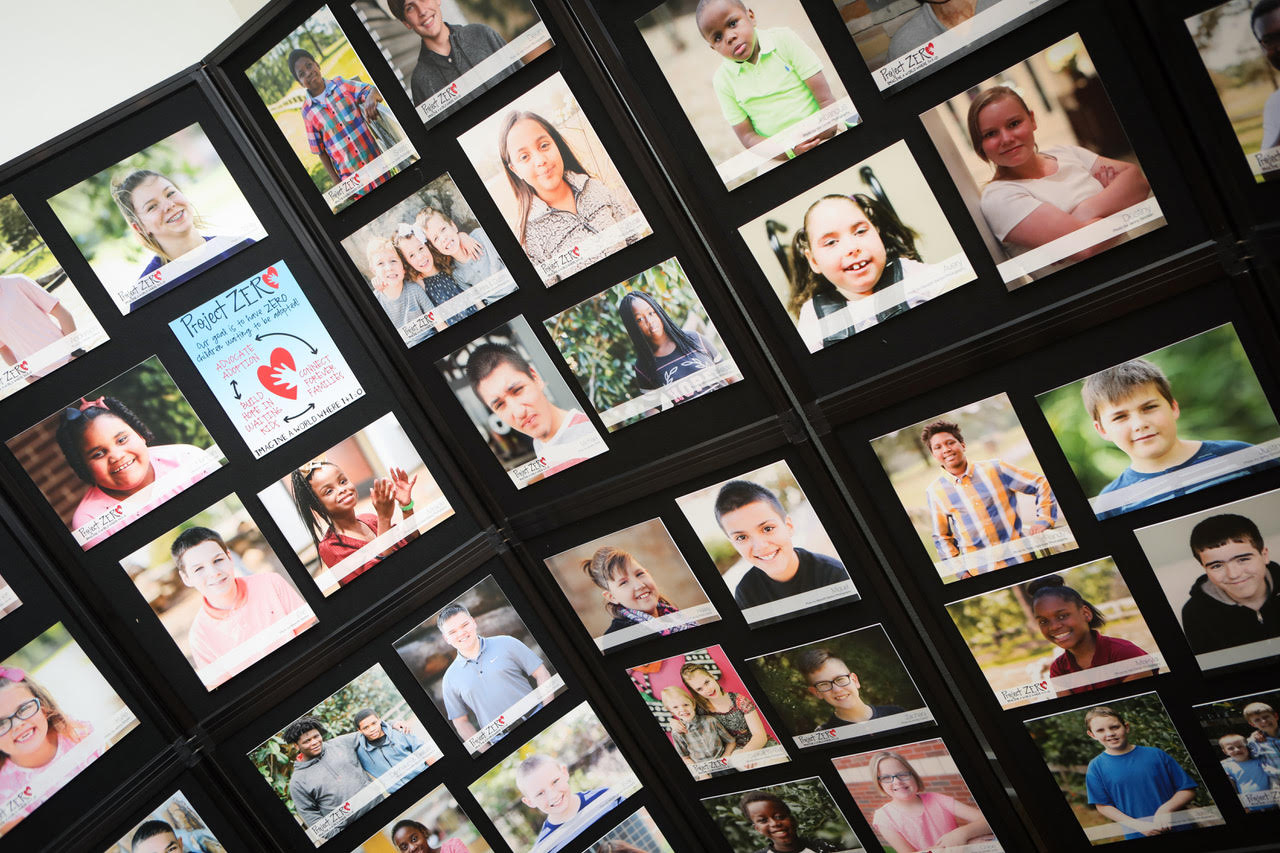 “I have been in conversation with him for weeks and weeks, and it’s the biggest mess you can imagine, because he didn’t find a family,” she says. “He waited in foster care for 10 years for a family. We should have found him a family as an 8-year-old boy. So, we did let him down. I let him down. We’re all going to pay the price for that.”

There are two ways to look at the adoption picture in Arkansas. On the one hand, much progress has been made, as there are fewer kids – 331 total – waiting for their forever families today.

On the other hand, there’s still a human inventory of more than 300 children and youth left waiting. Kids who tuck into transient beds every night, who search their souls for some hint as to why their new mom or dad didn’t find them that day. Kids perpetually wrestling with the demons others turned loose in their lives. And the essential, suffocating question: Will anyone ever truly love me? 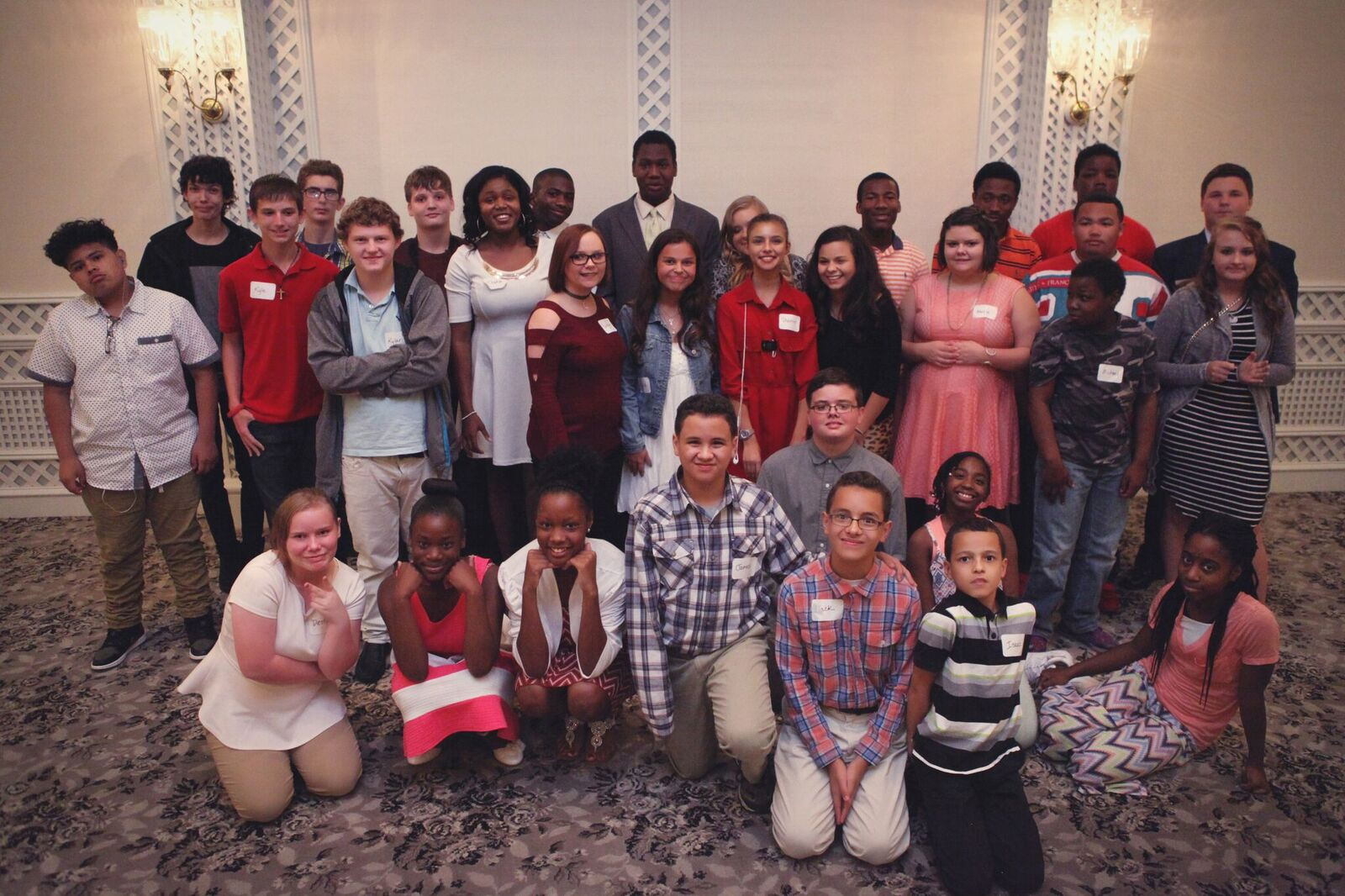 It’s not hard to guess which way Erwin sees things. She hates the number — finds it ugly, blasphemous — representative of human lives and running clocks. She’s witnessed plenty of success stories, of course, but the focus never changes; her gaze holds on those left behind. After all, she didn’t name her organization Project 331.

“If the number is 25, that’s 25 too many, even though I would be jumping up and down and running up and down the street if it was 25,” she says. “I would still be fighting for those 25 because they are still kids without a home. It’s never going to be OK until the number is zero.” 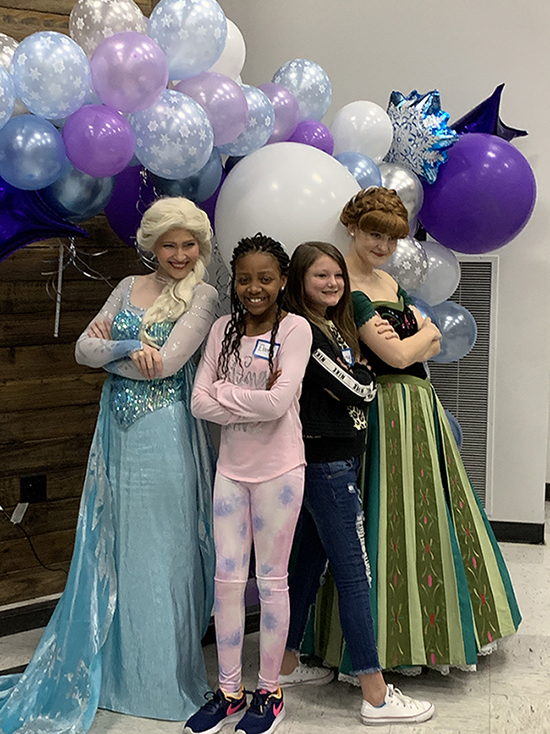 Over the years, Project Zero has established a number of events and programs that have helped reduce the number of waiting children. The initiatives — which include individual short films of these kids and the Heart Gallery, which provides their photo and bio — have been remarkably effective. Last year, Project Zero helped facilitate 196 adoptions, nearly a fourth of all the adoptions it’s done in its history.

“Waiting kids — kids in foster care who are waiting to be adopted — are counting on us,” Erwin says. “They have no other voice but ours. They have no ability to let people know about them, and so it is our responsibility. I made the comment this week that while all of us are longing to get out of our homes, longing to leave home, waiting kids are longing to find one.” 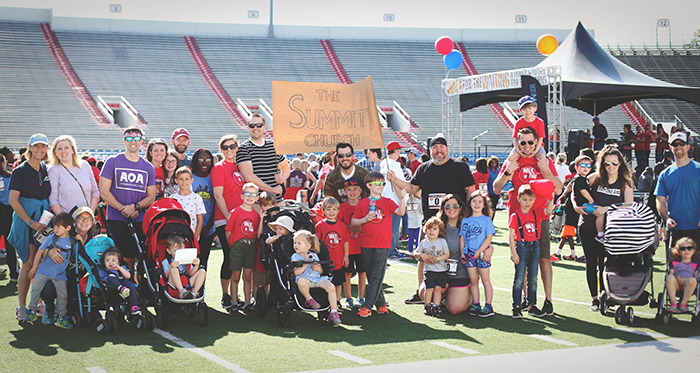 These are uneasy times in the world, and of all the unknowns COVID-19 represents, one of the most unnerving is the potential impact on adoptions. With the onset of social distancing and restrictions on gatherings, Project Zero’s momentum — and that of its partner organizations and state agencies — could slow or even stop altogether.

Kandace Gerber, the group’s director of marketing and development, fears particularly for Project Zero’s connection events which facilitate face-to-face interaction between kids waiting for a home and families open to provide one. Several of the events have already been canceled in 2020 with few hints as to when they can resume. 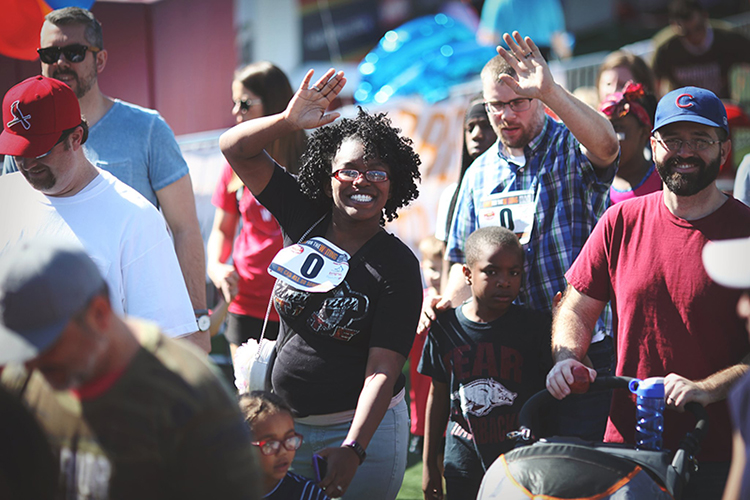 “You can’t even put a price tag on those events,” she says. “Last year, at one event alone, we had almost 70 kids meet families in a three-hour time span on a hot parking lot. We’re working so hard to change things up a little bit and think outside the box.”

The group isn’t without COVID-19 contingency plans; they’ve leveraged technology to create even more videos of waiting kids. And they are toying with the idea of turning the tables and doing something similar with adoptive families to help those children decide who would make a good match for them. 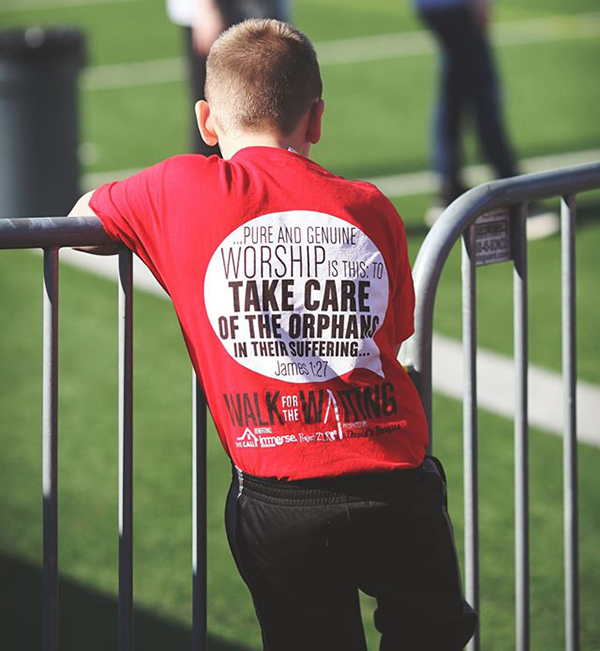 “Once they’re over the age of 10, kids get a say-so in what family they think they would fit in and what family they like,” Gerber says. “We’re trying to use these digital processes and video a lot to make those connections happen, even at this time when we can’t physically be together.”

Still, Erwin worries the COVID-19 pandemic will have a marked negative impact on adoptions in Arkansas, as well as nationwide. That’s bad news considering what’s at stake. According to the National Conference of State Legislatures, kids who age out of the system — about 17,000 each year — are at much higher risk of multiple negative outcomes than their peers. 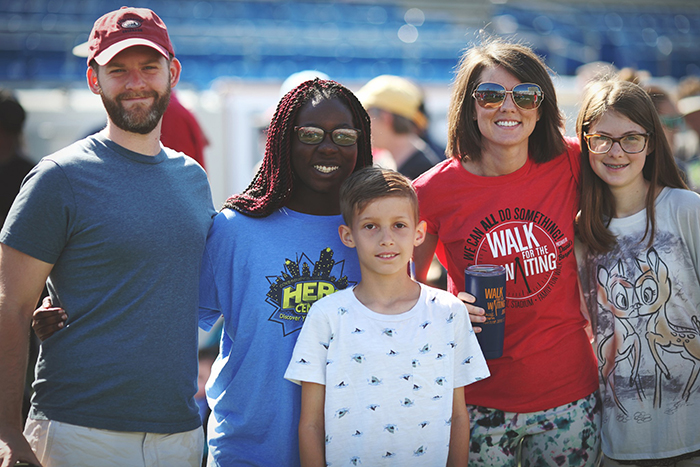 Among the sad facts: One in five such individuals is homeless at any given time,  and less than half are employed. Only 58 percent earned a high school diploma by age 19, while 25 percent land in the criminal justice system within two years of leaving foster care.

“What we do is so important because it changes those statistics,” Gerber says. “The fight to us is priceless, because we don’t want kids to be part of those statistics; we want them to have a loving, caring home. Adoption just completely changes the trajectory of their lives.”

Project Zero takes things a step further by dishing out some tough love to prospective families about what they’re getting into. Erwin says while this might appear to be counterproductive to the group’s mission, it helps ensure adoptive families are successful long-term, a goal that can only be achieved by accepting some unpleasant truths.

“I would never want to try to talk someone into adoption,” she says. “That sounds weird as I’m an advocate and I’m writing about it every day on Project Zero’s Facebook page. But what I mean by that is, if I’m dealing with a family in a one-on-one discussion, I would never try to push them or coerce them into adoption, and here’s why: It is going to get hard. You’re raising kids from hard places where there’s trauma, there’s loss, there’s abandonment, there’s neglect. All of these things are not going to go away just because their name changes or just because they have clean sheets and a warm comforter to cover their bodies at night. 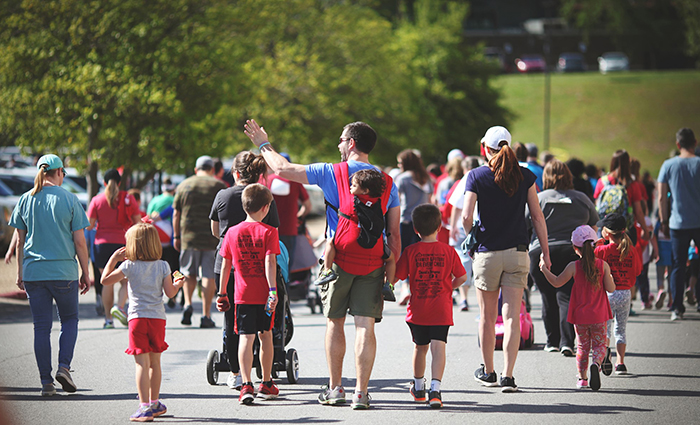 Erwin has watched that happy ending more than 800 times since Project Zero began in 2011. And while seeing it happen today with a lad named Kyler — or the more than 70 connections she’s made through her faith community, Summit Church, alone — is no less the salve for the soul it ever was, it’s not the celebrations that linger; that’s reserved for the haunting shadow of those who slipped through her hands.

“The way I describe what I do is, it’s beautiful, but it’s oh, so hard,” she says. “It’s definitely a blend of the beautiful scenes of families coming together and adoption days. But it’s also this underlying current of the fact that if we don’t find kids families, if I don’t find kids families, we’ve failed them both individually and corporately. I just feel such a heavy responsibility that doing nothing is just not an option.

“Even in the most discouraging times, you can be discouraged for a minute, but then you’ve got to get up and work because kids are depending on me, and they’re depending on all of us. There’s too much at stake for us to give up. There are special families out there for special kids.”

EDITOR’S NOTE:  Due to COVID-19 concerns, Project Zero’s fundraising events have been greatly compromised. Individuals wanting to invest in its important work and assist the mission through this uncertain time are asked to visit the Project Zero webpage to make a donation: www.theprojectzero.org