Saving for Retirement: The Early Bird Gets the Worm 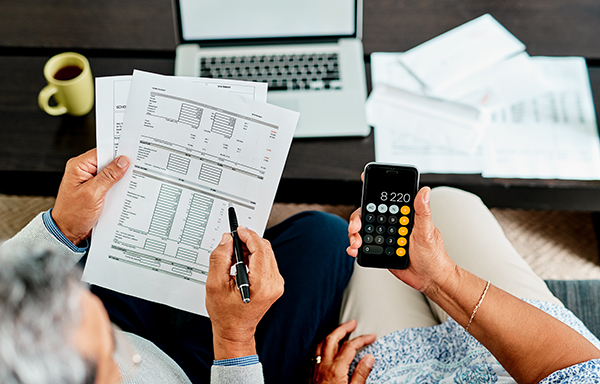 The Early Bird Gets the Worm

Retirement can be an intimidating thought, but whether you just got your first job or you’re looking to retire in the next few years, retirement is something everyone in the workforce will face one day. No matter where you are in your retirement planning journey, nearly every financial decision you make between now and your last day of work will affect your retirement.

It’s never too late to start planning for retirement, but according to many financial advisors, the early bird gets the worm. So in other words, it’s never too early to start thinking about it.

Of course, time tells us that starting early allows one to save more money over time and potentially retire earlier, but L. Dan Fry, EVP Business Development and Director of Retirement Plan Services at Gadberry Financial Group, says there are also other logistical benefits to putting back money at an early age.

“There are limits to how much money you can put in a retirement plan, and a lot of people don’t maximize it early on,” Fry says. “If you wait until you’re 10-15 years into your career … you just can’t put enough money in it.”

Gadberry Financial Group is a full-service investment firm. An independent branch of National Holdings Corp., the group has over 700 advisors and $12 billion in assets invested. In the professional and personal opinions of the Gadberry Financial Group, a financial advisor is important at every step of the planning game, but especially at the beginning.

“There are some irrevocable decisions you make as you enter retirement, that if you make them incorrectly, it can have a devastating effect on the quality of your retirement,” Fry says.

Paired with education from the experts, savers who start early can make better decisions that encourage more growth, like being more aggressive investors in the beginning.

“The way you invest your retirement-plan money, these dollars that go in each pay period, probably should be (especially when you’re early and young) even more aggressive than you would normally think, because the time value of money and the dollar cost average of putting money in every paycheck … it works better for you. Oftentimes, people are far too conservative in their retirement plan early in life,” Fry says.

Whether making investment decisions or just seeking more security with the money you’re saving, having a second set of eyes on your plan is never a bad idea.

“The more you know, the more successful you’ll be, as long as you partner with somebody who wants to see you succeed,” Dertow says. “It’s great to start investing early, but the more you know when you start doing that and the more you understand why you might be doing the things you’re doing or need to make those adjustments toward what you should be doing, the more impactful your actual efforts are going to be, especially over time.”

Every person’s and every couple’s situation is unique and thus different. It can help immensely to have the kind of tailored, custom approach and plan for your individual financial needs that financial advisors help with, especially when it comes to retirement planning.

However, there are a number of general dos and don’ts when it comes to planning for retirement.

In short, living beyond your means now makes it that much harder to stop later on in life.

“You want to make sure your money is being maximized for you given your current situation and your future situation,” Dertow says.

When it comes to the other don’ts — avoid using money too quickly, touching your retirement fund for pretty much any reason, and making choices without consulting with experts or other experienced investors first.

“What people don’t want is to be left without the cash flow to support the life they want to live and/or need to live. So what they don’t want to do is take loans against their 401k or cash out investments in full or too early,” Dertow says. “People trying to do it on their own may not be aware of information that exists or avenues that exist that can benefit them and their families. Having a partner that is aware of those things certainly helps because the more knowledge you have about how a situation relates to you, the more power you have to handle it.”

Along with general knowledge about investing, it’s also important to have an understanding of how taxes can affect the decisions you make while planning for retirement. While financial advisors aren’t CPAs, tax implications are a topic of expertise among them.

“Taxes can often be misunderstood, and they can oftentimes be very nuanced as well,” Dertow says.

If you’re closer to retirement than the younger crowd, Dertow says to consider four things:

• Your tax situation and how much tax-free money you should have.

• What your health care situation and needs look like and your family history in those regards.

• How and if you desire to leave money to friends, family or charities.

• Your social security or pension items — if you have them and where they’re coming from. Without pensions outside of social security, it becomes very important for someone approaching retirement to understand how their investments, how their retirement accounts, and how their portfolio will operate as an income stream for them if and when needed.

The Future of Social Security and Expecting the Unexpected

It’s no surprise that we’ve just experienced a pandemic, which inadvertently had a huge impact on the economy and affected a vast number of savings accounts — those of both new and experienced investors — across the country.

“The pandemic has affected a vast majority of retirement savers because they either lost employment and were unable to save for retirement, or they had family members that were in need and the government gave them relief, and they could access their retirement accounts to help family,” Fry says. “It will be years before we understand the impact COVID-19 had on retirement savings, but there’s no doubt there is one.”

It’s clear that those who had established good saving habits had an easier time weathering the storm, which is why many advisors are still harping on the same narrative — start early. With retirement, it’s all about planning for the future, and that means expecting the unexpected, which also translates into diversifying your portfolio and not relying solely on things like social security.

Dertow says he often hears phrases such as, “Social security isn’t gonna be there when I retire,” or, “I’m not getting enough for social security.”

“Social security was never intended to be someone’s entire retirement; it was always intended to be a supplement in the retirement years,” Dertow says.  “Social security typically tries to increase its benefits in most years, but in many cases, those increases don’t keep pace with inflation. Because of that, you have to look at what your other assets are and what you’re doing and what you’re spending to ensure you don’t get left behind because of that dynamic.”

Can you count on social security? The short answer is well, maybe, but don’t put all your eggs in one basket.

On a positive note, as a whole, we seem to be on the right track with retirement planning and investing with our futures in mind.

Jay Gadberry, president and CEO of Gadberry Financial Group, says that while it’s hard to say for sure, he thinks it’s possibly a lot easier for younger investors today, because kids are living at home longer, and their overhead is less.

Fry says it’s the availability of information that makes the difference.

“When I got my first job, there was so little information about retirement and access to retirement plans,” Fry says. “When I was [in my 20s], the Roth IRA didn’t exist. Even IRAs were rare back then for people. Access and information is so much better today than it was, so I would say there’s an advantage today. Statistics show that millennials are investing earlier and more often than baby boomers did at the same age so that’s a great thing.”