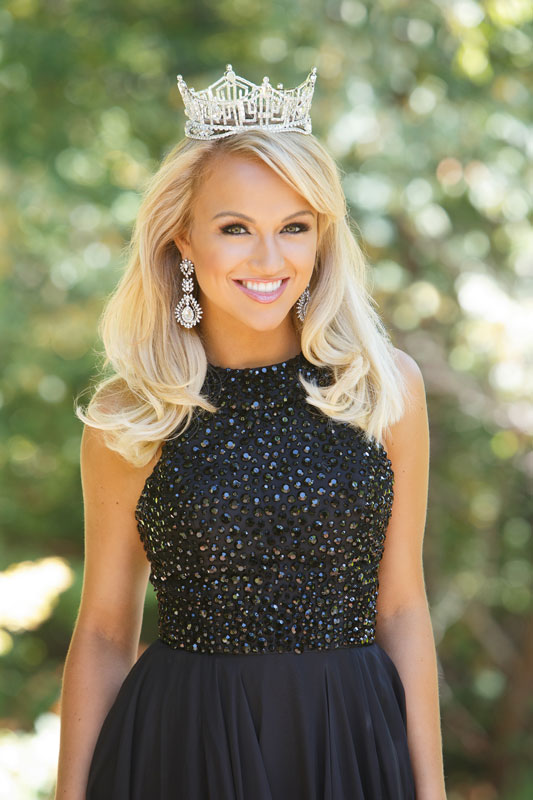 Arkansas’ Miss America reflects on a year of travel and service as she prepares to pass on her crown.

[dropcap]A[/dropcap]rkansas native Savvy Shields’ reign as Miss America began last September in Atlantic City, New Jersey, and that is where it will end this month when the 22-year-old Fayetteville native returns to crown the next lucky lady.

She’s clearly come full circle after a yearlong whirlwind tour that has taken her to just about every state.
“I’m in a different state every 48 hours,” she says. “The country-crisscrossing has not stopped since day one. It’s crazy.”

But clearly she loves every minute of it. And as the end of this adventure nears, she has been reflecting on and savoring the last few weeks of her reign.

“It’s a constant state of nostalgia,” she says. “Every time is my last now. It’s very bittersweet, but I’m forever grateful for this. There are so many opportunities I’ve had. It’s been one of the craziest and greatest years of my life.”

Shields set her sights on the crown at age 13, after winning the Miss Arkansas’ Outstanding Teen pageant in 2009. During her reign, she spent time with 2009 Miss Arkansas Sarah Slocum. 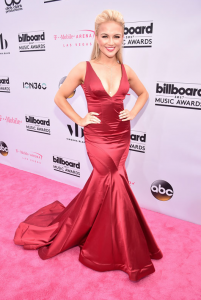 Shields in red at the 2017 Billboard Music Awards.

“I spent time watching her, and I became inspired by her role and how she used her title to influence the entire state,” she recalls.

Shields, competing as Miss Heart of the Ozarks, won the 2016 Miss Arkansas pageant and then advanced to the nationals where she won over judges with her jazz dance routine to “They Just Keep Moving the Line” from the American drama series “Smash.”

Since then, she has been traveling, representing the Miss America Organization, and promoting her personal platform: “Eat Better, Live Better.” She has visited thousands of schoolchildren, talked to rice farmers and appeared at American Heart Association events and numerous other events, always encouraging the people she meets to embrace a healthy lifestyle.

“I’m trying to reinforce the connection between what we’re eating and how we’re feeling,” she says. “Over time, it’s evolved into more of a quality-of-life issue rather than a weight-loss issue. It’s not just about working out, but making exercise a lifetime habit.”

On May 1, Arkansas Gov. Asa Hutchinson appointed Shields honorary chair and statewide ambassador of Healthy Active Arkansas, an initiative that aims to help Arkansans lead healthier lifestyles and to increase the number of people at a healthy weight.

It’s a message that is important to Shields.

“I grew up in a healthy home,” she says. In college, she had to decide to make her health a priority; her family couldn’t do it for her.

Even Shields admits that healthy eating and regular exercise is a struggle that takes work and dedication — particularly when she’s on the road. She avoids fast food, sticks to whole foods and travels with her yoga mat so she can exercise in her hotel room. (She doesn’t have a personal trainer on the road.)

“It took me a couple of months to figure it out,” she says. “It’s about daily decisions and smart choices because it all adds up. I go meal by meal rather than month by month.”

Much of Shields’ work this year has been as a National Goodwill Ambassador for Children’s Miracle Network Hospitals — the official charity of the Miss America Organization. She has worked to raise awareness and funds for children’s hospitals — and to bring smiles to the children she visits, including children at Arkansas Children’s Hospital.

The Miss America Organization has raised more than $16 million, benefiting the more than 170 hospitals that are part of the Children’s Miracle Network Hospitals across North America, according to the organization.

“It’s been one of the greatest parts of my job,” Shields says. “I try to bring a little light and love for that moment and to take their minds off the hospital and their sickness.”

So what’s next for Shields?

“Hibernation!” she says with a laugh. After her reign officially ends September 10, she’ll get some downtime, and in January 2018, she’ll return to the University of Arkansas at Fayetteville to complete her senior year of college. Shields, who has been painting and drawing since she was a child, is majoring in art with a minor in business and hopes to one day teach or work in a museum.

What she’s learned the past year is this: “Don’t let your insecurities be your limitations. It’s important to remind ourselves that we may have insecurities, but they are not limitations on what we can accomplish.” 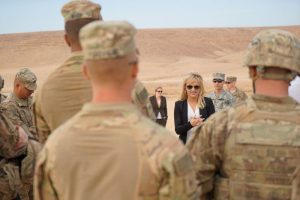 Much of Shields’ time was spent supporting the men and women in our military.