Like juicy gossip, trials titillate and fascinate, often proving that fact, if not stranger than fiction, is at least weirder. Arkansas has had its fair share. 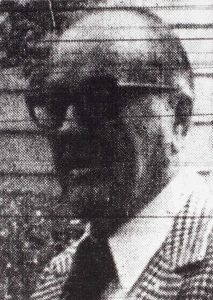 [dropcap]On[/dropcap] the morning of Sept. 26, 1974, a housekeeper discovered the body of 67-year-old Fern Rodgers, wife of Dr. Porter Rodgers, Sr., a wealthy Searcy physician. Mrs. Rodgers had been shot twice in the head.

A police investigation revealed the 70-year-old doctor had been enjoying the company of Peggy Hale, his 21-year-old receptionist. Hale was arrested and  74, and a few hours later, Dr. Rodgers was arrested; also charged in the slaying was a man named William Barry Kimbrell. The prosecution alleged that Rodgers and Hale hired Kimbrell to kill Fern.

The trial that followed was one for the books. When the murder charge was read to the packed courtroom, Rodgers stuck his fingers in his ears, and at one point, the judge called a recess due to the doctor’s uncontrollable weeping. Hale testified for the prosecution, saying she and Rodgers began a torrid love affair after she went to work for him the previous summer. Rodgers was so proud of his sexual prowess that he and Hale kept a diary of their “activities.” When the two found time to talk, the subject of marriage was raised, but Rodgers nixed the idea of divorce from his wife, saying it would be too complicated. He and Hale then began plotting to murder Fern. Kimbrell, 32, was brought into the picture, and the millionaire doctor paid Kimbrell the grand sum of $3,000 to commit the crime.

In a statement read to the jury, Rodgers said, “The only reason I can explain Fern’s killing was because I was hungry for Peggy Hale.”

According to James Scudder, an Arkansas Gazette reporter known for his colorful narratives, Rodgers’ own lawyer, Ed Bethune, said, “Rodgers was out of it, his brain rattling in his head like a dried walnut.”

Hale pled guilty and got a 21-year prison sentence. Kimbrell and Rodgers were both convicted and got life in prison. Rodgers died in 1980. The epitaph inscribed on his tombstone reads, “An Exceptional Man.”

McArthur with wife, Alice, when she returned from the hospital with a bandaged leg after the car bomb.

[dropcap]The[/dropcap] most sensational Arkansas trial of the 1980s, and perhaps of the last century, concerned the Orsini/McArthur case, which was actually a series of court proceedings that all revolved around the alluring, yet sinister Mary Lee Orsini, who was accused of murdering her husband, Ron, in March 1981.

Lee, as she preferred to be called, faced a grand jury for Ron’s death. During the hearings, she became infatuated with her Little Rock attorney, Bill McArthur. He, however, did not reciprocate because he loved his wife, Alice. Lee was not indicted, but her obsession with McArthur continued, and she made every excuse to visit his office.

The other men in Orsini’s life were not as immune to her feminine wiles as McArthur was; she manipulated them into believing her far-out fantasies about mobsters and hit men who were out to get her. Among those duped were Pulaski County Sheriff Tommy Robinson and an ex-con, Eugene “Yankee” Hall.

On May 21, 1982, Alice McArthur was the intended victim of a car bomb. She survived, but was not as lucky a few weeks later, when two men gained entry into her home by pretending to be deliverymen for a florist. Alice’s body was found in an upstairs closet. The killers left a bouquet, and fingerprints on the vase led the Little Rock Police Department to Yankee Hall and his accomplice Larry Darnell McClendon. Hall identified Orsini as the person who had hired them, but said she had told them Bill McArthur was in on it, too. 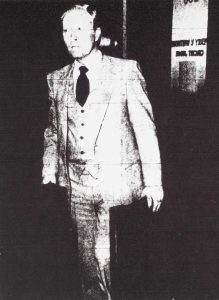 Orsini was so narcissistic, she didn’t seem to care that her freedom was on the line, as long as the TV cameras and newspaper photographers showed up. Her craving for attention was equaled only by that of Tommy Robinson. His supporters thought of him as Dirty Harry. His detractors saw him as a bombastic self-promoter. He once called Prosecuting Attorney Dub Bentley a “bubblebutt.”

Orsini couldn’t flirt her way out of a guilty verdict for her part in the McArthur murder and got life in prison. A subsequent conviction for killing her husband was overturned. In 2003, she died of a heart attack in prison at the age of 53 — shortly after confessing to both the Alice McArthur and Ron Orsini murders.

Though Robinson tried his best to destroy Bill McArthur, the attorney was cleared and resumed his law practice. He died of natural causes in 2009. Tommy Robinson was elected to the U.S. Congress. After serving only one term, he faded into obscurity.

[dropcap]The[/dropcap] Orsini/McArthur case was mentioned during court testimony about another famous Arkansas murder. Scharmel Bolling Burnett was accused of killing her estranged husband Johnny Burnett. Friends went to the wealthy businessman’s swank Little Rock home July 21, 1992 and found his nude body with a .22 caliber bullet in his back.

Johnny, owner of Burnett Pools and Spas, had filed for divorce after only 72 days of marriage and had moved out. Scharmel threw a party July 17 after sending invitations that listed house rules Johnny had set down. They included: “Wives should be thin, tan, well-dressed and quiet,” and “Husbands may be fat, sloppy, drunk, and obnoxious.” A similar list drawn up by Scharmel documented her complaints about Johnny: “He farts out loud and never apologizes … uses incorrect English … is a quitter, is an inconsiderate lousy, lover but thinks he’s great.”

After a seven-month investigation, police arrested Scharmel for the murder. She stood trial twice, because the first hearing ended in a hung jury. During both proceedings, the state acknowledged their evidence was all circumstantial, and they could not establish a motive — Scharmel would receive no part of Burnett’s estate. The prosecution alleged Scharmel killed Johnny July 19, 1992, a day after he had sneaked in and photographed her in bed with another man John Merck. The pictures failed to develop, but the next morning Scharmel agreed to a divorce and vacated the Little Rock house. According to friends, Johnny danced a jig and went back home.

The defense contended Johnny’s death did not occur until the morning of July 20,1992, and Scharmel had an alibi for that time period. Her attorneys conceded she had owned a .22 caliber pistol but had lost track of it. They added that millions of people owned .22 caliber guns, including Diane King, who had been romantically involved with Johnny Burnett for several years. She had given him an ultimatum to marry her or end the relationship. A few days later he proposed to Scharmel. The defense team named King and Merck as alternative suspects. Another was Carl Wilson, who had worked at the pool and spa business until July 2, when Burnett fired him. Since 1974, Wilson had shot three people in three separate incidents, fatally wounding one victim. In 1982, he testified in Lee Orsini’s trial that he had supplied the explosives used in the bombing of Alice McArthur’s car. Wilson died in a 2001 shootout with federal authorities who raided his Mayflower home in search of illegal firearms.

The trial, which showed just how nasty a divorce can be, ended with an acquittal for Scharmel Bolling Burnett. Johnny Burnett’s murder remains unsolved.