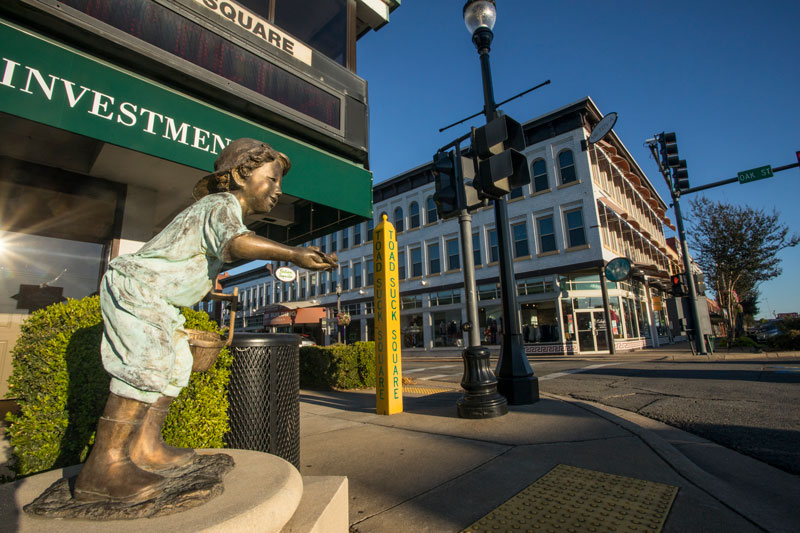 Currently, Conway casts a net that reaches past Russellville to the west, along the U.S. 67/167 corridor including Searcy, Beebe and Cabot, north to Heber Springs, Clinton and Fairfield Bay and south to Maumelle. Lacy says he hopes to continue to stretch the boundaries of that reach and predicted forthcoming big name retailers will help.

“You hear different things come to the surface about what people want. It used to be Target, then it was Sam’s Club,” Lacy says. “Dillard’s has been public that they’re committed to bringing a store to Conway [in 2018]. Lots of people are excited about that.” 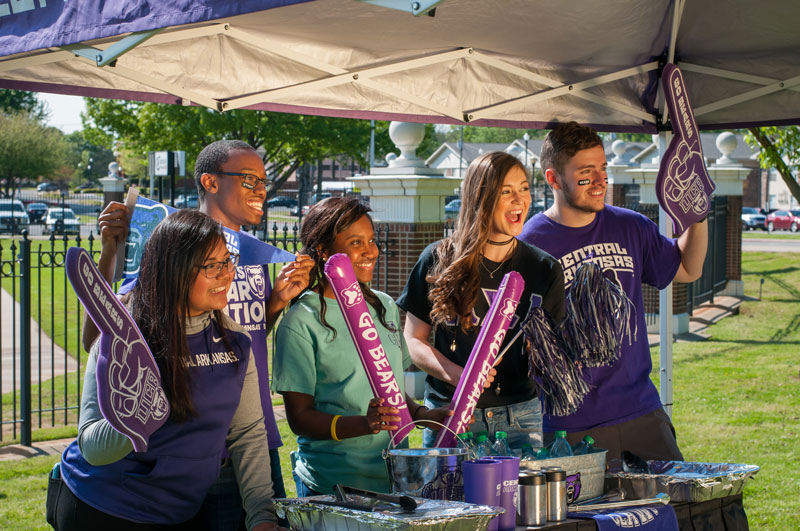 Conway is a college town. It allows students to expand their education, community involvement and overall passions.

Education is one of the main priorities of Conway, with three high schools and three institutions of higher learning to back that up. Conway High School delivers an education rivaling that of private schools, consistently producing National Merit Scholars. Last year, five students scored a perfect 36 on the ACT and the graduating class was awarded more than $13 million in scholarships. The school also features a nationally recognized Career Center, producing career-ready graduates in a variety of fields.

“Conway High School is a place that everyone in Conway is proud of,” says Dr. Greg Murry, superintendent of Conway Public Schools. “Parents and patrons know that our students are getting a quality education in a safe environment. And for our students, virtually every future dream they may have can be fulfilled with the solid preparation at Conway High School.”

Conway Christian and St. Joseph high schools provide excellent personalized instruction with an emphasis on the spiritual growth of their students.

An independent Christian school that partners with the home, church and community, Conway Christian offers small classes that produce superior academic results. Students earn an average of 25 on the ACT, maintain a 3.6 senior GPA and enjoy nearly 100 percent of college placement. The small school atmosphere also provides for plenty of extracurricular activities, from drama to choir to the state’s highly competitive athletic teams.

“We offer upwards of 40 hours of concurrent credit,” says Jason Carson, president and CEO. “Many of our students are able to leave here with significant hours gained towards their college degree. We also have AP science courses and a new winter term which allows students to be involved in internships around Conway.”

Dating back to 1879, St. Joseph School is one of the oldest parochial schools in Arkansas, which explains why many current students represent multiple generations. This family environment contributes to classroom and extracurricular excellence.

“There’s a tremendous amount of tradition, heritage and historical perspective,” says Principal Diane Wolfe. “It is a very small high school which lends itself to all kinds of wonderful things happening. This is the first place I’ve ever worked where this amount of individualized instruction is taking place. With these small classes, the teachers get to know these kids personally, inside and outside of school.”

Small classes and individual attention are also the order of the day at Central Baptist College, one of three institutions of higher learning in Conway. The school has enjoyed strong enrollment growth of late, with a 22 percent increase in on-campus students and 6 percent enrollment growth overall this year. The school also celebrated major facilities enhancements, including a wrestling center and a band rehearsal hall. 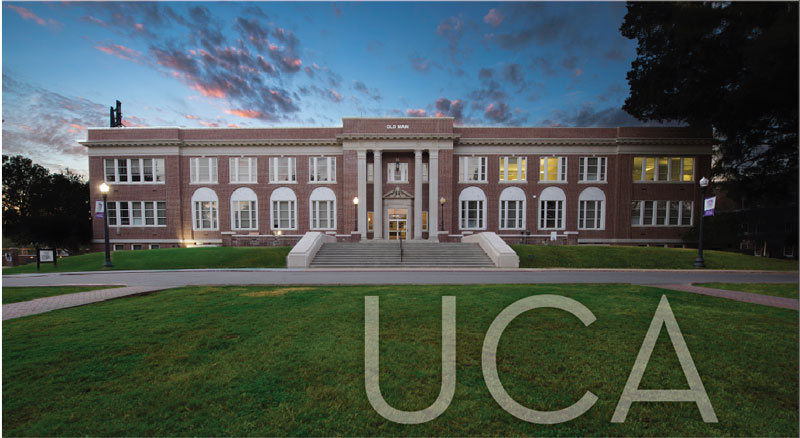 “Students want to be well-prepared for life, whether that means beginning a career immediately after graduation with a bachelor’s degree, continuing in a graduate program or working toward a terminal degree,” says Terry Kimbrow, president. “I have found that students also want to know that someone cares for them on a personal basis. Finally, and most importantly, students are searching for meaning in life. Central Baptist College excels in all of these areas.”

Hendrix College is the only top 100 nationally ranked liberal arts college in Arkansas, according to U.S. News and World Report rankings. The school also appears on the Top 10 “Most Innovative” list. Hendrix students who apply to medical school have an acceptance rate of 89 percent – double the national average – and law school applicants have an acceptance rate of 87 percent. The Hendrix Odyssey Program provides all Hendrix students opportunities to personalize their education according to their own interests and abilities.

“I think one of the big advantages of the kind of skills liberal arts graduates have is, in most cases, a robot or a computer is not taking your job,” says Bill Tsutsui, president and professor of history. “The kind of things that liberal arts majors know how to do – analyze, synthesize, work with others, communicate – those are things that are hard to automate.”

The University of Central Arkansas’ tree-lined campus has long been a fixture of learning and the arts, but its progressive educational programs have kept it at the forefront of higher education.

“We’re a university that is meant to be for the people. We’re meant to be engaged in our community,” says Dr. Houston Davis, president. 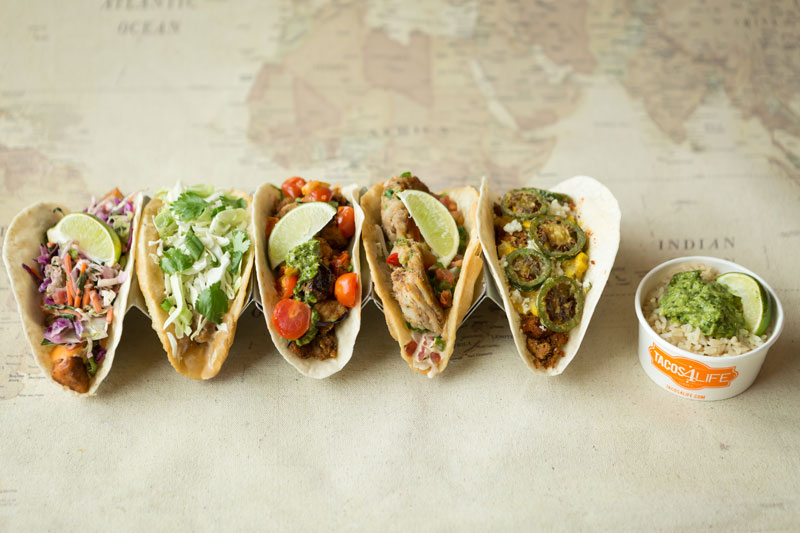 Some of the more recent additions to the school’s 154 academic programs include an innovation and entrepreneurship major, accentuated by a makerspace on campus that is open to students in all disciplines.

“What we’re doing in entrepreneurship and innovation space is one example of what makes us different,” Davis says. “Students across all majors see that there’s a place for entrepreneurship, innovation, creativity in a variety of ways in their careers. Our Conductor Project is really where educational pursuits and entrepreneurship education come together.”

Producing such a well-educated populace – 32 percent of Conway’s residents hold an associate or bachelor’s degree and an additional 13 percent hold a professional degree – has helped the local health care market, especially since Baptist Health opened a 111-bed hospital in 2016 to compete with the longtime hometown health system Conway Regional Medical Center.

Lori Ross with Conway Regional says the health system has introduced a number of advancements of late, including 3-D mammography equipment that is one of its kind in the state and remote check-in for emergency room and after-hours clinics cases. It’s also the place for babies, delivering more than 1,800 newborns a year from Conway and the surrounding area.

“We just were notified that we were designated as a receiving site for AR SAVES, a stroke program through UAMS that uses telemedicine,” she says. “We will be a receiving site, which means [that] if there’s a smaller hospital out there that receives a patient with stroke and they determine that the patient needs a higher level of care, then through that telemedicine connection the hospital may be instructed to send their patient to us.”

Tim Bowen, new vice president and administrator for Baptist Health Medical Center-Conway, says the new player on the block has quickly made its name through quality of care and community involvement.

“A hospital is, a lot of times, at the center of the community,” he says. “Providing care has now moved well beyond the walls of the hospital. Used to be, patients came to you, they got care, they left and that was really your involvement in providing care. In today’s world, we’re going to the consumer.”

Baptist accomplishes this through a combination of high tech and high touch, Bowen says. Utilizing a system called Interdisciplinary Team Rounding, multiple parties are involved in a collaborative approach to meeting needs and care options, including the patient and the patient’s family. The hospital also employs the latest in medical technology, such as the da Vinci robotic system (the only one of its kind in the area), eICU and Smart Beds.

If there’s one downside to Conway’s growth it’s been in the area of housing, says Korry Garrett of Sandstone Real Estate Group.

“Right now, we’re low on inventory; it’s a pretty much a seller’s market,” he says. “If someone comes along with a good sellable listing, say between $75,000 up to $250,000, it’s going to fly off the market and the seller is probably looking at receiving multiple offers.”

Garrett says the bulk of his clientele right now are singles and young families and these groups are having a particularly hard time finding a home, especially if they are looking for new construction.

Elizabeth Parsley of ReMax Elite has been selling homes for nearly 35 years, 30 of them here in town. She says she’s never seen a lack of inventory this severe, but says she sees many signs that things are turning around.

“Back in 2008 to 2010 when the stock market had a bump, there weren’t as many subdivisions that opened up for a while,” she says. “Now they’re building like crazy again. We’re blessed with superb builders. We have a really high building code here and I’ve had inspectors say that the houses are built very well in Conway. They’re impressed and they work all over the area.”

“Do we need more houses? Yes. But it’s all because there are so many wonderful things happening in our community. Our builders are working to correct things. We’re very blessed here.”