There’s no shortage of great seafood spots in Arkansas, but there’s one that reigns supreme. When looking for the perfect combination of service and food quality, you can’t go wrong with a Jerry Barakat restaurant, and his Oceans at Arthur’s definitely fits the bill for seafood.

AY Publisher Heather Baker is heading over to west Little Rock to get a taste of Oceans alongside KARK host Hilary Hunt. Before they can get to eating, though, Baker wants to make sure that Hunt is ready for what’s ahead. 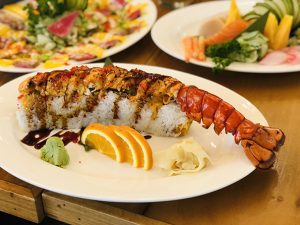 “I’m a Florida girl, so you know I love some seafood. I saw him [Jerry Barakat] get to work in there, and I’m pretty pumped,” Hunt says. 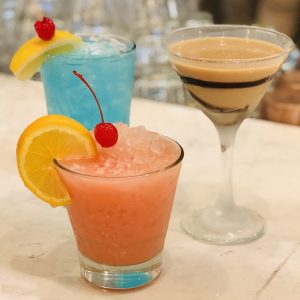 It’s not long before the stars of the show make their appearance – all the seafood.

“I have never seen anything like this. Look at the spread,” Baker said. “Jerry will never let you down. Just get in your car and drive to Oceans right now. Just do it.” 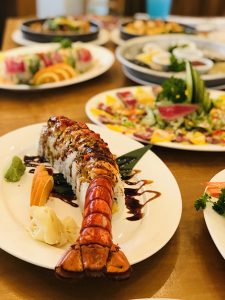 At Oceans, there is a huge menu filled with seafood options, ranging from raw to cooked options. There is a raw bar with shellfish platters or char-grilled oysters, as well as a massive list of different types of sushi rolls. You can order traditional rolls, such as salmon or spicy tuna, or you can try out one of the specialty rolls, like the “King Arthur,” which has crab, seared Wagyu beef, avocado and caviar.

If you’re not feeling up to sushi or oysters, there’s also scampi pasta, fish and chips, fish tacos and even burgers. In short, there’s a little bit for everybody. 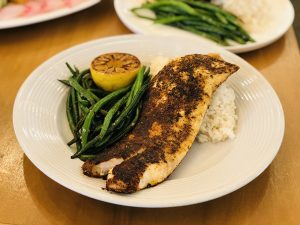 Looking at the array of options Baker is bowled over, remarking, “Amazing spread. Whether you’re doing keto…whether you’re not on a diet or you want cooked food or raw food.”

“Speaking of not on a diet, that’s me, and I’m ready to dive in. I think we need to get to this lobster roll, maybe some sushi. I mean, we have everything,” Hunt says. 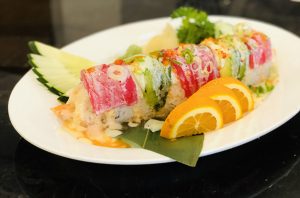 This duo makes short work of the delicious seafood appetizers and entrees before them, delighting in the oysters, lobster and sushi rolls.

Both Baker and Hunt are clearly impressed with Oceans. What’s the score from them? 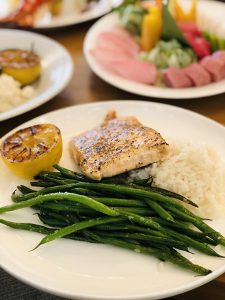 Hunt gives it five stars, noting that “you feel like a celebrity here.”

Now, they want someone else to feel like a celebrity at Oceans at Arthur’s. 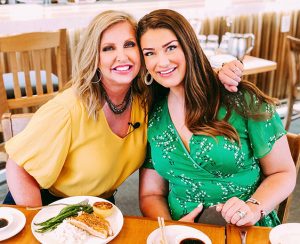 Head over to Baker’s Instagram page to find out how you can win a gift certificate to eat at Oceans at Arthur’s.

Want to WIN a $100 gift card to @oceans_atarthurs? ?OF COURSE YOU DO!!! . Follow the steps for your chance to win: ➡️ Follow both pages @heatherbaker_ar @hilary_tv ➡️ Tag a friend ➡️ Share to your insta story for a bonus entry . . . #giveaway #OceansAtArthurs #arkansas #food #seafood #giftcard