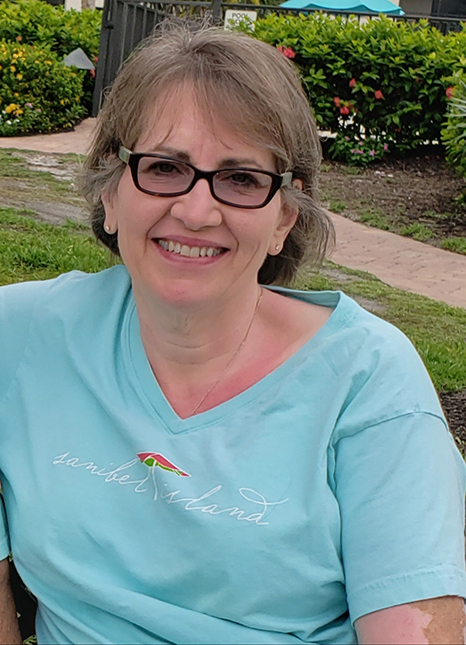 Suzanne Raiford, an Arkansas chef and first-time winner of the General Mills Neighborhood to Nation Recipe Contest, says opening her restaurant and sharing her love of cooking with her community has been a lifelong dream of hers.

Right beside the County Clerk’s Office in downtown Searcy sits Daisy’s Lunchbox Café. With every single meal ordered here comes a cinnamon roll with a perfect combination of dough, cinnamon and rich, creamy icing. Each meal served at Daisy’s Lunchbox Café is a reflection of Raiford’s long history and attachment to cooking and baking.

Raiford’s love of cooking flowed over into her marriage, and over 30 years ago, she and her husband, Mark Raiford, started talking opening their own restaurant.

“So, we’ve talked about it for years and years, and then life happens, you have kids and one of them is sick with cancer and this and that, and then all of a sudden, it’s 20 years later and you haven’t done anything,” explains Raiford.

The turning point in their decision to finally open Daisy’s Lunchbox Café came in an unexpected event.

“He [my husband] was laid off and unemployed for a year, and he actually started to learn how to cook,” says Raiford. “And so, for the year he was unemployed, he was knocking out this really good stuff, and I was like, ‘Man, we should do this.’”

After taking out some of their retirement and life savings to start their business, Raiford began to seriously pursue their dream. Now, the couple has been consistently growing their restaurant for over five years.

“People would say, ‘You’re not going to make it; restaurants are hard…,’ but I knew that I had a product because everything that we do is homemade, and there’s nothing else like that in town,” says Raiford. “I was a little bit afraid; I think everybody else was more afraid for me, but I knew that once we did it that we were going to do it.” 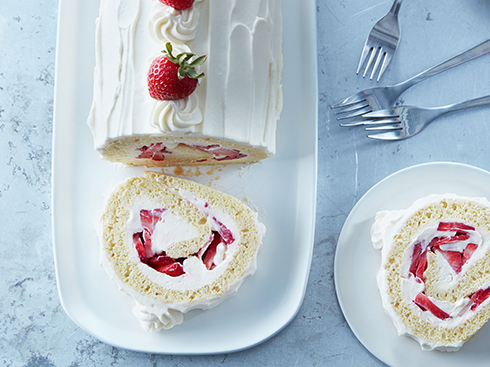 Raiford credits her having the confidence to finally enter the General Mills contest to her Sysco Representative and Marketing Associate, Marvin Loyd.

“Last year he tried to get me to enter this General Mills baking contest, and I thought, ‘There’s no way I’m going to win over all these people,’ and so I didn’t do it,” says Raiford.

But this past year, after tasting Raiford’s strawberry almond shortcake roll, Loyd told her she had to enter it into the contest.

“And so, I hemmed and hawed, and by the hair of my chinny chin chin, got it entered,” chuckles Raiford. “I mean, it was like an hour before deadline.”

Everything Raiford makes is from scratch, so she had created her strawberry almond shortcake roll with the basic baking ingredients like flour and sugar.

“But I had to use something from General Mills, so I used the least restrictive ingredient,” explains Raiford. “I used their white cake mix and took stuff out and added my things in, and it took me four or five times to make it so I liked it.”

While celebrating the Fourth of July on a beach in Florida, Raiford got the phone call letting her know she had won in her region. The competition is now down to 10 people, each from a different region, competing for the grand prize.

“I’m very humbled by the whole experience,” says Raiford. “It’s fun to win and it’s fun to do all this, but I feel like it’s a real privilege for me, and I’m very honored to even be in the top 10 and to be the only one in the state.”

As for the future plans for Daisy’s Lunchbox Café, Raiford says she hopes to continue growing the restaurant as needed.

“I would love to expand my business a little bit; we’ve got a big enough building to where we could knock some walls down, but with that, we have to have more staff,” says Raiford. “So, we’re baby steps; we went from four or five tables when we first opened to now, we can seat up to 50 people.”

Raiford’s humbleness and true passion for what she and the others involved in Daisy’s Lunchbox Café have accomplished is obvious when she talks about how it feels to win and have her lifelong dream so highly recognized.

“I want to really thank our customers and my family, and I really would love my Sysco Representative [Marvin Loyd] to be thanked; He has sat with me for hours and hours to help me with my business, get prices and help me with menus,” says Raiford.  “And I also, give a lot of credit to the Lord because I think God had His hand in this whole thing.”