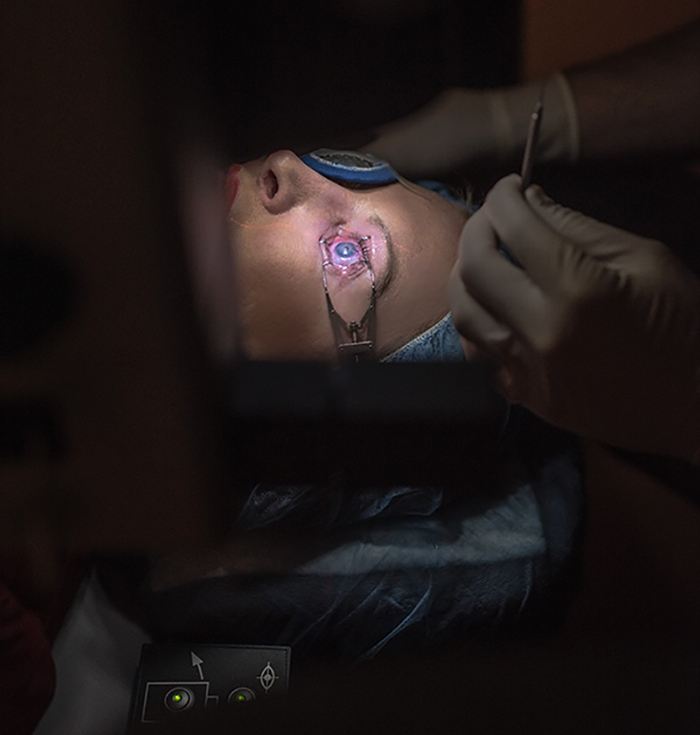 Fumbling for glasses in the middle of the night, holding a menu as far as your arms will reach, squinting to read street signs.

If any of these scenarios sound familiar, you’re in good company. Millions of people in the United States are completely dependent on their glasses or contacts. The strange thing is, even though about 75 percent of adults use some sort of vision correction (according to the Vision Council of America), the demand for laser eye surgery has gone down since its peak in the early 2000s.

For many, the decision to not have LASIK surgery comes from a fear of having someone come at their eyes with a laser — understandably. But, for most of the people who have chosen to undergo laser eye surgery, their lives have dramatically changed for the better. AY About You editor-at-large Lisa Fischer is one of those people.

In 2007, Fischer had LASIK surgery and was able to see clearly for the first time since she was a middle-school child. Today, with a 35-year career in radio and TV, as well as her copy editing job at the magazine, if she doesn’t have an article in front of her eyes, she has a script to read. 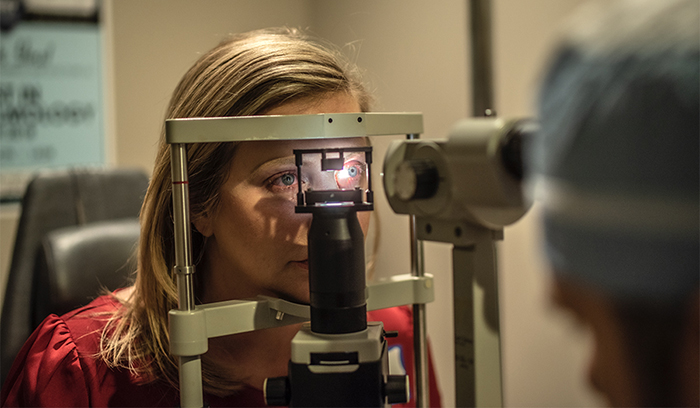 “My life is so much better now,” Fischer says. “I’ll never need longer arms, never need reading glasses. Now I can carry copy in front of me for my job and easily read a script. I wish I had done it earlier.”

Heather Baker, publisher of AY Media Group, has a similar story to Fischer’s. Baker’s career also depends on her ability to read over magazine articles and video scripts. Recently, she reached a point where she couldn’t read without reading glasses anymore.

“They were having to make the scripts so big for me,” she says.

In March, Baker elected to have LASIK surgery and was thrilled with the results.

“I immediately walked out and could see right away,” she says. “I can read my phone and scripts, which is so important for my career.”

Sought-after ophthalmologist Evan Newbolt, M.D., who practices at McFarland Eye Care in Little Rock, explains that even though the idea of eye surgery sounds invasive and scary to many, it’s actually a highly concise procedure in a very relaxed atmosphere. Two different lasers are used. The patient first lies down, face up and awake. Valium is given to relax the patient, then, numbing drops are put in the eyes. After that, a speculum is placed in one eye to keep it open as the laser suctions the eye to keep it still and cuts across the top of the cornea to create a flap. The flap is opened, and the laser is used to reshape the cornea beneath the flap. 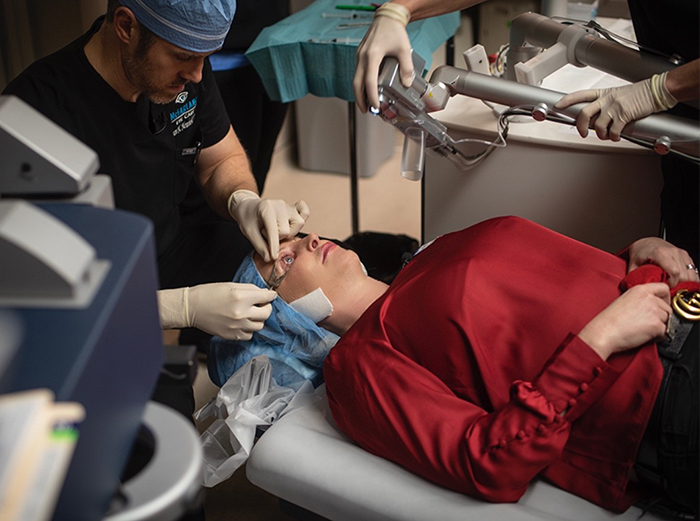 Then, the flap is closed and the same procedure is performed on the other eye.

Each eye is under the laser for fewer than 25 seconds per eye and the entire procedure takes fewer than 10 minutes. And recovery is quick. Following the procedure, patients are asked to take a long nap at home. Afterward, they feel a lot better and already see better than when they came in that morning.

LASIK can correct nearsightedness, farsightedness and astigmatism, but it is ideal to have it done in your 20s and 30s because as you get older, you develop presbyopia. Presbyopia is the farsightedness that comes around age 40 when you start to need reading glasses.

“If you wear reading glasses now and you didn’t need them four or five years ago, you’re a moving target,” Newbolt explains. “When it gets to the 40s, we have to have a conversation about how you use your eyes, what activities and what jobs you’re doing so that we can get you functional.”

Newbolt, who performed Baker’s surgery, used the monovision method. He fixed one eye to be able to see up close and the other eye to see far away.

Over the years, there have been a few stories about complications that have resulted in vision loss, but those cases are extremely rare. Some side effects of LASIK surgery, such as dry eyes and glare, are common but temporary. They usually clear up after a few weeks. The important thing is to find a doctor who will do a thorough vetting process before surgery to make sure you’re a candidate.

“I don’t do LASIK on people who have severe dry eye,” Newbolt notes. “You can make dry eye worse. While no procedure is perfect, many possible issues can be avoided with proper screening. Most people who have the surgery end up with 20/20 vision. On the whole, it is a great procedure for a lot of people.”

In addition to LASIK surgery, many people find their vision greatly improved through other surgeries such as cataract removal.  With age, the natural lens inside the eye becomes cloudy and affects our vision. That cloudy lens is called a cataract. Cataract surgery is one of the most common eye procedures performed. 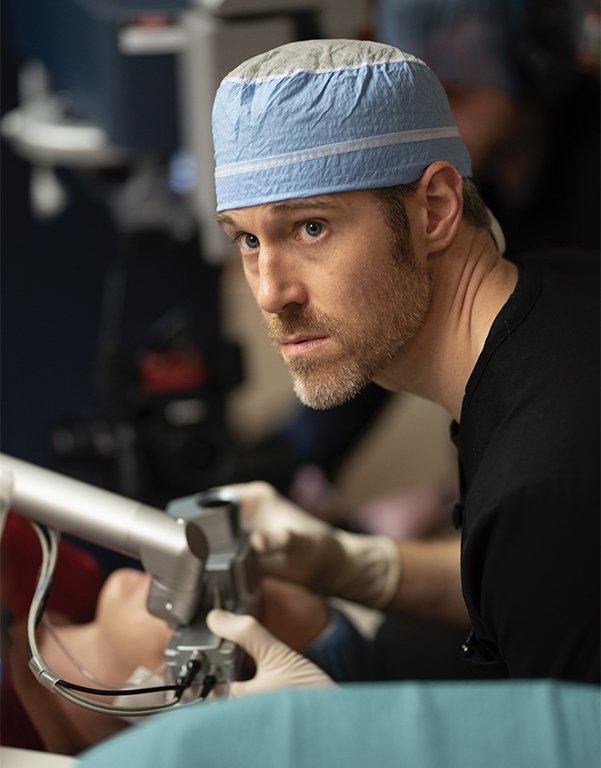 During cataract surgery, the natural cloudy lens is broken up and removed from the eye to be replaced with a new, permanent prescription lens. According to the National Eye Institute, by age 80, more than half of all Americans either have a cataract or have had cataract surgery. The surgery is outpatient and recovery time is short. Any soreness and discomfort disappear within a couple of days.

Another option that may not be as popular, but is certainly life-changing for some people, is an eyelid lift (blepharoplasty). Eyelid lifts are also relatively easy. Patients usually have a short recovery time after, although there can be some swelling and bruising involved along with stitches that remain for about a week.

“My eyelid was drooping so bad, there was no light getting in,” she says.

Jones found her peripheral vision to be especially affected. When she would drive, she would have to turn her head completely to look head-on out her side window. After her eyelid lift, her quality of life improved dramatically. She was able to drive more safely and easily, enjoy reading books again and do her job more efficiently.

“In my business, you have those tiny jewelry tags,” she notes. “Those are so hard to see. I used to have to raise my eyelids with my fingers to see. Now, I have no problem. Too many people think of this surgery as cosmetic, but if you can’t see well, why on earth would you not do it?”

The fear that surrounds eye surgeries is understandable. It may seem intimidating to allow a doctor to operate on your eyes, but in the vast majority of cases, there’s nothing to it, and people seem overwhelmingly happy with the results.

“People should know that they have that possibility to see without glasses or contacts,” Newbolt emphasizes. “They have a chance to be independent. It’s pretty amazing.”