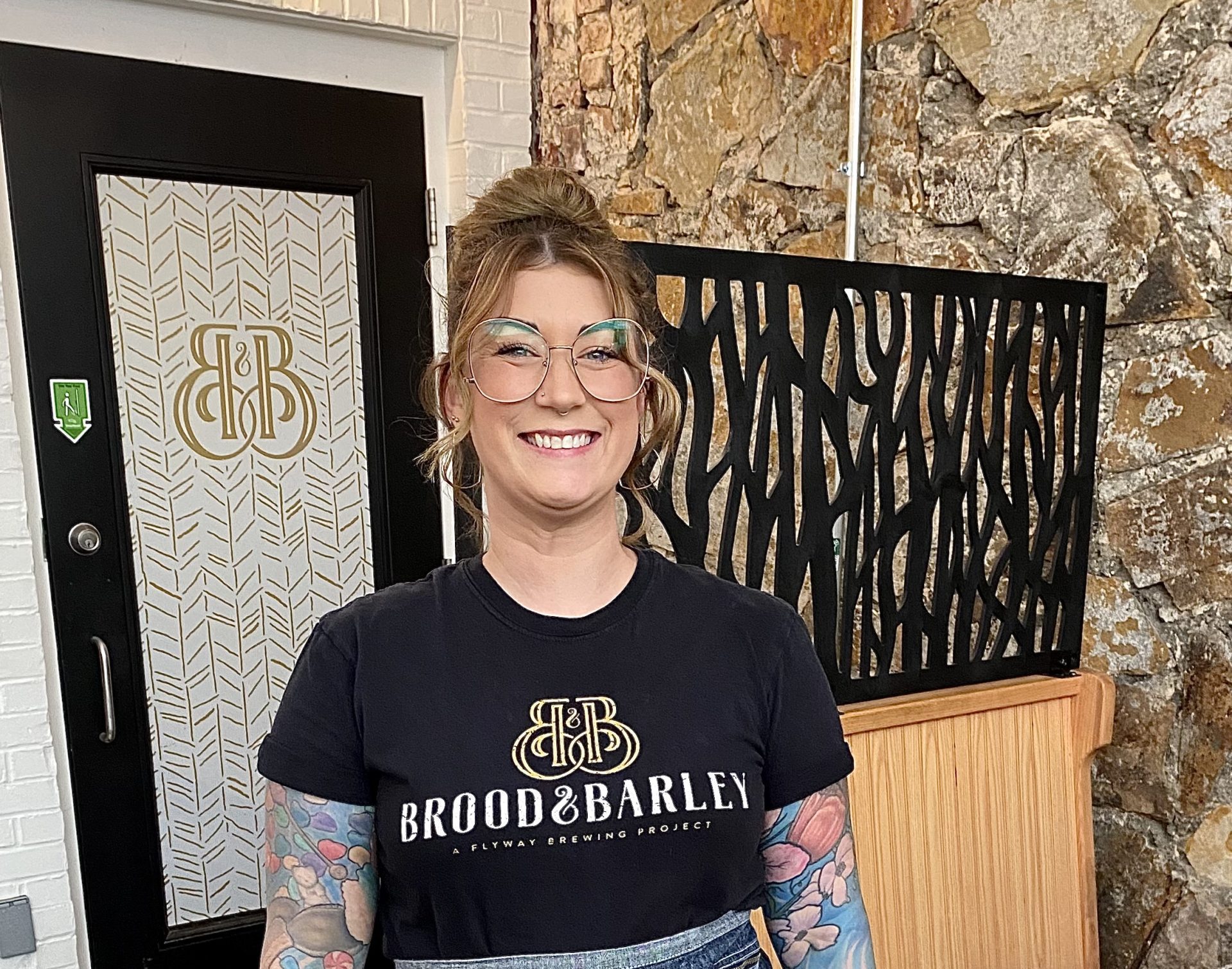 It is time to get to know the heart and soul behind every restaurant experience — the server. Here’s our Q&A with Christine Pottker of Brood & Barley.

What are some of the things you enjoy about working at this restaurant?
One of my favorite things about working at Brood & Barley is that there are so many funny people on staff. They all make my workday go by so fast and keep me in a great mood. One of my best friends, Joey, works in the kitchen. I’ve worked with Dave Burnette on and off for four years now, and I consider him a great boss and friend.

OK, let’s go back a bit. What was your first restaurant job?
Oh wow, my first restaurant job was right after I turned 16 at a place called Paradox in Chesapeake, Virginia. It was basically a glorified Applebee’s. I hated it, but here I am still serving after 16 years.

I know you’re not an Arkansas native. Where are you from and what brought you here?
I’m originally from Chesapeake, Virginia. I just tell people Virginia Beach because when I say Chesapeake, they say, ‘Huh?’ I moved to Austin, Texas, in 2016 where I met my now-husband. He already had plans to move here, and I wasn’t on board. Eight months later, I decided I didn’t want to be without him and moved up here.

Going back to serving, what aspects about your job do you really love?
I love that no day is ever the same. I mean, sometimes it can be a little monotonous. You get to meet new people every day though, and I honestly love making people’s dining experience memorable.

You were our table’s server a few months ago at Brood & Barley for one of the restaurant’s multi-course, beer pairing dinners. I’m not just saying this, but I thought you did an amazing job. In your opinion, what’s the key to providing stellar service for a dinner like that?
Timing and communication! There is no way it would get done without the chef, waitress and bartender constantly talking. People eat at different paces and it’s important to make sure you’re not overwhelming one guest with too much food or making another guest wait too long for their next dish.

There are obviously several demanding aspects of the job, not the least of which is the physical toll it can take. Do you think this is something that often goes overlooked when folks think about this career?
I do think that a lot of younger people come into the industry and are able to do 12-hour days without their back or feet giving out on them. I did it when I was young. Now that I’m older, I’ve experienced carpal tunnel, stress fractures in my feet, arthritis and tennis elbow. I mean, I could keep going. Usually, a drink after work takes care of that.

Last question about work, I promise. What is the most embarrassing thing that’s happened to you while serving?
When I was 22, I worked at a cantina. We served chips and guacamole to tables. I was walking toward a table with the chips and extra guac when I tripped and threw the guac right into this woman’s face. I was mortified. She busted out laughing and I started sobbing. I got the rest of the day off.

When you’re not at work, what do you like to do in your free time?
I love being outdoors — going for walks, hikes or taking my daughter to the park. My husband and I have pretty much hiked every state park within two hours of Little Rock and I am looking forward to taking my daughter with us in the future.

I noticed you like tattoos. Is there a particular one you could tell us a little about and why it’s so special?
I think my favorite tattoo is on my thigh. It’s a heart with a banner that says ‘Kick Rocks.’ Unfortunately, the C and the K at the end of ‘Kick’ are very close together and look like a D. So, everyone thinks my tattoo says ‘Kid Rock.’ I just tell them I’m a huge fan.

You’ve got to build a three-course meal (one appetizer, one entrée, and one dessert) with each course being from a different Central Arkansas restaurant, and you can’t include Brood & Barley. What does your meal include?
This one is really hard, but you are kind of known for asking people to make tough decisions. For the appetizer, it’s the frog legs at Cypress Social. Main course is the steak and frites at Ciao Baci, and dessert is The Pantry’s cheesecake.