Shadrachs Cozies Up to Conway 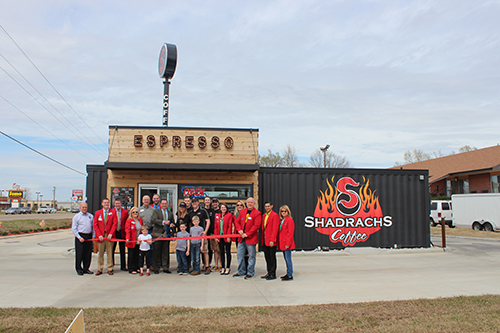 Shadrachs Cozies Up to Conway

It’s really no surprise that Conway, the City of Colleges, has a robust and thriving coffee community, with drive-thru and in-house locations of all types, suitable for everyone’s caffeine preferences.

Rumors have been circulating in the community since January of 2022 that Shadrachs Coffee would soon be coming to Conway. Shadrachs Coffee confirmed this in a Facebook post, amongst the announcement of the opening of Shadrachs Hilltop.

Straight “Out of the fiery furnace,” the coffee company started in Jonesboro, where it currently has over five locations. According to plumbing reports from the Arkansas Department of Health, Shadrachs Coffee will be located at 2545 Prince Street.

Other locations announced by the franchise include two out-of-state stores in Lakeland, Tennessee and Oxford, Mississippi as well as a location in South Paragould.

For more information about Shadrachs, or to take a look at its diverse menu full of coffees, teas, milkshakes and signature espresso, click here.