Shakespeare in the Park

While 13 may be considered an unlucky number, Arkansas Shakespeare Theater celebrates the start of its 13th season this month with a selection of the Bard’s works that embraces the theme of “Fate and Chance.”

“It wasn’t by chance that we chose this theme for our 13th anniversary,” says Rebekah Scallet, AST’s producing artistic director for the past eight years. “I’m always looking for a way to connect the experience for the audience and help them see the shows in context of one another. It’s always my hope they will come see everything, and the theme will help them create a conversation and find new things in the plays.”

The result is a carefully curated selection of works representative of Shakespeare’s comedies, tragedies and histories – with the added bonus of a musical.

The company will perform more than 30 shows during its month-long season running June 7-July 7 with performances taking place at the University of Central Arkansas. The Comedy of Errors, directed by Houston Shakespeare Festival Artistic Director Jack Young, kicks off this year’s line-up and will be performed on the lawn in front of McAlister Hall on the UCA campus. The plot revolves around two sets of twins separated at birth.

“Fate brings them together and comedy ensues,” Scallet says.

Nowhere is the theme of fate and chance more prominent than in Romeo and Juliet, in which the audience learns in the prologue that “a pair of star-cross’d lovers take their life.” Tommy Novak directs this one-hour, family-friendly adaptation in Reynolds Performance Hall.

Fate also plays prominently in Macbeth, when three witches meet an unsuspecting Macbeth and hail him as the future king of Scotland. 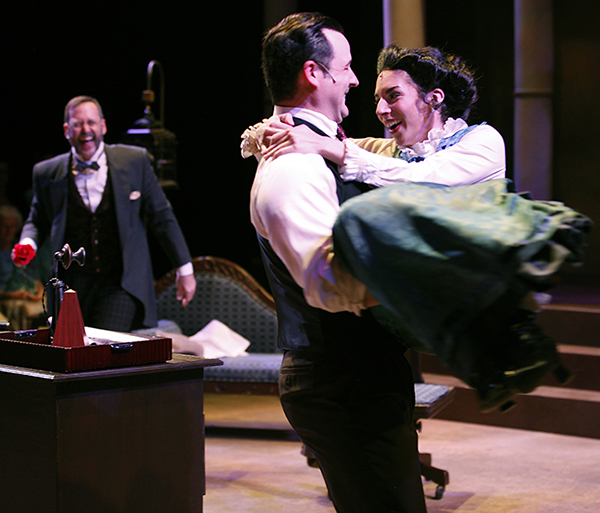 And lastly, the idea of fate and chance is obvious in this year’s musical Guys and Dolls about high-rolling gambler Sky Masterson, who bets on love and luck. Jenna Elser directs the musical, which opens June 15 in Reynolds Performance Hall

A musical has always been part of the season since AST began in 2007. When Scallet was hired as artistic director in 2012, she decided to stick with tradition and included Big River in the season.

“After doing it, I realized how vital the musical is to the overall work we do,” she says. “Our mission is about making Shakespeare, and theater in general, accessible and engaging, and musicals do that extraordinarily well. I think we reach more people through the musical, but once they come and get to know our space, our performers and the kind of work we do, they are more than likely to come back to one of our other shows.”

New this year is an AST Institute, a series of in-depth talks and workshops offered alongside the productions to the general public. Scallet, who directs Macbeth, will give a pre-show talk about the play to share insight with the audience as to artistic choices and her approach to productions.

Another event will feature a talk and book signing with AST actor Paige Reynolds, author of Performing Shakespeare’s Women: Playing Dead. Reynolds is an associate professor of English who teaches Shakespeare and drama at UCA. She will appear as Angelo in The Comedy of Errors and as a witch in Macbeth. 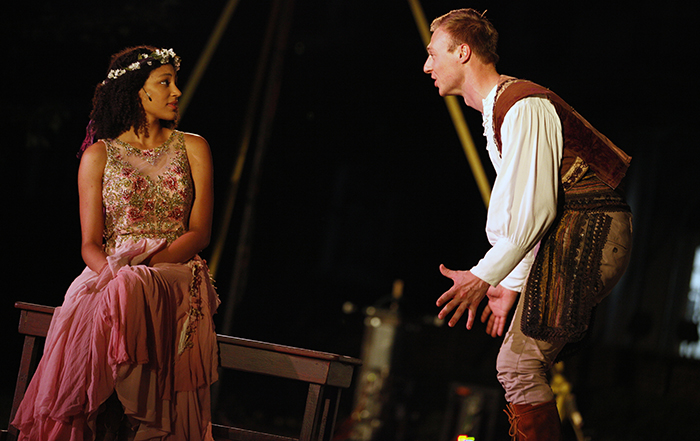 This year’s ensemble includes about 100 actors, technicians, directors and behind-the-scenes personnel, who are a mix of union and non-union actors, teaching artists, interns, and central Arkansas youth.

Some of this year’s returning actors are members of the Artistic Collective, a group of artists who are performing nationwide but consider AST their artistic home.

Chad Bradford, an AST alumnus and UCA graduate, will be back this summer performing as Macduff in Macbeth, as Sky Masterson in Guys and Dolls, and as the Duke in The Comedy of Errors.Originally from Little Rock, Bradford has worked across the country and has returned to Conway every summer but one since 2012.  Last summer, he was a teaching artist and co-directed The Groundlings youth company.

“AST is my artistic home,” says Bradford, who is now the associate artistic director of Shake on the Lake in Silver Lake, New York. “I get to use all my skills as a composer, a director, a teaching artist, a singer, an actor. It’s why I keep coming back. I get to express myself so fully.”

More information about Arkansas Shakespeare Theater and the schedule of performances can be found online at www.arkshakes.com.