Sharing the Love: Black-Owned NWA is a Vital Service for the Region 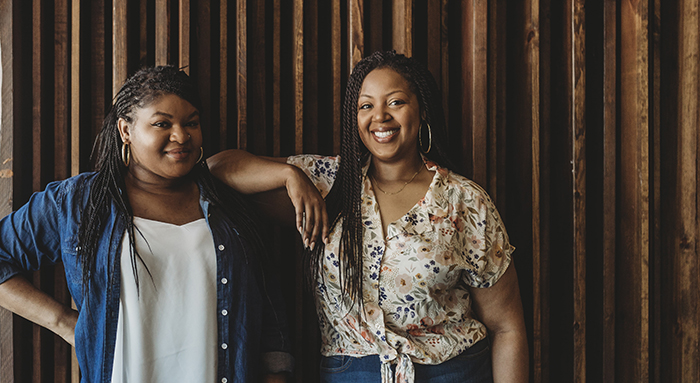 Sharing the Love: Black-Owned NWA is a Vital Service for the Region

Through making long-distance moves to the small, though activity-packed, Northwest Arkansas region eight years ago, two women found themselves cultivating community. After connecting through a local event, J’Aron “Jae” Merchant and Jazmine “Jazzy” Hudson quickly became best friends, and during the time spent creating a community, they also created a brand.

Merchant, a freelance illustrator and animator, is originally from the Virgin Islands. Hudson, a retail professional, is originally from Cincinnati, Ohio. Among discovering the common backgrounds they held through going to Historically Black Colleges and Universities — better known as HBCUs — and other shared experiences, Merchant and Hudson started a community blog to highlight the chronicles of two Black women living in NWA. By Hudson and Merchant, their blog JazzyJaeNWA, highlights all things food, fun and art.

“Moving to NWA can be a struggle, especially for Millennials of Color with no friends, family or significant other. … We highlight that not only are there things to do in the community but that people of color are here to not just survive but to thrive,” the two wrote on JazzyJaeNWA.

A change in scenery would be an understatement, however. While differences with both of these moves were relevant, Hudson says she believes they were both educated in a way to help them tackle big changes. As HBCU graduates, with  Hudson having attended Tennessee State University and Merchant attending Savannah State University, they both learned valuable lessons relating to culture and community.

“Upon graduation the reality is different than that of an HBCU; we both moved to a really white area, which we understood that 2 percent of NWA population is Black, with that number being primarily composed of college students,” Hudson says, speaking on how unique NWA culture really is. “However, the connection and friendships in the area are lifelong friendships, with fantastic people to connect with.”

While community was something to be created, Merchant and Hudson both decided to branch out to sustain the area and culture. This is how spin-off blog Black-Owned NWA was created.

Black-Owned NWA really took off in summer 2020, as not only an educational resource but also as a community bulletin style Instagram account. The account now has more than 11,000 followers, and contains a large amount of resources for Black businesses. This account highlights services and places such as DJs, doctors, shops, fitness professionals,  real estate agents, restaurants, murals, makeup, barbers, hair salons and artists.

Notably, Black-Owned NWA draws attention to community groups, such as Bike POC, which has helped people of color get into biking, an activity that has become more than common in the hills spanning from Bentonville to Fayetteville, especially since the addition of the Razorback Greenway — the biking trail that spans 37 miles across NWA.

The blog also dawned on community activist Nate Walls, the owner of Secondhand Smoke, a barbecue joint that redesigned itself as a nonprofit organization, focusing on feeding the community and, ultimately, helping solve the area-related hunger issues. 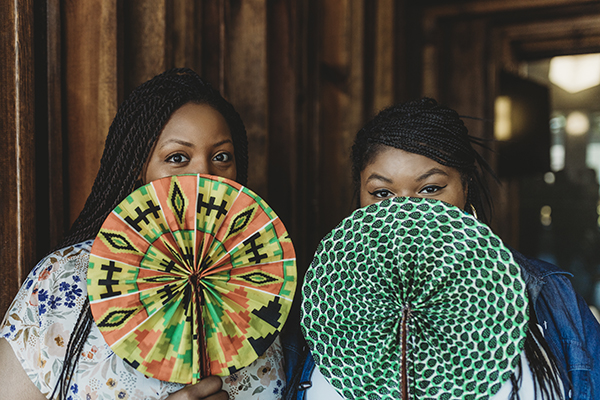 While this may have started as a blog, Black-Owned NWA has grown, becoming more than just a list of companies and resources, but a community in itself.

“I think it has helped in a major way with education, especially with those who don’t understand African American diaspora, it’s helped people feel seen — and even when people aren’t kin to it, they have reached out for understanding,” Hudson says, explaining how this has helped to move the diverse area into one of inclusion.

While JazzyJaeNWA has always served as a resource for people of color, it started with a mission to help minorities thrive upon moving; Black-Owned NWA has furthered that mission by creating resources where they weren’t always readily available.

Expressing gratitude, Hudson spoke fondly of her NWA connections, touching on a time she and Merchant were out of Arkansas for work.

“The community has been the best thing; the people here are awesome. Jae and I lived in New Jersey for seven months, in the height of the pandemic. When we couldn’t find eggs, a friend from NWA went out of their way to send eggs to us,” Hudson says. “When we moved back, our friends Jenny and Dave Marrs had renovated our home, which was a moment that meant a lot to us.”

Jenny Marrs from HGTV’s Fixer to Fabulous wrote about this renovation on her blog, Our Good Table.

“When Jae and Jasmine moved to New York at the start of the year, they left behind a gaping hole in our community and, personally, in our family,” Marrs wrote, grateful for the two’s hard work. “They both serve our area selflessly — from the countless hours spent volunteering at Havenwood to their work curating Black-Owned NWA to their overall ability to bring energy and enthusiasm to seemingly every event that takes place in our town — they love big and make everyone around them feel welcome and seen.”

Merchant and Hudson’s renovated boho-chic rental can be seen in season 2, episode 9 of Fixer to Fabulous.

In the midst of highlighting Black-owned businesses, Merchant and Hudson met Madia Willis while she was planning an MLK Day Celebration in the area. Willis mentioned on The Today Show how the two blogs personally helped her build a community.

The timing ultimately resulted in the launch of Black Paper Party, a company that has been featured by multiple news organizations including Huffpost and, most recently, The Today Show. On top of this, the brand can be seen in social media posts of celebrities, such as actress and producer Issa Rae.

“Very similar to the launch of Black-Owned NWA, we met Madia in the community, and we all decided that there had to be something to create with all of our specific skills. Through brainstorming ways to celebrate Black culture, we decided we wanted to create Black representation during the holiday season, and we wanted it to be easily accessible,” Hudson says, noting the difficulty in finding inclusive decor around the holidays.

“Through intense brainstorming sessions, we came up with the idea for Black Paper Party. … With everything going on with the world, we wanted to provide gifting solutions that would help people focus on what matters most: spending time and making memories with loved ones,” Willis told The Today Show on Nov. 23, 2021. It was in November that Black Paper Party mentioned the possibility of expanding to more occasions and holidays.

Where there is a passion for doing what you love, there will always be a way. A lesson that Hudson has taught well.

“My personal inspiration is really my parents,” Hudson says. “I grew up with a super crafty mom and a business-man dad. … I really drew from them for Black Paper Party and Black-Owned NWA, and I really grew up with so much Black representation which seeped into my culture and found a way to provide for my community.”

Hudson touched on the struggles of moving to a new place, while emphasizing the toughness of transitioning.

“Protect your peace and protect your mind; living here is easier for some than it is for others. Just remember you aren’t a tree, you aren’t stuck,” Hudson says. “There are people here that have found ways to create a fantastic life, and create the lives they wanted to live.”

Hudson says she firmly believes that moving to and owning a business in Northwest Arkansas is the best-kept secret in the country. There are so many unique experiences and ways to thrive, and many holes to be filled in the Black community.

Black-Owned NWA will continue to highlight and grow within the  community by drawing attention to unique businesses, services and more. In addition to posting these businesses and guides around the community, Hudson and Merchant hold several Black business expos throughout the year, with one in the works for the end of February.