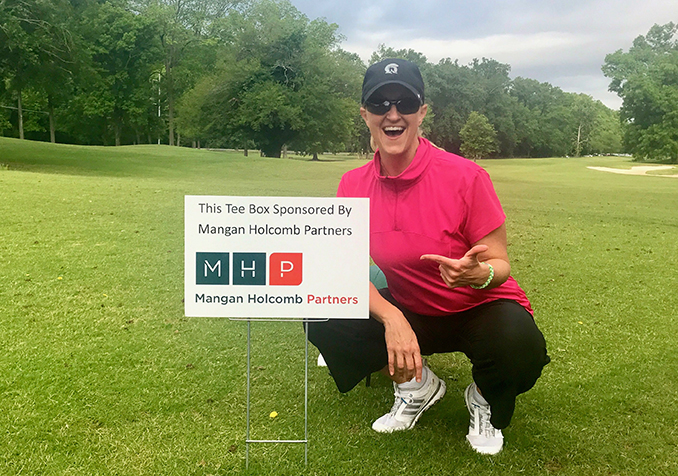 For this week’s segment of Woman Wednesday, AY About You sits down with Sharon Tallach Vogelpohl. 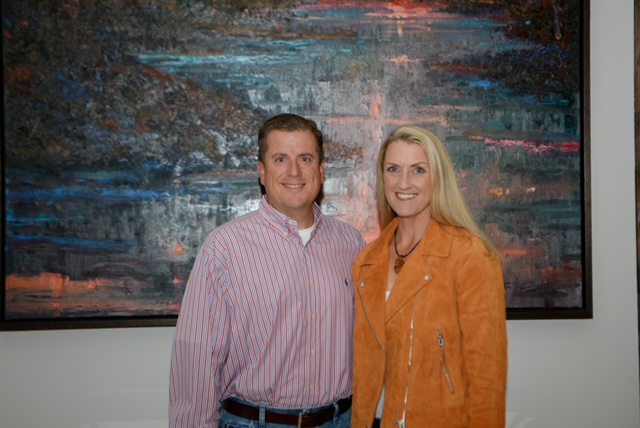 Outside of work, Vogelpohl enjoys fishing, playing golf, boating, working and gardening at her family’s farm, binge watching Netflix and watching her children play any-and-all sports. Unfortunately, she hasn’t had a ton of time for any of the former based on the latter, but Vogelpohl says that she wouldn’t trade it for the world. 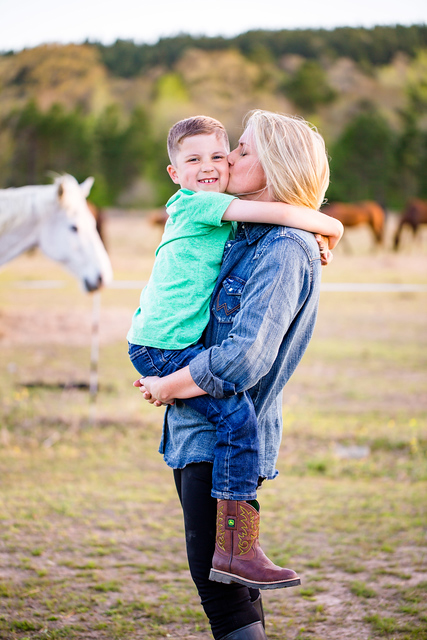 “I never go anywhere without a camp chair in case a spontaneous game breaks out.”

We asked Vogelpohl what it means to her to be a woman. 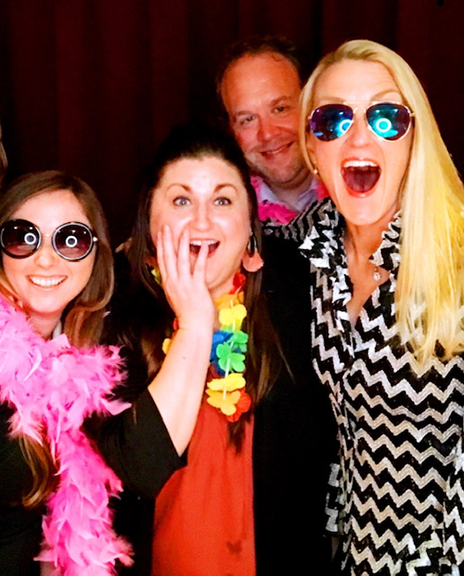 “It’s the best of all worlds. I can be a CEO and a CMO (Chief Mothering Officer) simultaneously.  And coach baseball. And wear cute shoes.”

Vogelpohl outlines the challenges that she has faced in her field as a woman. 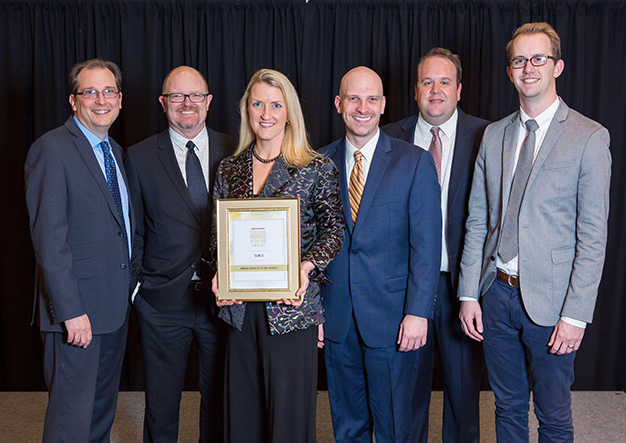 “I grew up in a very competitive family with a dad and two older brothers who never, ever cut me one inch of slack – and still don’t. There wasn’t a lot of talk in my family about even playing fields. It was basically, ‘The game is on the field, and you’re in the game, so you better be ready to play.’ No special treatment for being a girl. My mom was the Den Mother and my dad was a leader in the Quapaw Council, and I was an honorary Boy Scout because I thought Brownies were boring back then. I also was the all-time center in asphalt touch football games in front of my house that lasted until dark and was always ready to sub in at little leagues for infield practice or batting practice. On my mom’s side of the family, there were eight grandsons before me, and the story is that my grandfather was disappointed when I was born because it ruined the Kern baseball team. Funny enough, time would show that not only would I be able to hang with the boys, but I would be the starting first baseman while also ensuring the concession stand turned a healthy profit. That’s how I was raised, and so making the transition into the business world was not that difficult. Yes, I was and often am still surrounded by men, but I’ve been blessed by being surrounded by amazing men that celebrate and respect women and their ability to contribute. I’m also purposeful in surrounding myself with powerful women (76 and counting) that push me every day, and who will be featured in this column in the future.” 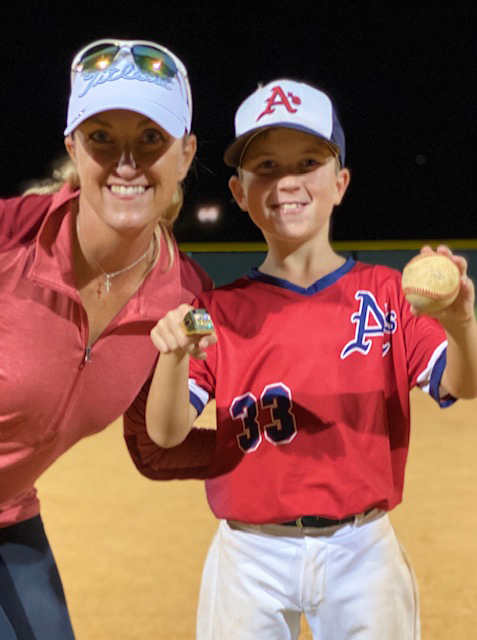 Vogelpohl offers a word of advice to young women and girls who might read this article. 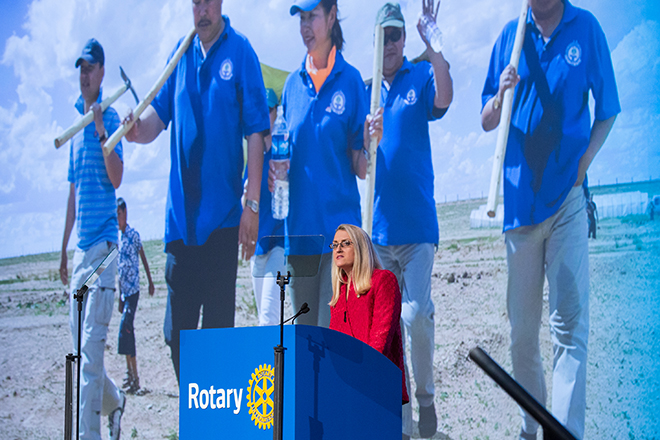 “Decide what you believe in and who you want to be and then OWN IT. Don’t let anyone or anything stand in your way. Surround yourself with positive forces that push you. If the playing field is uneven, play harder, play smarter and then when you’re the boss, do your part to level it for the next woman who steps on the field to play. Also, don’t own anything that says ‘Girl Boss’ on it. In terms of leveling the playing field, I’m super excited about the agency’s new initiative we just kicked off for Women’s History Month in conjunction with the Women’s Foundation of Arkansas.” 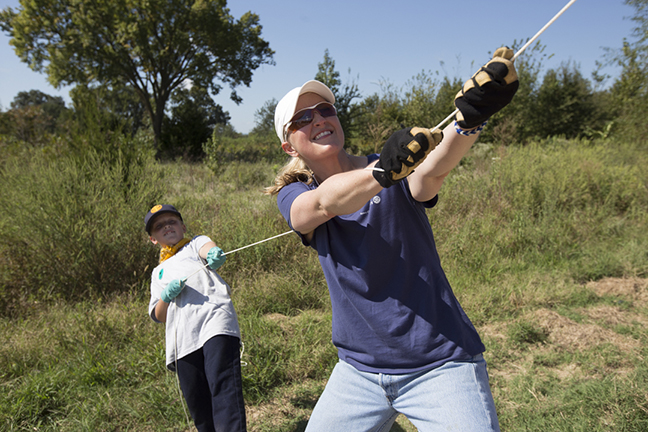 READ MORE: Rising Above: Jean Cook Keeps Delivering in Life and in Work