This spring, Arkansas will host its first-ever Southern Living Custom Builder Program Showcase Home. Capitalizing on the charm and ingenuity of the South, this nearly 4,000-square-foot home sits in the rolling hills of Roland, Ark., with a view that is sure to captivate visitors

[dropcap]Southern[/dropcap] Living is more than a magazine. It’s a concept and a company that has cultivated an outstanding reputation, bringing more than 15 million readers information about “all things Southern” including hospitality, through the monthly publication and its programs. The Southern Living Custom Builder Program Showcase Home (SLCBPSH) is one of those programs. 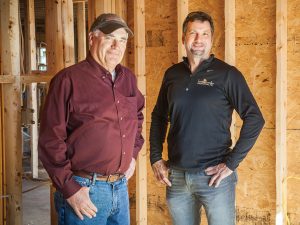 Each year, a number of Southern Living Custom Builder Program Members bring one of the company’s hugely popular house plans to life. Arkansas’ first-ever SLCBPSH is under construction and due to open in April. Perched atop a hill in Roland’s Waterview Estates, the home will feature products from some of the country’s most well-known brands, as well as exhibit the talents of a number of building professionals, under the direction of two Southern Living Custom Builders.

Southern Living Custom Builder Program Members (SLCBPM) are carefully selected. They are professionals who “transcend the pages of the magazine into a dream home.” The builders have extensive knowledge and experience as well as stellar reputations in their marketplaces and deliver well-built custom homes to their “discriminating customers.” 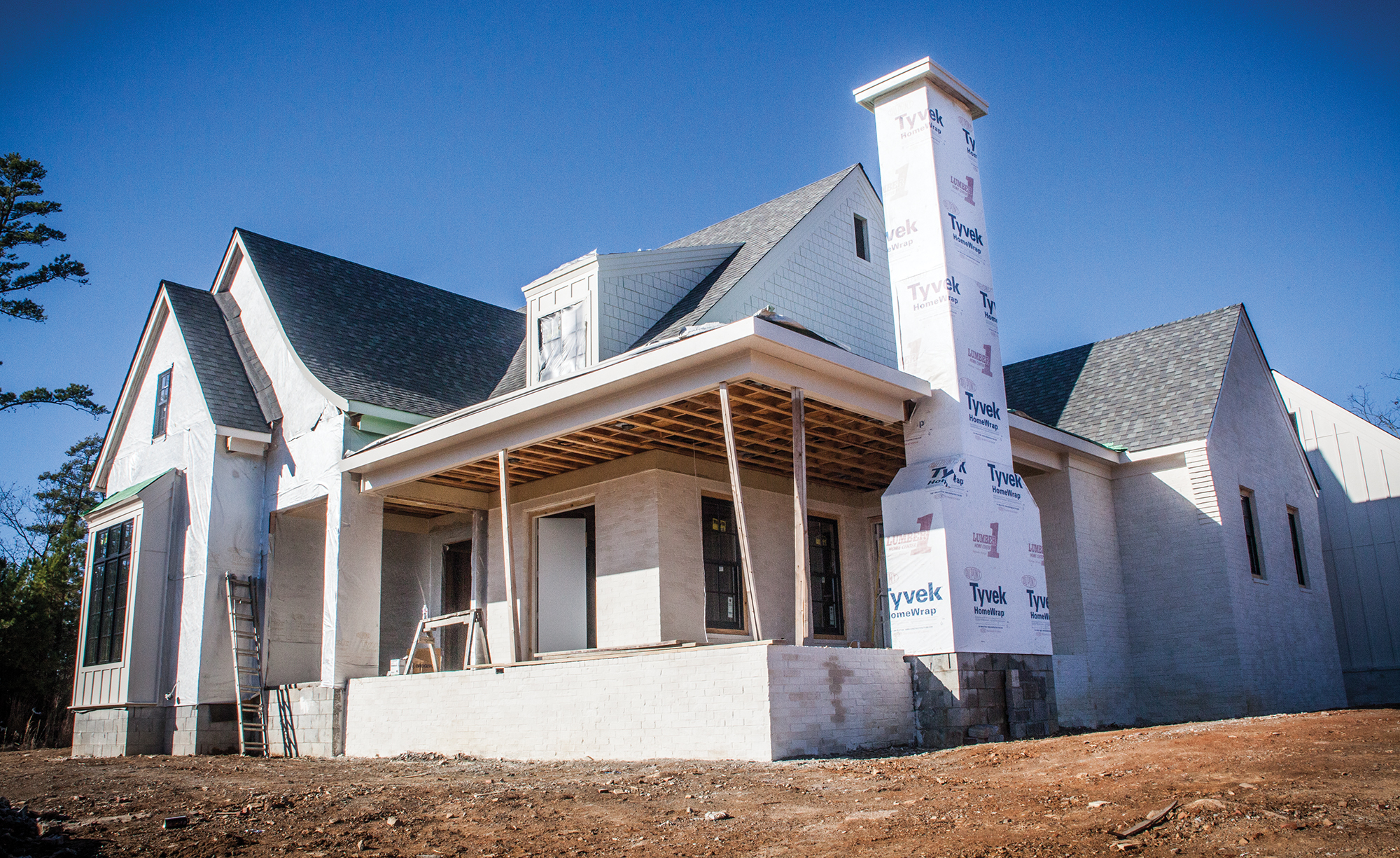 As of mid-December, the electrical, plumbing and heating and air rough ins were installed at the SLCBPSH. The brick had also been given a mortar wash.

Bret Franks is owner of Bret Franks Construction Inc. He formerly worked as a certified public accountant. Franks has been a builder for more than a decade and is a certified green professional. He and his team are building homes in Little Rock’s Chenal Valley, The Village at Hendrix and Princeton Village in Conway, and more.

Carl Gray, owner of Carl Gray Henson Construction Inc., has more than three decades of residential construction experience. He’s a graduate of Henderson State University and has been a SLCBPM since 1998. His company has homes under construction in Little Rock in Chenal Valley and Ridgefield Estates and in Roland at the Waterview Estates. 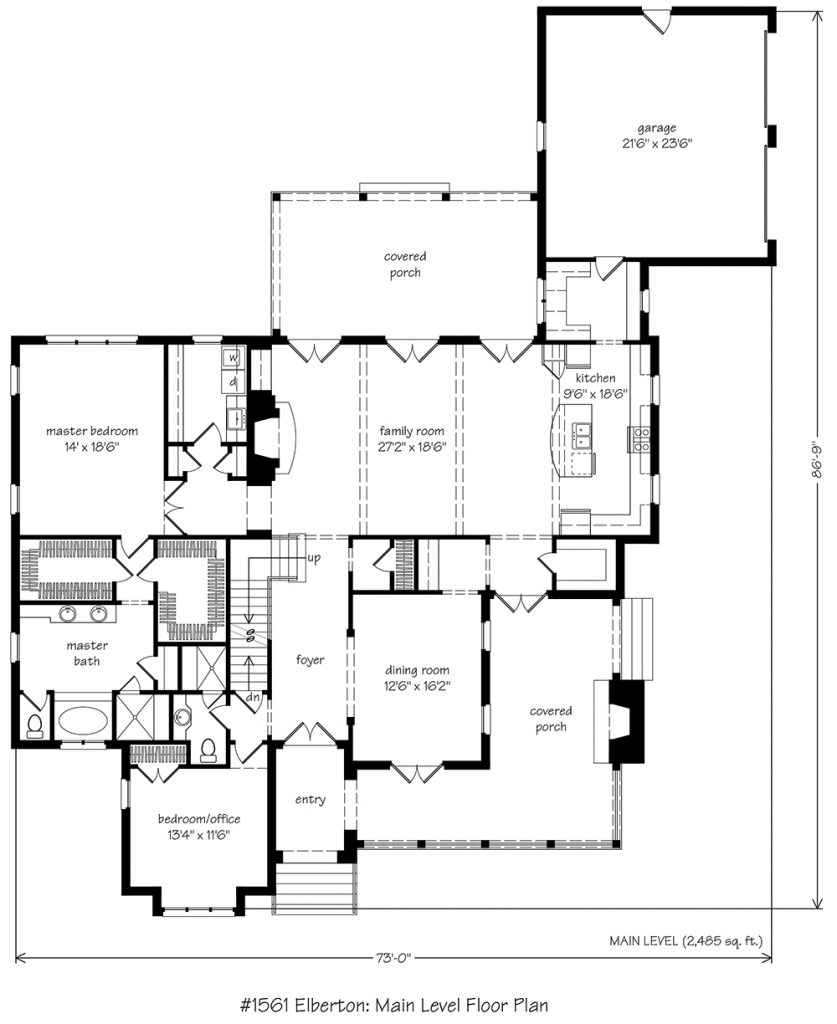 Franks and Gray are overseeing the construction of the home, which is based on the Southern Living house plan Elberton Way. The two-story home, which will eventually be placed on the market, will have nearly 3,500 square feet of living area and a three-car garage. The outdoor living space includes a wrap-around porch with a gas-burning fireplace and a covered deck in the rear.

Inside the country English cottage-style home, the main floor will include a formal dining room with butler’s pantry leading to an open kitchen and casual living space. This room also features a gas fireplace. Two sets of French doors will lead to the rear deck. Just off of the kitchen, there will be an office area/mudroom. A spacious laundry is planned, and the room will have great storage space. The master suite, also on the main level, will feature his and her closets, a coffee bar and a large bath with a separate water closet and a whirlpool tub. This level will also have a study. 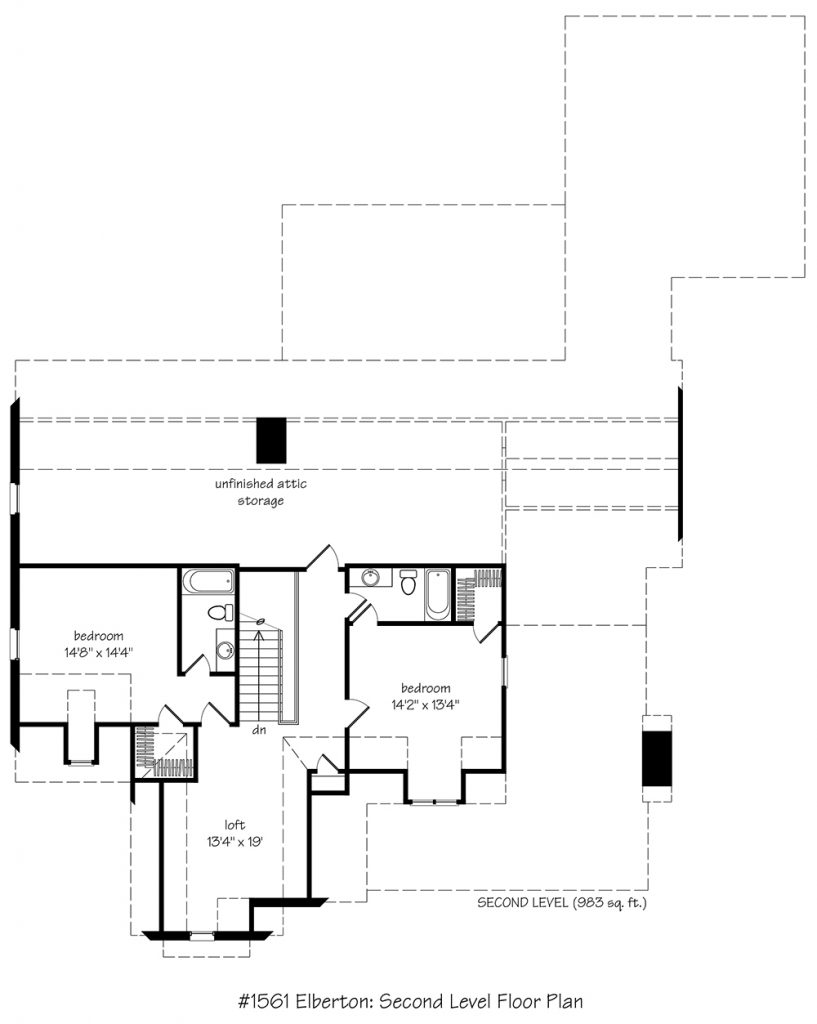 Upstairs, the landing will be furnished, perhaps as a children’s game area or sitting room; it divides the two bedrooms, one complete with a bath; the other with a door leading to a shared bathroom. An additional room on this floor can be finished out by the owners as a rec room, a bedroom or climate-controlled storage.

“The overall cottage style of the home is comfortable. We’ll play on this,” Thompson said. “We’ll use a very neutral, very light design aesthetic, incorporating creams, blues and gray tones, and use textures to add warmth.”

They will also enhance the home’s setting, which the two called “pretty awesome.”

“We’re excited about the outdoor fireplace, which will allow the owners to enjoy the fabulous view year-round,” Ray said.

Thus far, plans for the kitchen include the use of white marble, flat shaker-style cabinetry and polished nickel and chrome hardware throughout. They plan to furnish the passageway to the garage as a multifunctional space.

“We like an ‘undecorated-decorated’ look,” Thompson said. “So we’ll create spaces that are pretty to look at yet livable and functional. We want this to feel like a home, to look lived-in and not staged.”

AY is proud to partner with Franks, Gray and their partners as the official media sponsor of the first-ever Arkansas Southern Living Custom Builder Program Showcase Home, and we’ll bring you updates, details and photographs of the home as it progresses. Be sure to check out our Facebook and Instagram pages  for updates and pictures as we approach the unveiling and tours, which will benefit a number of state-based nonprofits.