Siloam Springs Has Something for Everyone

SILOAM SPRINGS, Ark. – People living in large cities across the country may believe that small towns offer no good restaurants, few amenities and are generally boring places to live, but Siloam Springs proves that isn’t the case.
With more than 16,000 people, Siloam Springs is tucked away on the Oklahoma border in Northwest Arkansas. And while it’s not Fayetteville, people living in Siloam believe that to be one of the town’s greatest strengths.
Allison Bellomy is a mother of four and works for a nonprofit. She moved from Houston with her husband and initially had plans to leave. But now, even though her husband no longer works in Siloam, they still live there.
“We fell in love with Siloam,” she said. 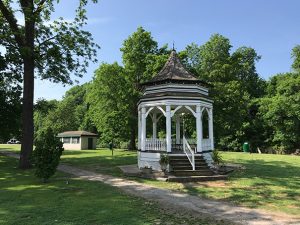 Bellomy loves the lack of traffic and low cost of living. During the summer, her kids enjoy camps the local library hosts, including horse camp, police camp and art camp. Her family also enjoys a number of activities in town including sidewalk chalk day, fishing day and mother/son and daddy/daughter dances.
On top of all that, her children are involved in local sports. Bellomy said her son plays club soccer, which John Brown University students help to coach. She has another son and a daughter that both play basketball with the Boys and Girls Club.
The mother of four said she also appreciates the people of Siloam. She described their incredible passion to support the local community and truly make it a great place to live.
Bellomy said she believes the town has everything she could want. And when her family comes up from Houston, she said they marvel at how beautiful the town and area are.
“The need to go to the city has been eliminated,” she said. “You don’t lack anything here.”
Bellomy said she intends to stay in Siloam for quite some time.
And the town doesn’t just have plenty for children to do, there’s something for everyone to enjoy.
Jon Boles, Parks and Recreation Department manager, said the town has high quality outdoor activities that are inclusive to everyone in the community. 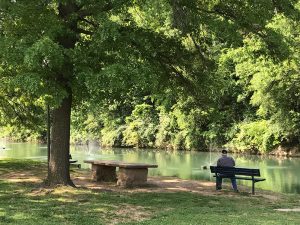 When someone new to the area moves in and visits the Parks and Recreation Department for the first time, they’re given a pamphlet full of things to do.
“They can decide what events to attend,” he said.
Boles said he doesn’t want people to have any excuse when it comes to getting outside and enjoying one of the city’s parks. Siloam Springs is about to finish up a dog park, as well as a new park next to the library with an amphitheater and splash pad.
But one of their biggest new projects has been going on at City Lake Park, which will include nearly seven miles of soft service trails for bicyclists, runners and walkers to enjoy. It’s scheduled to be completed by the end of this year, Boles said.
During the summer, the department shows family movies in the park and even hosts a dive in at the pool so kids can swim and watch a movie at the same time. This year, the department will be showing the hit Marvel film Black Panther, and more.
The department also organizes events like Second Saturday Music in the Park and a fishing derby for the kids where the Arkansas Game and Fish Commission helps stock the creek downtown.
All of these events are great places for families to meet and friendships to form, according to Boles.
As for comparing Siloam to larger cities like Springdale and Bentonville, Boles said each town has its own DNA. He said Siloam is a “very quaint semi-big town” where familiar faces can be seen at every event. Boles said as the town grows, more amenities will keep coming. 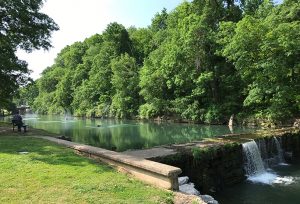 And the community sports teams like the ones Bellomy’s children participate in? Boles said they’re a huge part of the town.
From high school to club teams, local sporting events are well-attended by the community, the parks and recreation manager said.
For more information on events in Siloam, click here.
Siloam doesn’t just offer fun activities; there are also great restaurants, from Northwest Arkansas favorites like Pure Joy Ice Cream to lesser known gems like the Kung Fu Egg Roll food truck.
Ken McClary with NWAFood.comsaid the town’s dining options are growing.
“It’s keeping the locals from leaving,” he said.
Instead of going to Fayetteville, locals are staying around to enjoy restaurants like 28 Springs, The Cafe on Broadway and Fratelli’s.
McClary described 28 Springs as one of the most hyped and visited restaurants in town. Fratelli’s is a hole in the wall pizza joint that imports fresh ingredients straight from Italy, McClary said. 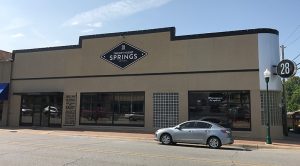 Those who want to grab a drink can visit Creekside Taproom, which offers local drafts, live music and Arkansas wine.
Chickadee’s Fresh Fare offers a healthier choice with great salads, organic shakes and other fantastic lunch options for a solid value.
If there’s one thing McClary said he’d like to see come town, it’s Indian cuisine.
“I’d like to see some Indian food come around,” he said.
And restaurant options are continuing to grow, with a farm to table restaurant coming soon, McClary said. And there’s another big secret in the works, he said will be a surprise for Siloam residents.
Siloam has a lot going for it, and the town is a gem that can hold its own against any other city in Northwest Arkansas, if not the rest of the state.