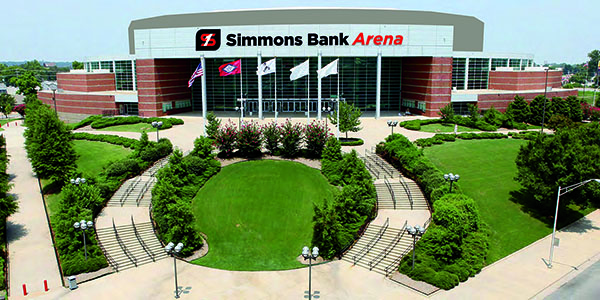 This week marks the final days of Verizon Arena. Soon the entertainment venue will be known as Simmons Bank Arena.

The Pine Bluff-based bank acquired the naming rights in November 2018 in a reported $10.5 million transaction. Simmons Bank will hold the rights for 15 years. The deal breaks down to $700,000 per year for the naming rights.

According to Simmons First National Corporation chairman and CEO George Makris, the corporation has bought the naming rights to engage its customers and to connect the Simmons name with an iconic Arkansas venue.

“The Arena is a beacon for economic vitality, culture and world-class entertainment in Arkansas,” said George Makris, chairman and CEO of Simmons First National Corporation. “Simmons is proud to join our name with an organization that helps our home state flourish by driving commerce and creating shared experiences.”