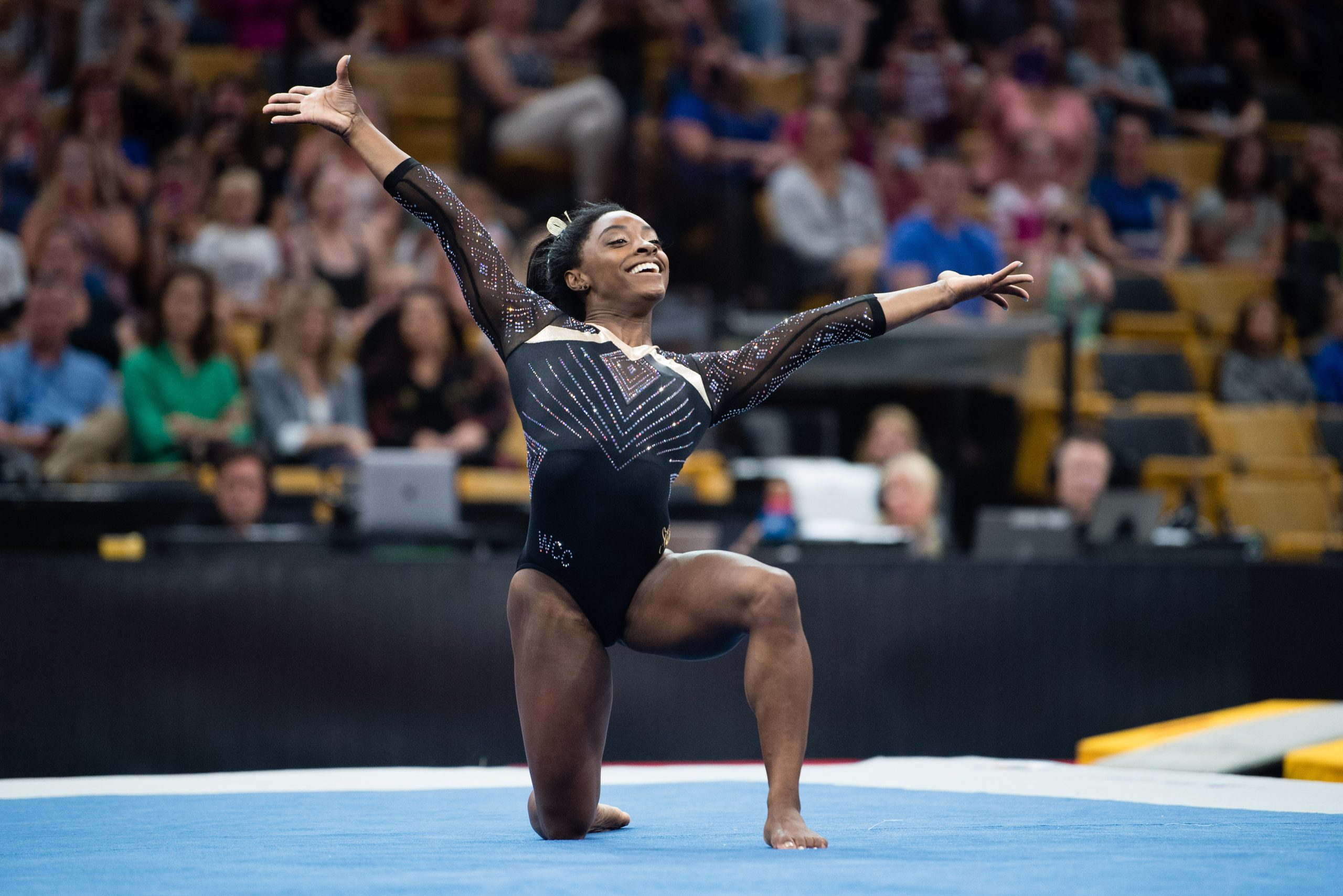 The most-decorated gymnast in history is coming to Arkansas. Simone Biles is headlining Athleta’s “Gold Over America Tour,” which has just announced a showing at Simmons Bank Arena in North Little Rock.

According to the press release, the event will be a “high-energy, gymnastics-meets-pop-concert spectacular,” and will feature “an all-star team of female gymnastic champions spreading messages of empowerment and togetherness to inspire the next generation of athletes.”

“I love the sport of gymnastics and want to help create a show that captures the pure joy of performing,” Biles says in a statement promoting the tour. “Athleta Presents Gold Over America Tour will match athleticism and entertainment, all while celebrating the gold inside each of us!”

Joining Biles for the tour are 2016 Gold and Silver medalist and Dancing With The Stars champion Laurie Hernandez; Katelyn Ohashi, NCAA National Champion and viral video sensation; Morgan Hurd, winner of three Gold medals in 2019 and 2020 at the Tokyo World Cup; Peng-Peng Lee, 2018 NCAA National Champion from UCLA; Danusia Francis, Jamaican qualifier for the 2021 Tokyo games; and Jordan Chiles, 8-time U.S. National Team member. According to the release, more gymnasts will be added to the tour in the coming months.

The “Gold Over America Tour,” headlined by Simone Biles, will show at Simmons Bank Arena in North Little Rock on Oct. 10 at 7 p.m. Tickets go on sale on July 22, and can be purchased at the Simmons Bank Arena Box Office or on Ticketmaster. To sign up for the presale or learn about various VIP packages, visit the show’s website.