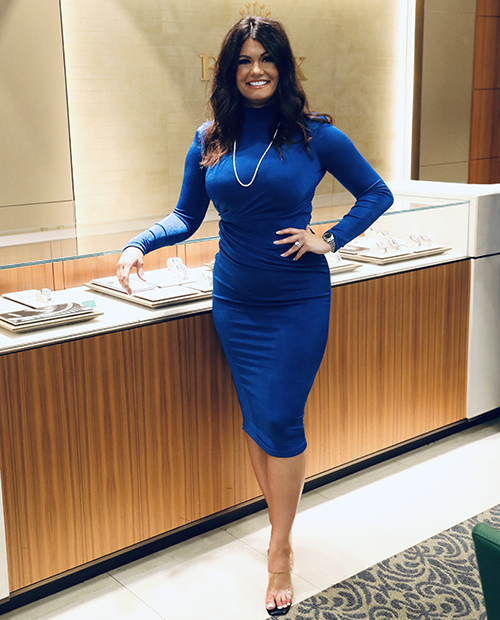 It’s dark on a Sunday evening and Dawn Jones has just returned home from dance practice. In the background, her two rambunctious little boys can be heard being shushed out of the room by their father, William. It’s getting late, she’s tired and she’s hungry.

You might think Jones to be a committed professional ballerina or maybe a pageant contestant tuning up for the talent portion. Or, at least, returning home after a high-energy, dance-infused gym class. You would be wrong on all counts.

Jones is something much more than all that, someone willing to give up part of her weekend to train at a dance studio for the privilege of performing in front of a massive crowd in one of Little Rock’s most celebrated venues at the 2022 Dancing With Our Stars, benefiting the Children’s Tumor Foundation. She’d be terrified if she wasn’t so committed to the cause.

“I have absolutely no background in dance or performance,” she says. “Zero. I think today was our fifth, maybe sixth dance lesson, and that’s total for my entire life. 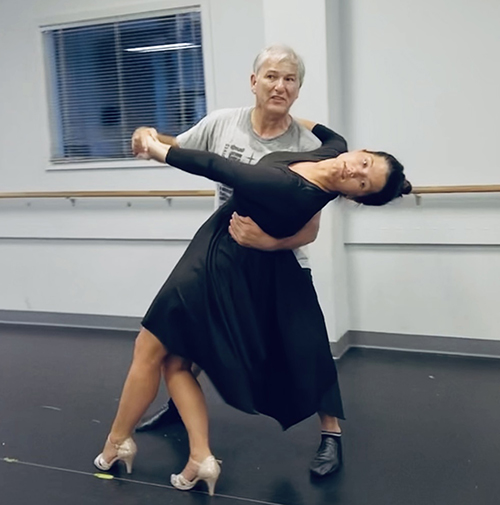 “This is so far out of my realm of comfort. Being on stage in front of people terrifies me, dancing terrifies me. I decided to challenge myself a bit.”

Jones will join five other celebrity contestants at this year’s event, slated for Sept. 8 in the Robinson Center Ballroom. Each dancer is paired with an actual dance professional to prepare for their big moment as they take their shot at the glittering DWOS trophy.

“It’s a little overwhelming because I have zero experience, but Edgar Hall is my dance partner and he’s a really good teacher,” Jones says. “I feel like we’re getting there.”

One thing she won’t want for is moral support from her family – the Joneses behind Sissy’s Log Cabin – who are not only planning to turn out in droves, but have signed on as this year’s title sponsor. 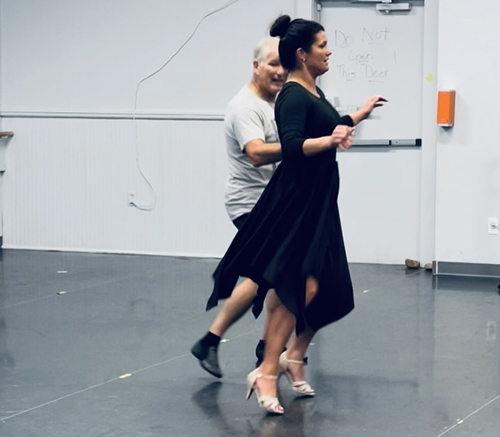 “Dawn’s so precious,” says Sharri Jones, Dawn’s mother-in-law. “This is going to be a very fun event. She has really taken this seriously on many levels, so we’re going to have our tables full and cheer her on.”

“Having the courage to get up on stage and do that is miraculous,” says Bill Jones, CEO of the famous jewelry business. “You’re a winner when you do that in the first place. There are very few people, I’d say one in 10, who would even think about doing something like that. I mean, would you?”

While there can only be one winner of the dance competition, youngsters all over the state and their families will be positively impacted by the evening’s proceeds. Funds raised will advance the Children’s Tumor Foundation’s ongoing mission to end neurofibromatosis, or NF, a set of complex genetic disorders that can affect almost every organ system. 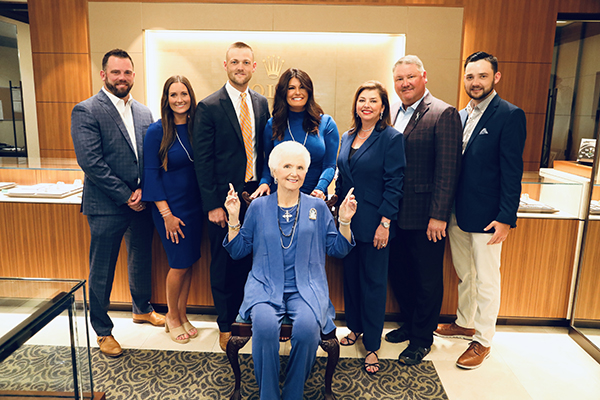 According to the Washington University Physicians NF Center in St. Louis, the condition causes tumors to grow on nerves in the brain and throughout the body. Usually diagnosed in children, NF affects 1 in 3,000 individuals in the U.S. and 2.5 million people worldwide.

While there is currently no cure for NF, the condition has recently received more attention, and progress is being made because of the Children’s Tumor Foundation, the world’s leading nonprofit fully dedicated to making NF visible, connecting patients with support and driving innovative research.

The Arkansas CTF organization contributes to this effort by supporting the national Foundation’s mission as well as helping families in Arkansas affected by NF to connect to patient support services, providing sponsorships for local teens to attend NF Camp and supporting local NF clinics. As its main fundraiser, the state organization is looking for Dancing With Our Stars to generate $250,000 this year, which would put Arkansas over the mark of $3 million raised for NF research.

But for sponsors like the Jones family, big numbers only tell part of the story. The real motivation for their being involved lies in the individual stories of children and their families right here at home. 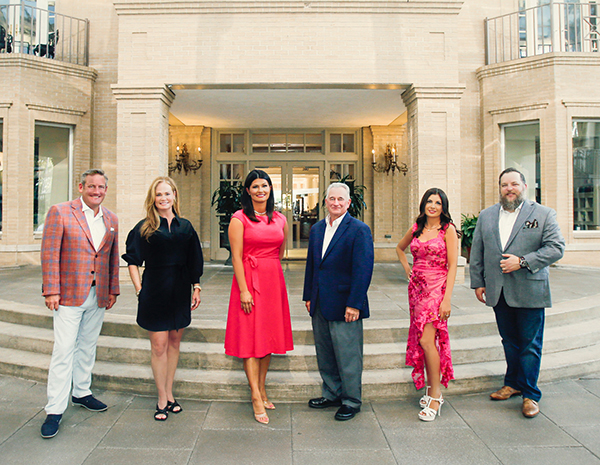 “The Arkansas team is unbelievable in the devotion they have for these children,” says Sharri. “I have a saying, ‘You don’t think about the church nursery until you need it.’ Until a child is affected by this situation, you don’t even know it exists. And once you do know, you want to do everything you can to support this foundation. The number of generous people who do that are just unbelievable; their hearts are so full of love and devotion to the children.”

In addition to its sponsorship of the event, Bill says Sissy’s Log Cabin is crafting special gold and diamond pins for this year’s winners as a special keepsake. He says even in a state with so many events supporting worthwhile causes, Dancing With Our Stars stands out.

“Just the love of kids and the fact that any kind of tumor is heartbreaking for a child to have,” he says to sum up the event’s appeal. “We want to help all we can with research and expanded awareness so they can possibly come up with a cure. We love kids and we love the fact that we can help.”

Competing in this year’s event with Jones and Hall are Nick Bradley-Hole of the Capital Hotel, paired with Allison Stodola Wilson; Penny Burkhalter, philanthropist and celebrity spokesperson, paired with Matt Boyce; and Barry Simon of Datamax, paired with Maddie Arancibia. Also competing are Dan Roda of Abaca, paired with Savannah Boyce; and Stephanie Keet of Keet Advertising, paired with Mike Nelson.

Dawn Jones, who confesses to being more than a little competitive, says she is training to win, but she’s participating for reasons that are much more personal.

“When my youngest son was born, we were swarmed by NICU nurses and they rushed him away from us,” she recalls. “He ended up fine. He has nothing wrong with him, but his heart didn’t fall into rhythm the way it was supposed to, and they had to monitor him. So, we got that sigh of relief but it’s still the single most terrifying moment of my entire life.

“When they asked me to do this, I remembered how awful it felt in those moments where you weren’t sure what’s wrong or what’s going to happen next. I thought about the parents whose kids are born and get taken away and then they find out something horrible, like they have a tumor that there’s no cure for. For any parent that’s feeling that way, I want to help.”

In-person tickets are sold out for the 2022 Dancing With Our Stars, but virtual tickets may be purchased at join.ctf.org/event/dancing-with-our-stars-little-rock-2022/e392631. While there, you can also learn about this year’s competitors and even make a donation in your favorite dancer’s name.

The annual Dancing With Our Stars Little Rock Gala would not be complete without a radiant panel of judges and emcees to help make the night a dazzling experience for an outstanding cause. Leading this year’s events are all-star emcees Alisha Curtis, Anne Preston and Daniel Robinson. 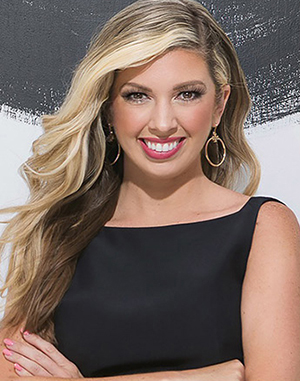 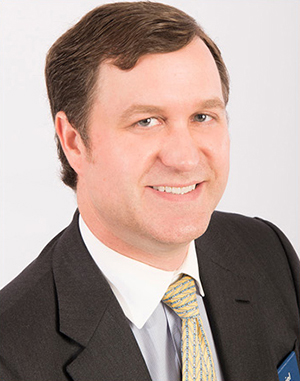 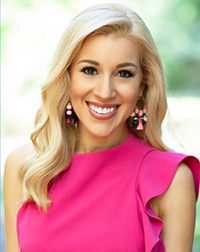 Throughout the evening, dancers will try to wow not only the crowd, but also all-star judges Rachel Parker-Harding, Anne Trussell and Bill Vickery. 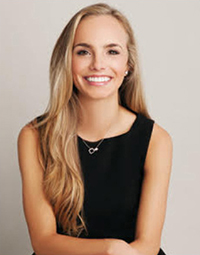 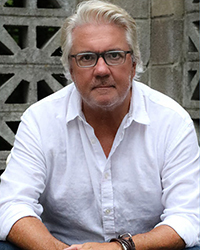 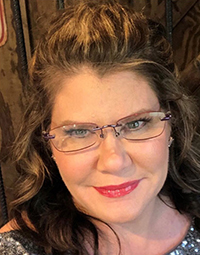