Sky of the Month: Stargazing in October 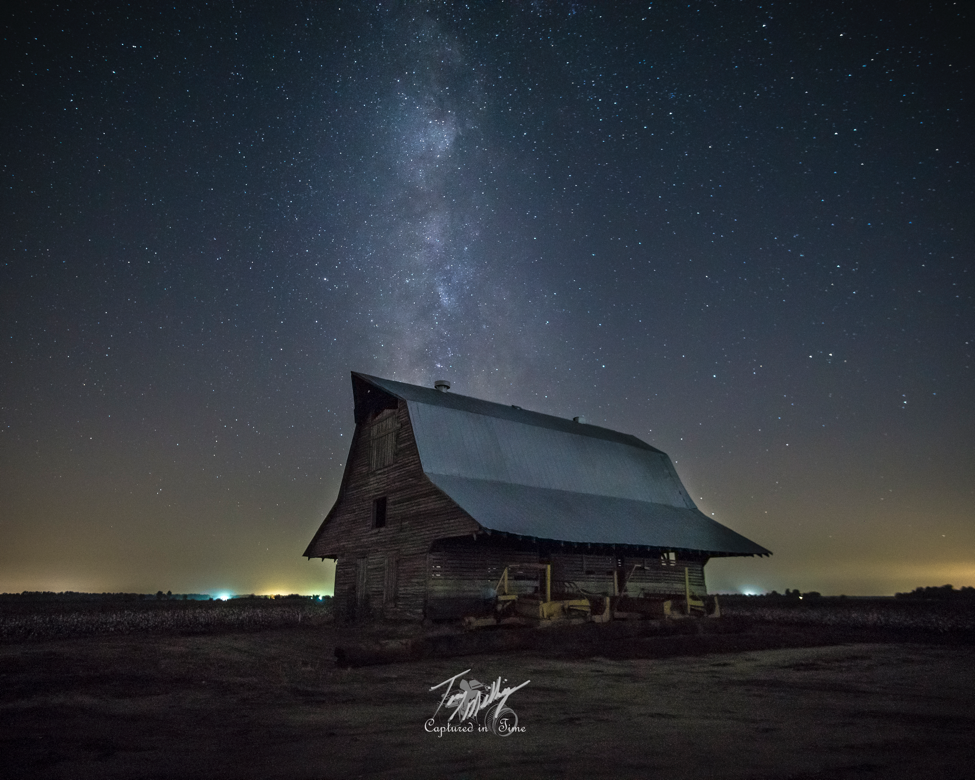 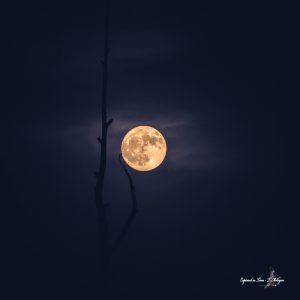 Halloween is Upon Us, by Tony Milligan.

*The full moon of October is often called the Hunter’s Moon or Blood Moon to notate the hunting season, where meat is prepared for the winter months. This not to be confused with the Blood Moon of a Total Lunar Eclipse. 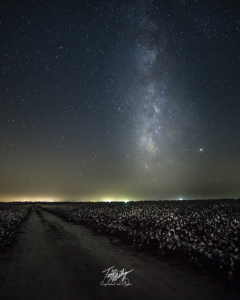 Harvest Season Under the Stars, by Tony Milligan.

While the Draconids are not a dazzling light show on most years, the shower usually offers about 5-10 meteors per hour from the dust grains of comet 21P Giacobini-Zinner. What makes the Draconids an interesting shower to observe, is that it is actually best viewed in the early evening, rather than the early morning of most meteor showers. Look to the constellation Draco under dark skies.

One of the most historic meteor showers comes back around this month – not for its production, but for its origin. The Orionids shower consists of debris from Halley’s Comet, the ancient queen of the bolides. The Orionids are known to produce about 20 meteors per hour at their peak. 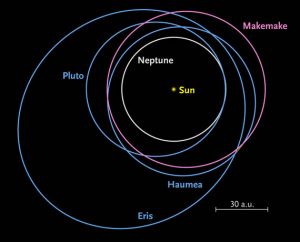 The orbit of Eris, courtesy of Sky and Telescope.

The second-largest known dwarf planet in the Solar System, Eris, is opposite the sun this month. At the same time, the dwarf will also be at its perigee, or closest point to earth, making it the most opportune time to view the rock this year. Given its distance and size, however, limits its viewability to a telescope only event. Look to the constellation Cetus around 9 p.m., and watch Eris climb to its highest point in our sky at around midnight.

Since our cousin, Mercury has an orbit that is closer to the Sun than ours, the planet is often lost in the suns glare for much of the year. A handful of times per year, Mercury reaches its greatest elongation, meaning its furthest point of separation from our star. This eastern elongation results in Mercury rising and setting after the sun, making it a bright, viewable object in our early evening skies. Look to the eastern horizon after sunset.

Our distant, gassy relative also finds itself in opposition this month, making it the perfect time to view the sometimes elusive planet. It will appear brighter and larger in our sky than any other time of the year, and will be accessible with either a telescope or decent binoculars. Look to the constellation Aries at around 8 p.m. and throughout the night. 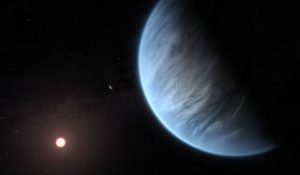 Sketch of planet K2-18b and its star, courtesy of NASA,ESA/Hubble, M. Kornmesser.

For the first time ever, scientists have found signatures of water vapor on an exoplanet in the habitable zone of its solar system. The planet, K2-18b, orbits a red dwarf star in a system 110 light-years away from Earth in the constellation Leo.

The planet was first discovered in 2015 by NASA’s Kepler Space Telescope, and this data to purport the existence of water in its atmosphere was compiled from NASA’s Hubble Space Telescope by astronomers at the Center for Space Exochemistry Data at the University College London. 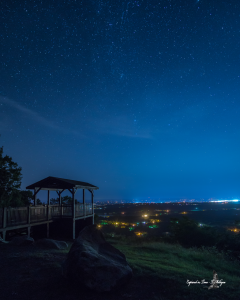