Sky of the Month: Stargazing in November

Every month, AY outlines the night sky in these easy to digest guides, highlighting the biggest and “brightest” celestial events to help better prepare you for stargazing activities; whether it is as simple as looking up when taking the dog outside, or as official as planning date night – we have you covered. 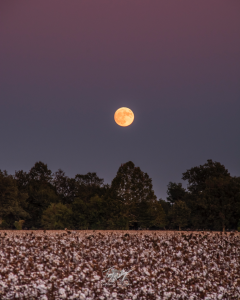 *The full moon of November is often referred to as the Beaver Moon, named after the beavers that build their winter dams this time of year. Beavers are generally nocturnal, so many of them begin conducting their “construction” work under the light of the November Moon. 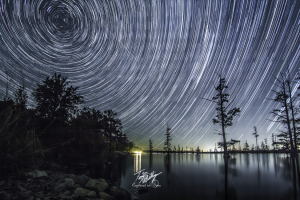 An unusual but long-running meteor shower, the Taurids actually consists of two different streams of meteors; one from the debris of Asteroid 2004 TG10, and the other from the dust grains of Comet 2P Encke. The Taurids showers can produce about 5-10 meteors per hour, making it a rather minor shower in context with its cousins that are richer in quantity. But what it lacks in numbers, the Taurids is more than capable of delivering on in quality, as it is known for producing “fireballs” — very bright meteors. The moon will be at first quarter on the Taurids’ projected peak night, providing better than average viewability.

The Leonids shower consists of dust grains from the comet Tempel-Tuttle and produces around 15 meteors per hour at peak rates. The shower will not become visible until around 11 p.m. each night, when its radiant constellation, Leo, rises above the horizon. Early morning meteors may also be seen until about 6 a.m. 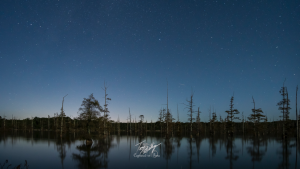 Mallard Lake and Stars by Moonlight, by Tony Milligan. 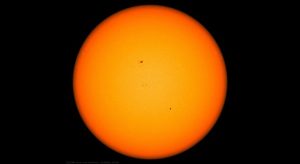 Make a wish, because on 11/11 this year our scorched cousin makes a rare transit across the Sun. These direct orbital paths of Mercury across our star only happen about a dozen or so times each century, with the last occurring in 2016 and the next not happening until 2032. When either of our more inner-orbiting neighbors (Mercury, Venus) make such transits, they form black silhouettes in front of the sun.

The Mercury transit will occur from about 6:30 a.m. until 12 p.m. Given the vast difference in size between the two bodies, special equipment will be necessary to view the phenomenon, such as a telescope with a special filter (do not look at the sun with a telescope without the right filter) or a solar projection box (which you can make yourself with just a few scraps).

November 24: Conjunction of Venus and Jupiter

Two distant cousins make a close approach to one another in our night sky this month, rising to within about a degree of each other. Given that Venus usually does not set long after the sun, this will only be visible for a little over an hour, becoming visible around 5 p.m. just above the south-western horizon.

Mercury marks its furthest point from the Sun in its morning apparition phase and its highest point in the early morning skies. Look to the western horizon at sunrise. 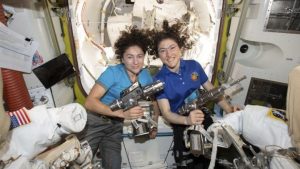 After about 200 NASA spacewalks, the first one ever conducted by only women made history last month. Christina Koch and Jessica Meir became the 14th and 15th women astronauts to ever “walk” in space, and the only two do ever do it as lone females. 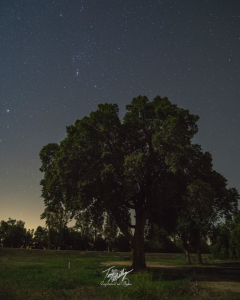 Early Morning in the Country, by Tony Milligan.

November 2: SCAS, How To Buy a Telescope

The best stargazing results are always going to be under the darkest of skies. So, if you can, find a place as far away from city lights as possible when checking out November’s night sky.