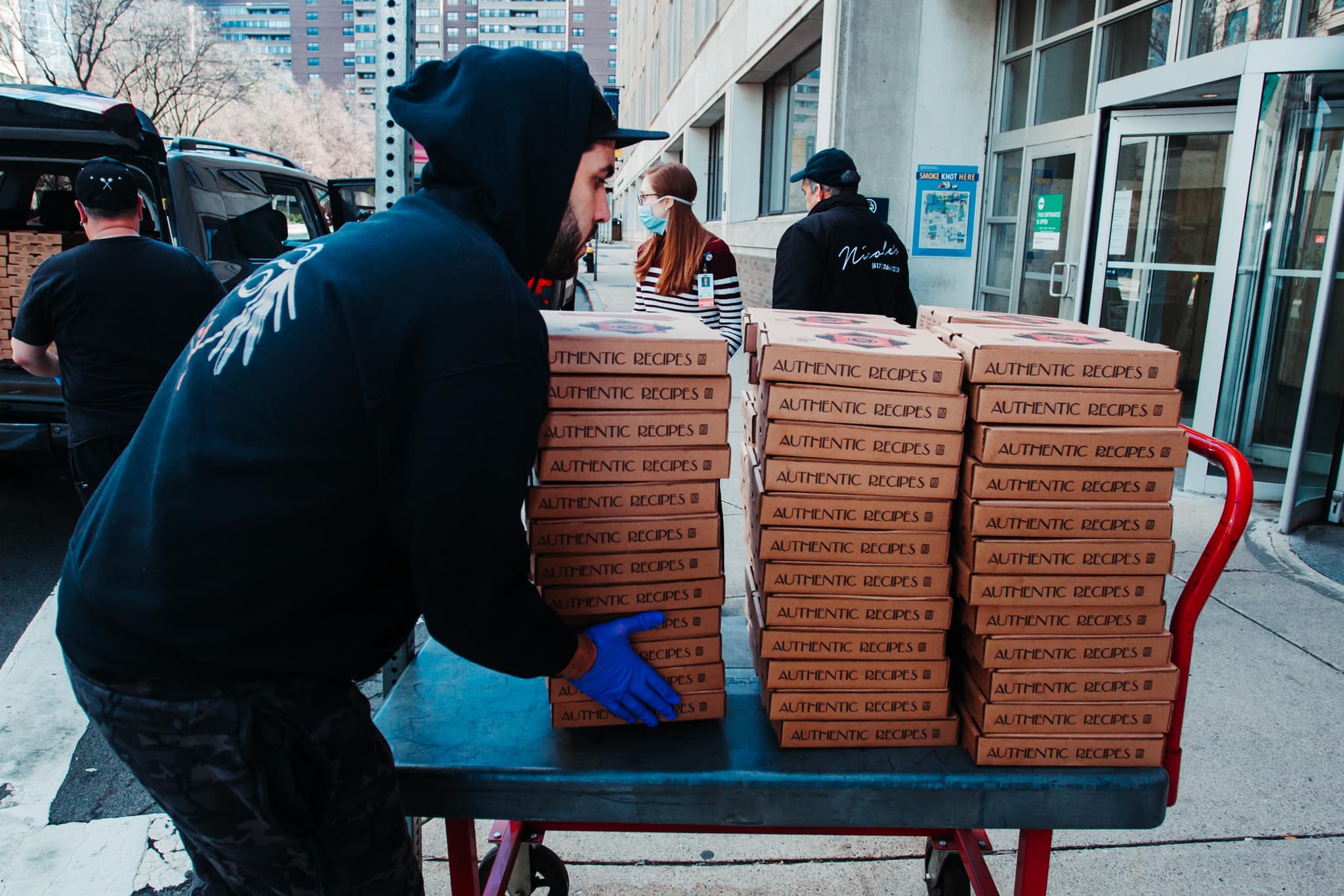 Workers at Arkansas Children’s were treated to a surprise last week when 222 boxes of pizza from Damgoode Pies and U.S. Pizza Co. showed up on the hospital’s doorstep. And while plenty of local businesses have been responsible for donating meals to medical workers during this pandemic, the name on the card for this special delivery wasn’t from around here. The pies were sent by Nussbaum Law Group, in Boston. 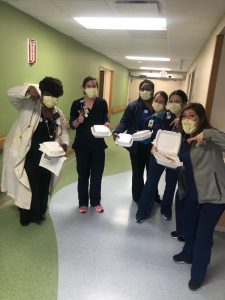 What has transpired since has evolved into a 1,400 mile pay it forward challenge, for the folks at Nussbaum did not simply order the pizzas and then rest on their laurels of goodwill. The firm immediately challenged the attorneys at Little Rock’s Linville Johnson law firm to do the same.

And Linville Johnson went even bigger, rising to Nussbaum’s challenge by ordering up 777 pizzas from Nicole’s Pizza in Boston, which were delivered to hospitals in the Massachusetts city. 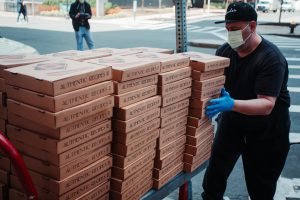 Nurses at Massachusetts General with their pizzas.

Now that the favor has been returned from Little Rock to Boston, Linville Johnson is sending an additional 777 pizzas to hospitals in both Lafayette, La. and New York City. But these pizzas arrive with a challenge to keep the pizza ovens busy across the country.

Johnson challenged Laborde Earles Injury Lawyers in Lafayette and Chaffin Luhana in New York, firms that are now in charge of spreading the love to hospitals elsewhere.

“We want this pizza challenge to spread to help feed those first responders and really inspire people to be part of the solution and help where they can,” Johnson says.