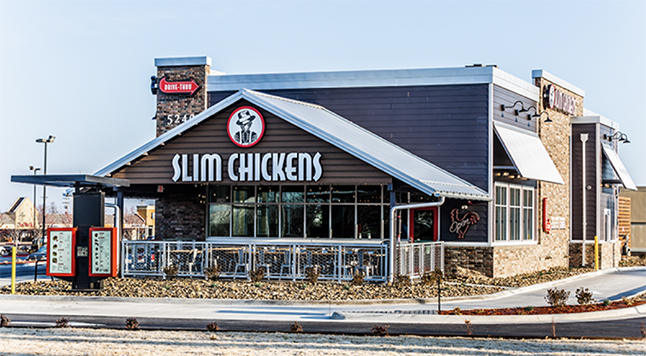 Arkansas favorite Slim Chickens is reaching a milestone next week. The chicken chain is opening its 100th restaurant – and best of all, it’s doing it right in Arkansas.

Company executives are coming to Little Rock on Wednesday, Dec. 18 to participate in the grand opening of the new Slim Chickens restaurant, which is located at 16105 Chenal Parkway. This is the fourth restaurant that Slim Chickens has opened in Little Rock.

There are also 81 locations outside of Arkansas, which are spread across 14 states and internationally. Slim Chickens’ two international locations are in the United Kingdom and Kuwait.

The other big news that goes along with the 100th store is the big check that Slim Chickens is giving away today. CEO Tom Gordon and Chief Brand Officer Greg Smart will present a $10,000 donation to Arkansas Children’s Hospital. The hospital’s CEO and president, Marcella Doderer, will be on hand to accept the donation.