Move over high-rise lofts and entertainment spots. Entrepreneurs are ready to drive new energy into the redevelopment of the downtown area. Can such innovation make Little Rock the new Austin?

wenty years ago, the River Market was a bunch of vacant warehouses. That’s what Gabe Holmstrom, Executive Director of Downtown Little Rock Partnership, told me. For those like me who have lived here less than that span of time, it’s hard to visualize.

Now, Little Rock is growing and expanding as a resource pool into which Arkansans are diving with their ideas and dreams. It’s unsatisfied with ranking in the bottom 4 percent in the nation (According to Bloomberg 2016 U.S. State Innovation Index) when it comes to innovation and has begun to foster growth and entrepreneurship in a way it never has before.

The redevelopment of downtown Little Rock was sparked in the late 1990s when the city realized it needed to use the river to its advantage, said Rett Tucker of Moses Tucker Real Estate. “When I was growing up in Little Rock in the 50s and 60s, we turned our back on the river,” Tucker said. “Where the riverfront park is now, was the county jail and a scrap metal dealer and a sand and gravel operation. In most places, water is an amenity and people pay more to be on it, or pay to see it.” 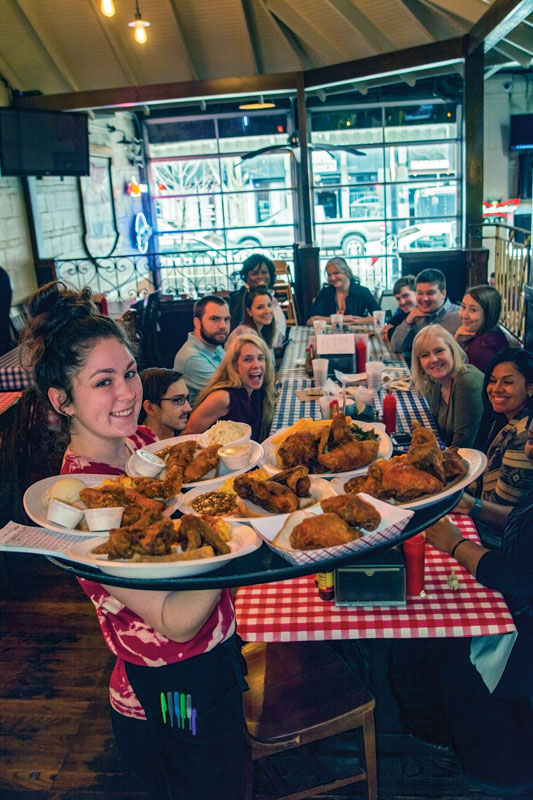 The anticipation for Gus’s World Famous Fried Chicken in the River Market is palpable. One of several out-of-state diners downtown, this was their first location opened outside of the Memphis area. Blue Sail Coffee and Zeteo Coffee of Conway will open in the coming weeks.

In the early 1990s, there was a city-wide planning process, Future Little Rock. The city made a goal to reclaim the river and create a cultural entertainment district on Clinton Avenue, which was then East Markham Street.  To do this, a consultant told the city, they needed to find anything that worked, and move it to the river.

They talked the Central Arkansas Library System into moving its main branch into the Fones building, merged the Museum of Science and Natural History and The Children’s Museum into what became the Museum of Discovery and moved it into what is now the Museum Center. A farmers’ market opened in the base of a parking deck at 6th and Scott. Its expansion eventually relocated it to the River Market.

During this time, Tucker said, President Clinton was trying to decide where to put his library. “He wanted to be part of something bigger,” he said, so he chose Little Rock over places like his birthplace Hope.

Moses Tucker wanted to be a part of that ‘something bigger,’ too, joining the call that persuaded Heifer International to build its headquarters next to the Clinton Presidential Center and Library. “You persuade an organization like Heifer to move to Little Rock by ‘having a good story to tell’,” Tucker said. “One that rings true. It can’t be smoke and mirrors.” 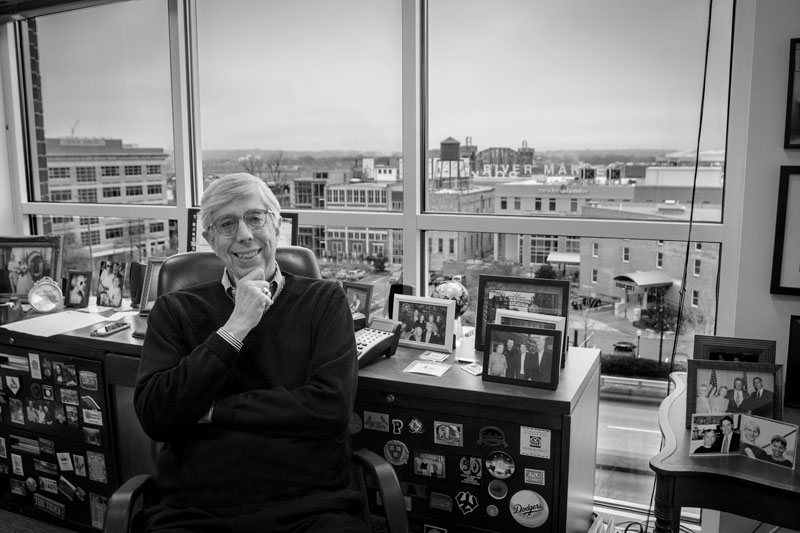 “We want to do more housing,” Tucker said. “We are very excited about the Tech Park. It’s all about job creation. That’s what I’d like to see more of.” – Rett Tucker, Moses Tucker Real Estate.

Organizations like The Venture Center in Little Rock and the Innovation Hub in North Little Rock are giving creatives and entrepreneurs the resources they need to move ideas from their heads to their hands, and to move meetings in coffee shops to meetings in collaborative co-working spaces.

Eight-year-olds can spend summers at the Innovation Hub on Broadway building robots and learning to code. They’re taught that engineering isn’t just building bridges, but it’s what put John Glenn in space. That studying mathematics doesn’t just have to end in a classroom, and that science isn’t a door that leads only to medical school.

The Innovation Hub offers classes to its members and to the public that range from ceramics to welding to 3-D printing and design, from introductory coding classes to bookbinding.

The Venture Center offers its knowledge and resources to many different levels of entrepreneurs, whether it’s helping to determine whether an idea is viable or providing the frameworks needed to transition a founder to the CEO of his company.

“We’re really skilled at building frameworks to create programs that produce results,” said Jessica Johnston-Myers, Director of Programs at The Venture Center. No matter what stage a member startup is in, TVC values mentorship. “We believe mentorship is more than just gathering around a cup of coffee,” she said. “It should be purposeful.” 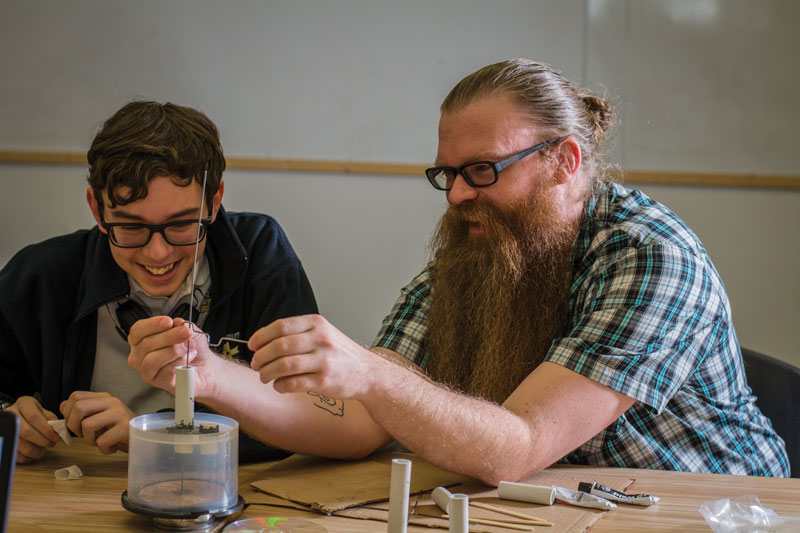 Britton Scritchfield works with students to make ideas into reality at The Innovation Hub.