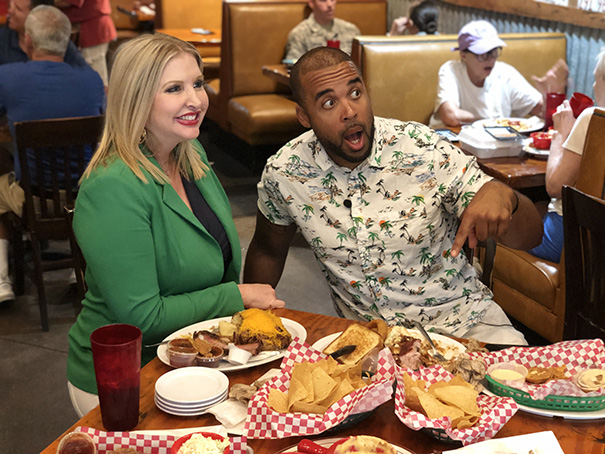 This week, the pair dropped by Smokin’ Buns in Jacksonville. Before heading in, Baker gave Williams the scoop on what to expect inside – one of her favorite food orders.

“It is a giant baked potato stuffed with barbecue and cheese dip and all the fixings. It is so good, and it’s one of my all-time favorites,” Baker says. 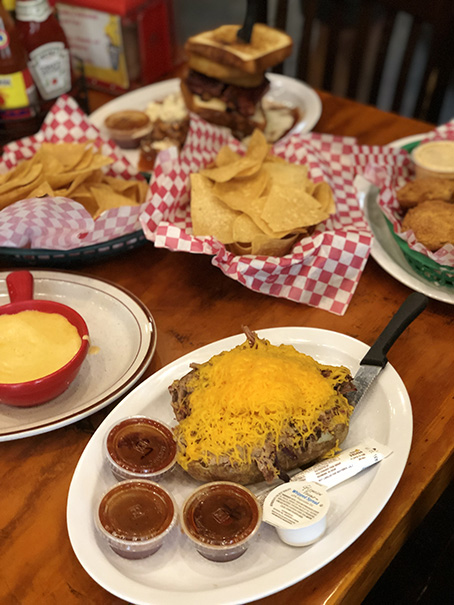 All this food tourism might be taking its toll on Williams, but he’s ready to keep going. “I was working on my figure, and I don’t know how long this is going to last, but the food is definitely worth it,” Williams jokes.

But on to the food! A spread of epic proportions was laid out for Baker and Williams. One of the first things to catch Williams’ eyes was the Hoss, a sandwich that is a tower of Texas toast, smoked pork, beans, sauce, slaw, 2 ribs and 2 onion rings – all held together with a knife.

The Hoss sandwich. It’s somewhat of a challenge,” Nicholson says. “It’s pretty much a plate stacked on top of one another.”

But Baker had other things on her mind – that baked potato. 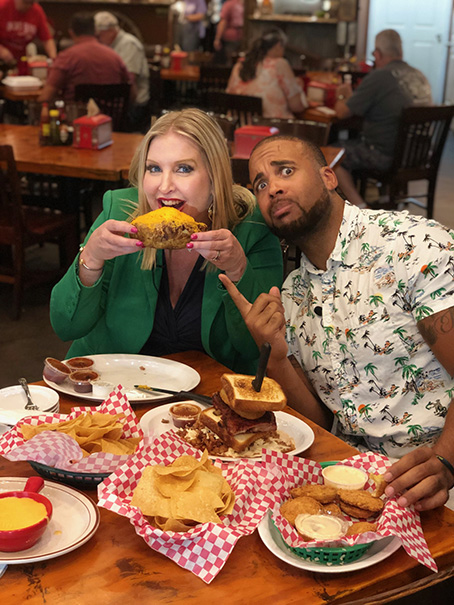 “It’s about 2 pounds. Pretty much, you can take half of it home with you if you really want to,” Nicholson says.

Smokin’ Buns keeps its grill running constantly throughout the week. “We do it every day. The smoker starts on Tuesday night and doesn’t shut off until Saturday night, so it goes 24/4, I guess you could say,” Nicholson says.

Eating at Smokin’ Buns was a success. While the baked potato remains her favorite, Baker says the fried green tomatoes are a close second.

“This bucket list is amazing. So many places to go to. Smokin’ Buns was a hit,” Williams says.

Next week, Baker and Williams will be trying one final spot on the Barbecue Bucket List – Hawgz Blues Café in North Little Rock. 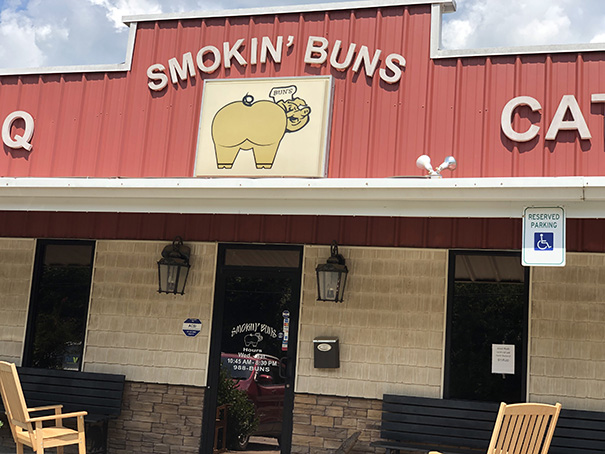 Smokin’ Buns is open from Wednesday through Saturday from 10:45 am to 8:30 pm. It is closed Sunday through Tuesday. 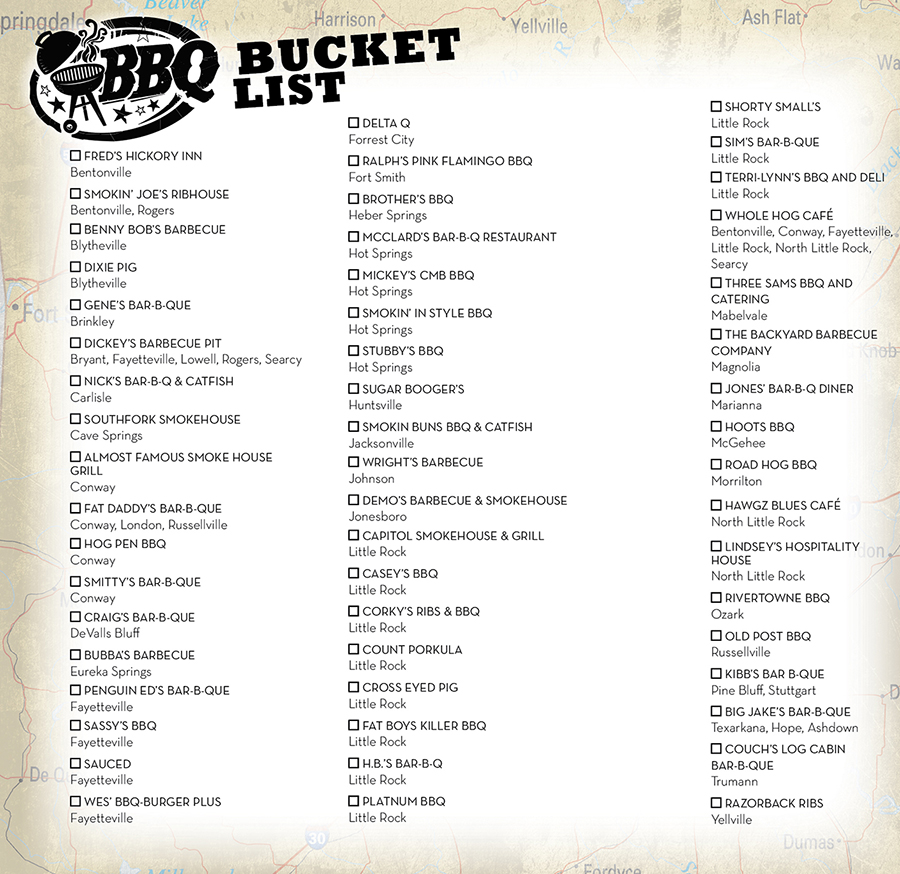